New Zealand vaping representatives have joined forces to condemn the Government continuing with its plan to rush legislation through Parliament to regulate vaping despite the Covid-19 lockdown. The Vaping Trade Association of New Zealand (VTANZ), New Zealand Vaping Alliance (NZVA), and Aotearoa Vapers Community Advocacy (AVCA) say their pleas for more time have been ignored, making the process grossly unfair.

Parliament has confirmed that public submissions for the Smokefree Environments and Regulated Products (Vaping) Amendment Bill will still close on 1 April after less than three weeks, with the Health Select Committee having to report back to the House by 2 June. The committee is expected to meet remotely from tomorrow, with oral submitters to present via videoconference.

“Now is clearly not the time, nor is it fair to force stressed-out business owners to worry about unrelated industry legislation. What’s more, I doubt the general public will be thinking about submissions as they try to keep family life as normal as possible and the cupboards stocked,” says VTANZ spokesperson Jonathan Devery.

NZVA agrees it’s astonishing the Government wants to rush through the vaping bill when Covid-19 is the most important issue facing New Zealand. Forcing businesses and Kiwis to have their say now or never is completely unreasonable.

“Given the bill has taken two years to get this far, extending the consultation period would make little difference to them, unless of course they’re using the bill for political tactics. The public wants Parliament to focus its efforts and resources on Covid-19, while we just want to keep our businesses going and staff employed. Interestingly, the submission deadline for the Screen Industry Workers Bill has been extended by over a month, which is great for them but unfair on us,” says NZVA spokesperson QJ Satchell.

Vaping consumer advocacy group AVCA was already concerned that Associate Health Minister Jenny Salesa last month called for the bill’s parliamentary process to be fast-tracked so the legislation could be passed before the General Election.

“AVCA and vapers around the country are deeply disappointed that the Government still refuses to budge despite the whole country now totally shut down. The shortened consultation period and compromised process will see the select committee hear mostly from well-resourced lobbyists and groups vehemently opposed to vaping,” says AVCA director Nancy Loucas.

Mr Devery says it is critically important to get the legislation right given the proven public health benefits of vaping products. The long-awaited regulation represents New Zealand’s best chance to combat the stranglehold tobacco companies have had on the nation, communities, and healthcare system.

“These are completely unprecedented times. Keeping the submission period short and trying to solder like nothing has changed will not make for good public policy. The vaping sector has been calling for regulation for five years and we’re pleased a bill has got to Parliament. All we are now asking for is some compassion and understanding from the Government to give everyone a bit more time,” says Jonathan Devery.

Those wanting to make a submission on the bill to regulate vaping can do so via the parliamentary website: https://www.parliament.nz/en/pb/sc/make-a-submission/document/52SCHE_SCF_BILL_94933/smokefree-environments-and-regulated-products-vaping

Image by Chickenonline from Pixabay 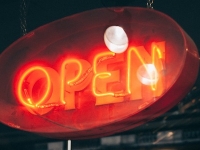 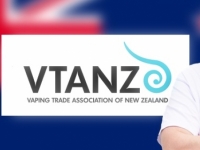 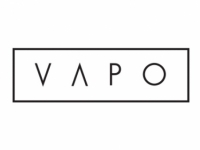