The American Vapor Technology Association has been an exceptionally busy organisation as state after state seeks to implement evidence-free proposals to crack down on vaping and tobacco-harm reduction. From flavour bans to taxes, it has its hands full – but has scored some notable recent successes.

Last week, the Food and Drug Administration (FDA) sent twenty-two warning letters to online and physical retailers of vape products. The FDA told them that the sale of ecigs, devices, juices, and potential illegality unless they were deemed products. Recipients included stores like 7-Eleven and petrol station chains.

The Vapor Technology Association responded: “We maintain the position that the removal of flavoured vapour products from the marketplace is simply the wrong decision. VTA remains committed to working with legislators to craft effective regulations and real solutions that will achieve the twin goals of further restricting youth vaping (which already is illegal) while preserving flavoured vapour as an alternative for adult consumers who are desperately trying to quit smoking.”

The VTA says that the vape industry is no exception as COVID-19 impacts American businesses, public and private institutions. It is reporting that, “modes of transportation throughout the country are altering the manner in which they conduct their operations and, in many cases, shutting down at least temporarily.” The organisation is monitoring how the “national emergency” effects the vape industry and is asking industry to email details to [email protected].

The VTA delights in reporting recent successes from the ongoing fight with individual states.

The organisation says that thanks to its concerted lobbying efforts, it was “able to defeat 15 harmful vapour-related bills” in West Virginia and looks forward to working closely with the West Virginia Smoke Free Association in the future.

Through a tie-up with the Washington Smoke Free Association, the VTA also managed to defeat an anti-flavour bill in Washington. “On Thursday, the bill was amended on the Senate floor and passed. Through one-on-one discussions by business owners and the VTA lobbying team with legislators, the bill never came to the floor in the House as the session ended for the year last night. This is a significant victory for our industry and adults who use flavoured products as a safer alternative to combustible cigarettes. Thank you to all those who helped us defeat this harmful legislation.”

The organisation has no time to rest on its laurels as it turns to fight the flavour ban proposal in New York, something it claims will cost the state $900million in lost revenue and cause 6,140 jobs to be lost. Then there is the anti-flavour bill in Vermont to address too.

It is also facing up to the challenge of a proposed $0.066 ml tax on liquid nicotine products in Virginia. Having already crushed a raft of anti-vape bills recently, the VTA is confident it can obtain success with respect to this nonsensical measure. 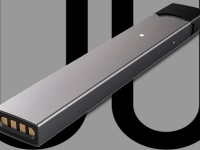