The government’s Tobacco Control Plan for England tasked Public Health England (PHE) to update its 2015 vaping evidence review every year until 2022. The sixth report was released on Thursday and looks at the prevalence of vaping among young people and adults. It also reviews research literature on vaping among pregnant women and people with mental health conditions.

The standout fact that the government has taken from the report is that over half of smokers believe nicotine vaping products are equally or more harmful than smoking despite US vaping deaths being caused by substances banned in UK. PHE says: “This is out of line with expert reviews from the UK and US concluding that using regulated nicotine vaping products is far less harmful than smoking.”

PHE says its advice remains that smokers should switch to e-cigarettes to help them quit smoking, but non-smokers should not take up vaping. “E-cigarettes are much less harmful than tobacco but are not completely safe. They contain significantly less harmful chemicals which cause diseases related to smoking but the long-term impact of using e-cigarettes will remain unknown for some time.”

“US authorities have now confirmed that vitamin E acetate, a thickening agent added to cannabis vaping products, was a primary cause of the US outbreak. This substance is banned from UK-regulated nicotine vaping products.”

The report identifies a need for continued monitoring of public perceptions, as the researchers fear that smokers are being deterred by safety fears from using e-cigarettes to quit, which will ultimately cost lives.

The report points out that current vaping use has remained stable in adults and young people since the last year and warns that a ban on flavoured liquids could also deter some smokers from switching to e-cigarettes completely.

PHE says: “Smokers should continue to be encouraged to try regulated nicotine vaping products along with other stop smoking aids and behavioural support, to increase their chances of successfully stopping smoking.”

The authors also found health professionals need better information and training to support people with mental health conditions to use e-cigarettes to quit smoking. The PHE has published advice on vaping for mental health trusts, which will be covered in a following article on POTV.

The researchers found that the available literature on vaping among pregnant women is not comprehensive and that more research is required in order to understand the prevalence, safety and effectiveness of using e-cigarettes in pregnancy.

The report recommended that:

PHE’s Professor John Newton, Director of Health Improvement, commented: “It is concerning to see how much the US lung disease outbreak has affected smokers’ views on e-cigarettes here in the UK. Safety fears may well be deterring many smokers from switching, leaving them on a path to years of ill health and an early death due to their smoking. The US authorities have now confirmed that vitamin E acetate, a thickening agent added to cannabis vaping liquid, was a primary cause of the US outbreak. This substance is banned in UK-regulated nicotine vaping products.”

“E-cigarettes are far less harmful than smoking, which causes 220 premature deaths a day in England. Our advice remains that for anyone who smokes tobacco, the most important thing is to stop smoking altogether and e-cigarettes can be an effective way to help smokers do that.”

“Our new advice on vaping in mental health trusts is an important step forward in empowering healthcare professionals to talk more confidently with their patients about the benefits of using e-cigarettes to stop smoking. This advice is another step towards the overall goal of a smokefree generation.” 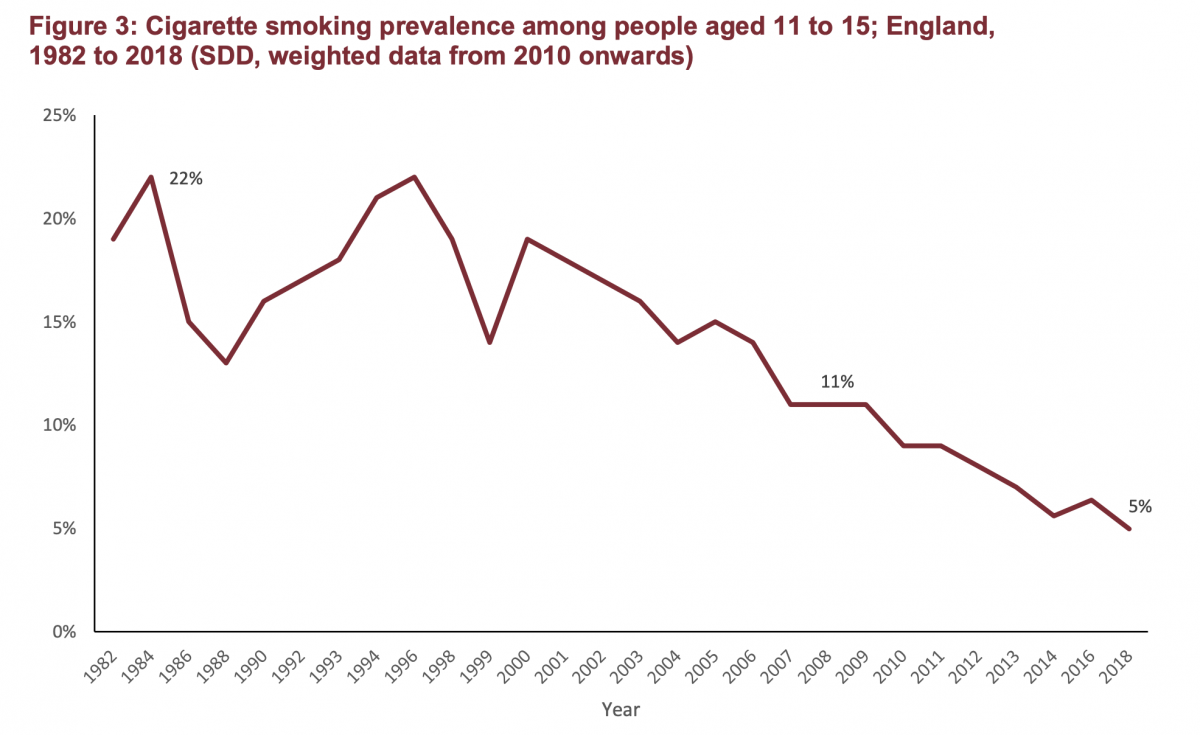 Professor Chris Whitty, Chief Medical Officer for England, added: “The best thing a smoker can do for their health is stop smoking completely. Electronic cigarettes can help some people quit smoking and are a safer alternative. This report is a further welcome contribution to building the evidence around an important area of public policy and highlights the challenge of maximising the opportunities e-cigarettes present while managing the risks associated with nicotine.”

Lead author of the report, Professor Ann McNeill, said: “It is currently very hard for smokers to make sense of the many contradictory reports on the impacts of vaping and smoking. In our review we present evidence that suggests in England, vaping has not undermined declines in adult smoking, and for youth, vaping is mainly concentrated in those who were already dabbling in cigarette smoking. However, we need to remain vigilant and ensure that vaping products, alongside regular cigarettes, are not easily accessible to young people.”

Deborah Arnott, Chief Executive of Action on Smoking and Health pointed out: “There are over 6 million smokers in England and smoking is still the leading cause of premature death and disease particularly among the most disadvantaged in our society. Helping more smokers quit is vital if we’re to achieve the government’s vision of a smokefree society by 2030, and vaping has a role to play. Vaping has helped many thousands of smokers quit to date. But many thousands more could benefit if they were not put off by the persistent, worsening and inaccurate beliefs the public hold about vaping. Smokers should be reassured by today’s authoritative and detailed report which shows that the UK’s e-cigarette regulations are effective and vaping remains a safer alternative to smoking. I urge smokers to have confidence in our regulatory system and not be put off by alarmist headlines about the risk of vaping which are not backed up by the evidence.”

George Butterworth, Cancer Research UK’s Senior Policy Manager, commented: “E-cigarettes are a relatively new product, they aren’t risk free and we don’t yet know their long-term impact. So, we strongly discourage non-smokers from using them. But research so far shows that vaping is less harmful than smoking tobacco and can help people to stop smoking. This report gives further reassurance to smokers about the relative harms of e-cigarettes compared to smoking tobacco, and also shows the UK is not seeing a rapid uptake in vaping among non-smokers and children, which is good news.”

Professor John Britton, Director of the UK Centre for Tobacco & Alcohol Studies and Consultant in Respiratory Medicine, University of Nottingham, said: “Smoking remains the biggest avoidable cause of death and disability in the UK, and using electronic cigarettes is an effective means of quitting smoking. So these new figures from PHE are disturbing, and highlight the urgent need for media campaigns to make sure that all smokers understand that switching to e-cigarettes is one of the most effective ways of quitting smoking and protecting their health.”

The industry reacted to the release of the report too. VPZ’s Doug Mutter, Director of Compliance and Manufacturing, said: “This is a welcome report at a time when research into vaping is continuing to demonstrate its value in helping stamp out cigarette smoking for good. The research shows that more people are believing the USA scare stories and not understanding that vaping is considerably less harmful than traditional cigarette smoking.”

“Cigarette smoking has continued to decline year on year since the introduction of vaping to the UK market around 10 years ago and currently sits at around 15% of the population. However, we are now seeing that this decline is beginning to slow down, and even in some parts of the country beginning to reverse with an increase in smokers.”

“That is why we need action from law-makers to use the medical research we have available and reframe the vaping debate to allow proactive education campaigns to help inform smokers of the benefits of making the switch.”

Doug continued: “This figure of 37% having never tried vaping remains far too high given the data available showing the harm reduction and ability to help smokers quit that we have available. We need a system in place that allows this data to be used to target smokers to encourage and support them out of smoking.

“We are reaching a point where the medical data and the general public knowledge is widening,” Doug added. “We have the ability to address this but only if we use research to guide our laws and campaigns towards more effective decisions. Without action we face a stream of endless reports which simply list missed opportunities to finally defeat a century long battle against cigarettes.”

The New Nicotine Alliance, Britain's leading consumer charity for nicotine users, said: “We welcome PHE’s report today as a timely reinforcement of the benefits of vaping to public health, plus an encouragement to the UK government to ignore siren voices and continue along the path laid out in the Tobacco Control Plan for England and the recommendations of the Science and Health Committee in August 2018.”

“A take-home conclusion of today’s publications is that over half of current smokers believe vaping is equally or more harmful than smoking. It is inconceivable that there should be such damaging information being spread when the potential for the world’s public from harm reduction could be revolutionary if only policymakers were exposed to evidence-led advice like PHE has provided, instead of baseless antiscientific heckling from shady vested interests on the sidelines.”

“If you are a vaper; a relative of a vaper; a smoker worried about making the switch; or a citizen of any country baffled by conflicting media stories, PHE and fellow weighty public health organisations in the UK did you a favour today on the subject of vaping, and did so on the UK government’s website.” 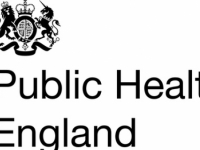