Vaping has featured in a number of media stories this last week, and there has been an emphasis on supposed negative aspects. The Mirror focussed on exploding mods, The Guardian balanced facts with nonsense from New York Governor Andrew Cuomo.

The Daily Mirror leapt on an announcement from The Office for Product Safety and Standards, demonstrating that nobody in the news office knew how to spell “cinnamon”, because of “devices exploding or causing fires”.

The paper quoted Product Safety lead officer Mark Gardiner saying: “There have been numerous reports of hazardous failure modes of the devices containing these batteries, resulting in serious injury and also death.”

Overegging the risk and stating “numerous” reports have been made is disingenuous. There have been very few, especially when compared to the incidents involving lithium-ion cells in other consumer products.

Any pretence at balance was destroyed by the list of other Mirror ‘shock’ articles linked to in the story:

It quoted puritanical zealot Dennis Herrera, a San Francisco city attorney, squealing: “San Francisco has never been afraid to lead. That will always be the case when the health of our children is on the line. Now, youth vaping is an epidemic. If the federal government is not going to act to protect our kids, San Francisco will.”

There is no youth vaping epidemic in the United States or elsewhere; it’s a lie.

It cited the Campaign for Tobacco-Free Kids, “the biggest anti-smoking organisation in the world”, calling the 95%-safer figure “mere fiction”.

The figure has been reassessed on an annual basis; it is not “fiction”.

Then, despite doffing a cap to Professor Ann McNeill, it cited the idiot Andrew Cuomo stating: “Manufacturers of fruit and candy-flavoured e-cigarettes are intentionally and recklessly targeting young people.”

They aren’t. Remember, Cuomo is the fool who recently said: “Vaping is better than smoking. Technically yes, but so what?”

The paper cites Deborah Arnott, Action on Smoking and Health, writing: “Britain is losing ground in the e-cigarette debate because of the virulent campaign in the US against vaping. ‘The noise is causing problems in how we are perceived…We’re being written off’.”

Many would opine that quoting Herrera, the Campaign for Tobacco-Free Kids, and Cuomo does little to rebalance the scales, ignores the evidence, and poisons the tobacco harm reduction well in the United Kingdom. Presenting their views isn’t offering ‘balance’ any more than asking an anti-vaxxer for their views on coronavirus immunisation. 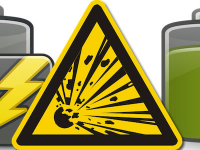 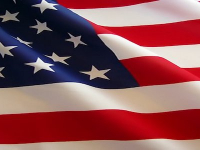