Ranil Jayawardena continues to probe the government with his anti-vape agenda as Baroness Blackwood, Lords health minister, resigns to ‘spend more time with her family’. Ferrari has announced that it intends to keep the Mission Winnow logos on its cars, and
Croatian vapers are facing up to a taxing issue.

North East Hampshire Conservative Ranil Jayawardena appears to be aiming to ask a probing anti-vape question per week, and asked the Secretary of State for Health and Social Care what assessment has been made of whether vaping shops are fulfilling their legal requirements to verify age and not sell to children.

Jo Churchill responded: “E-cigarettes in the United Kingdom are tightly regulated by the Tobacco and Related Products Regulations 2016 (TRPR) and the Nicotine Inhaling Products (Age of Sale and Proxy Purchasing) Regulations 2015 (NIP). These regulations include preventing sale to under 18s, restrictions on mainstream TV and radio advertising, and limit both tank sizes and nicotine content.”

“Local trading standards have powers for enforcement of both regulations. The Government has also funded the Chartered Trading Standards Institute to undertake a review of compliance of nicotine vaping products. The latest report, ‘The Tobacco Control Survey for England 2018/19: A Report of Trading Standards Service Activity’ reports that 34 councils were able to report the number of visits with volunteer young people where sales had occurred. 90 test purchase attempts resulted in an underage sale being made. This results in a 40% test-purchase-to-sale rate.”

“We are monitoring youth use closely and will take action, if necessary, to ensure that regular use among children and young people does not increase, and that e-cigarettes do not become a gateway to tobacco use. We continue to keep the evidence base on e-cigarettes under review and the next Public Health England annual review is due to be published next month.”

In the House of Lords, Baroness Blackwood has stepped back from the responsibility of being health minister. She said that she was “grateful to be offered the chance” to continue but wanted “to pursue new ventures and perhaps even get a glimpse of my family”. She had been responding to health questions for twelve months.

Italian consumer rights group Codacons has been threatening Ferrari with legal action, claiming the Mission Winnow car logos were an attempt by Philip Morris International to get around a ban on tobacco advertising. Ferrari has said it has no intention of dropping the logos that appeared in 10 of the 21 Formula 1 races last season.

Croatian Vaping association CROHM has announced that a new vape tax has been proposed in the country but they managed to get eliquid exempt following concerted consumer action.

It says: “Swift reaction from Croatian vaping community … gathered over 1000 signatures in 2 days, [following a] published petition against new taxation, [and] a press conference held in the Croatian Parliament.”

CROHM urged the Croatian media to familiarise the public with “the consequences of this unproper taxation”. The organisation says that thanks to its action the proposal was pulled back from public consultation. “On February 12th 2020., a new and revised proposal was announced proclaiming that taxation will stay at 0 HRK level.” 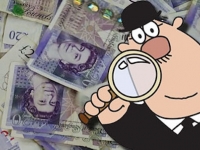