US Candidates on Vaping

The New York Times interviewed the Democrat candidates aiming to be selected to run for Presidential office about their views on vaping. Some of the responses were absurd; harm reduction advocate Clive Bates said that, “Anti-vaping activist and billionaire funder Mike Bloomberg explicitly comes out as a vaping prohibitionist.”

The New York Times posed the question “Should vaping products be legal?” to potential Democrat candidates because, “the safety of vaping products has emerged as an urgent public health issue, one that the president has the power to address directly. We wanted to know how concerned the candidates are and what they would do about it.”

Billionaire Bloomberg, former mayor of New York City, said: “I think vaping products are very dangerous. There’s an awful lot of evidence that some people have died from things which science can’t explain yet. The kids vaping in school. Err, vaping has an enormous amount of nicotine in it. The tobacco companies are trying to get kids hooked just the way they tried to get people hooked, and kids particularly, hooked on cigarettes. We made a lot of progress with cigarettes and now we’re giving a lot of that progress back. We should stop this right now, particularly the flavoured kind of vaping and cigarettes that young kids like. I think you could make a case for [banning vaping entirely].”

Responding to Bloomberg’s comments, Clive Bates added: “Remember, if you take the Bloomberg dollar, don't forget to disclose this extreme conflict of interest.”

Bloomberg’s prohibitionist zealotry wasn’t fully reflected by the other candidates.

Pete Buttigieg, former mayor of South Bend, said: “I’m very concerned about the harmful effects of vaping products and they should be held to a high standard. Investigations should continue. They should not be on the market if their safety can’t be demonstrated.”

Clearly Buttigieg stands little chance of being elected but he could still do with educating himself about the debate.

Amy Klobuchar, Senator from Minnesota, seemed as though she was struggling to remember her key points – does anybody know what icons she’s talking about? She commented: “I support the moratorium that’s in place right now because of these deaths that we’ve seen, and I think there’s got to be much stronger regulations if they’re start to be sold again. I’ve been at hearings about this where they were using icons to teenagers to advertise them, where they had flavours that were clearly meant to get young people hooked. I think we have to start regulating this just as we took on tobacco because what we’ve learnt is that it’s addictive and problematic.”

Elizabeth Warren, Senator from Massachusetts, came across as the most grounded of the respondents: “I believe in science. I believe in an FDA that is not governed by for-profit industries. I wanna see our government ban dangerous products. I don’t wanna to see kids get hurt from dangerous products. I want our government agencies to be able to just deal with the science, do what’s right based on the science and the health of the American people. That’s how I see it on this product and many others. The science I’ve seen talks about the danger of vaping products but also talks about some uses for vaping products. I don’t want to do this as politics, I don’t want to do this on money influence, I want to do this on what the science shows. That’s how I think in areas like this we make the best policies.”

Andrew Yang, former tech executive, just doesn’t have a clue: “Vaping products are clearly injuring and even killing Americans, particularly young Americans, and they’ve been marketed inappropriately. We need to regulate these products to a much higher degree but I don’t think we should ban them all outright.”

Tom Steyer, former hedge fund executive, got it all wrong apart from an adult’s right to choose: “You know, I think that the way it stands now that vaping is legal for people who are 21 or over is probably right…These are not smoking cessation devices, these are introduction to smoking devices, but I believe 21yr olds are fully formed adults and can make their own decisions.”

Donkey image by OpenClipart-Vectors from Pixabay

Flag Image by Mediamodifier from Pixabay 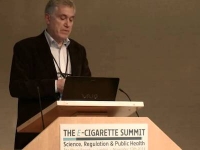 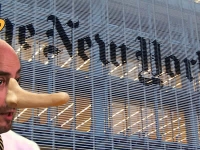