The United States Centres for Disease Control (CDC) is “concealing and suppressing information” according to leading harm reduction expert Professor Michael Siegel. The consequence, he contends, is that potential harms are being “overhyped … in order to deceive the public”.

Last week, the CDC finally stepped back from recommending an outright swerve of vaping for everybody. It dropped its broad recommendation on the CDC website that people refrain from vaping. The CDC chief science officer, Brian King, said: “Recommendations were refined to reflect the best available scientific evidence and to best protect public health. The available science shows that Vitamin E acetate is strongly linked. There’s really a tale of two epidemics occurring.”

“The number one cause of severe, vaping-related health damage to youths is not electronic cigarettes,” says Siegel. “although you would not know that from reading the CDC's literature on youth vaping.”

The professor states that the hundreds of people who have suffered from respiratory failure and death, now termed EVALI, have not suffered as a result of vaping – but rather the misuse of illegal, unregulated marijuana or THC liquids.

“Substantial numbers of youths have been affected by psychosis due to vaping THC and in some cases, groups of youths have actually had to be taken to emergency rooms because of the vaping of THC products that may have been contaminated with synthetic marijuana or other drugs.”

“This is by no means to minimize the harm being caused by addiction to devices such as JUUL which deliver high concentrations of nicotine salts. However, it is to point out that what is actually causing serious acute health harm to adolescents is THC vaping, not the use of e-cigarettes.”

“For some reason, the CDC has been concealing this critical information from the public. For three years in a row (2016-2018), the CDC's National Youth Tobacco Survey (NTYS) showed that the overwhelming majority of youths who were heavy e-cigarette vapers (use on 20 or more days per month) were also vaping marijuana. However, in all three years, the CDC failed to report these data.”

“In fact, had the CDC reported these data in 2016, it is possible that steps could have been taken that would have averted much of the disease and death caused by EVALI in 2019 because the problem of youth marijuana vaping would not have fallen off the radar screen.”

Siegel lists the data that demonstrates that the majority of ever-use teen vapers use THC liquids, something that exceeds 70% of heavy-use vapers. Then, as if hiding that detail wasn’t bad enough, he highlights how the CDC didn’t even bother to ask the THC use question in 2019.

“One can only get the impression that the CDC is intentionally hiding from the public the extent of the youth marijuana vaping problem because it wants the public to incorrectly believe that e-cigarettes - not THC vapes - are the greatest and most serious vaping-related health risk faced by our nation's youth.” 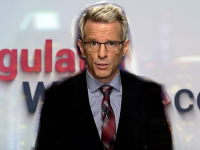