India’s Parliament continues its war on common sense, declaring itself in direct opposition of tobacco harm reduction, as it passes the Prohibition of Electronic Cigarettes Bill 2019. Limp arguments and fraudulent claims have achieved the almost impossible: prompting Indian doctors to speak out against the nonsense.

Following Parliament’s vote, Doctor Bharat Gopal, a Senior Pulmonologist and Director of National Chest Centre in Delhi, said: “There is data available regarding e-cigarettes as smoking cessation devices from the UK, so Indian studies should have been taken up by the government as well as health organisations.”

“A ban will also give rise to a black market and the government will not have any control over it. It would have been in the greater public interest if the government would have regulated e-cigarettes and allowed more research on harm reduction tools.”

Doctor Sree Sucharitha, a Researcher at Tagore Medical College in Chennai, stated that the whitepaper by Indian Council for Medical Research, the one that proposed the vape ban, was riddled with lopsided, unscientific views: “There are many ex-smokers in India who moved to e-cigarettes because they failed with nicotine gums and patches, and now with the ban, they will be forced to go back to smoking. This is a regressive step taken by the government, which is often sceptical about new developments. This happened with vaccines, condoms, etc. in the past but the policies ultimately changed. The bill to ban e-cigarettes is a defeat for science.”

New Delhi BLK Super Specialty Hospital’s Dr Aparajeet Kar added: “The bill to ban e-cigarettes is surprising in a country like India where so many deaths are reported due to smoking. The government has neglected the harm reduction benefits of e-cigarettes and has been relying only on the biased whitepaper of the Indian Council of Medical Research.”

“Those who gave up smoking with the help of vaping devices will now be vulnerable to diseases such as lung cancer, COPD, bronchitis, etc. as they will move back to conventional smoking due to non-availability of e-cigarettes. The government should have considered regulation as it has been done in various other countries, but banning is not a solution.”

Association of Vapers India’s Jagannath Sarangapani is quoted as saying: "Lots of vapers who are former smokers are facing a serious crisis as this ban has forced them to return to smoking and other forms of tobacco. Instead of coming to their aid, the government has pretended they don't exist, nor do the 110 million current smokers who have been denied access to less harmful alternatives." 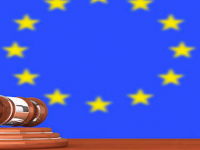