UK Vaping Industry Association (UKVIA) spokesperson John Dunne took to the airwaves in Leicestershire to discuss the recent case of a boy with lung problems. He told Ady Dayman and Jo Hayward that vaping is meant to be a harm reduction tool and that the incident was similar to a food allergy.

Jo Hayward introduced the segment: “You’ll be aware of the rise in the popularity of vaping, particularly as people are trying to stop smoking. It’s a way of replacing the habits, it’s huge – vape shops popping up all over the place. But there are a few concerns now about the safety of vaping.”

Later, they would speak to Ewan Fischer, “a young man who had to be treated by specialists at hospital here in Leicester. He had terrible problems with his lungs, and doctors have told him that it was linked to vaping.”

Addressing the long-term safety fears, John Dunne told them: “Well, my current advice is the same as it’s always been, and the same as Public Health England’s: if you don’t vape, you shouldn’t smoke or vape, but if you are a smoker and you’re looking to do something that’s better for you, then vaping is the perfect option.”

“It’s twice as effective as all other NRT products combined and it’s at least 95% less harmful for you than smoking is. The one thing we need to understand with this is that nobody is saying vaping is 100% safe. And, especially in Ewan’s case, what we need to understand about that is it’s actually an allergic reaction. So, it’s very similar to that of a food reaction, a food allergy. It just happens to have been that whatever he’s allergic to happened to be in a vaping eliquid. To say it’s vaping related is a little bit misleading.”

Jo Hayward responded by saying there’s no argument about how useful vaping is to help people get away from smoking, “I think that’s something that’s universally acknowledged”, but she voiced concerns about people vaping over the long term (instead of quitting nicotine use altogether).

“What vaping is designed for is to help smokers to move to something that’s less harmful for them,” responded John. “Now there’s two types of people that use the product: there’s those people who use the product to wean themselves off the consumption of cigarettes and nicotine altogether, but there are a subset of people out there who enjoy the experience – and those are the people who continue to vape beyond the need for the nicotine habit. What we find is that a lot of these people will wean themselves down to a very low level of nicotine, or even in some cases come off nicotine altogether.”

Hayward contended that we have no idea about the long term implications. Asked if this worried him, John replied: “No, not from the results I’m seeing at the moment. We’ve had vaping for about fifteen years in this country and I don’t think I’ve seen a single category where so many scientists are looking at it at a given time, but obviously we don’t know what the effects are 10, 20 years down the line…”

“…but that’s worrying, isn’t it? That’s what they said about smoking,” interjected the host.

“Put it into context, we’ve got 220 people a day in the U.K. dying from smoking, and what we do know is that vaping – with all the evidence that’s there – is at least 95% less harmful for you. So, if you’re a smoker, it’s a natural thing for you to do.” 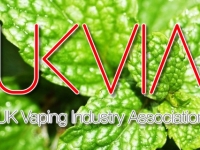 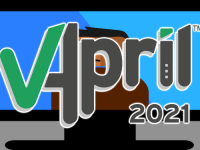 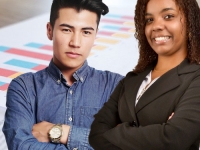