Sandwell and West Birmingham Hospital Trust recently introduced vape shops to hospitals in a bold move to drive down smoking rates. The brave initiative has reaped early results with low rates of smoking on hospital sites. The Diana Princess of Wales Hospital in Grimsby is using a smoking shelter to advertise the benefits of switching to vaping.

The Sandwell and West Birmingham Hospital Trust achieved fame around the world when it announced a partnership with Ecigwizard. The vape company opened up two stores within hospitals in a unique drive to combat smoking on hospital grounds. The Trust kept several smoking shelters but announced they would be for vaping only.

Announcing the move, Dr David Carruthers said: “The Trust’s Board, and our clinical leaders, are united in the view that smoking kills. Given that simple truth, we can no longer support smoking on our sites, even in shelters or cars. Every alternative is available, and we ask visitors and patients to work with us to enforce these changes. Giving up smoking saves you money and saves your health. No more passive smoking on our sites is a public health necessity.”

A measure of Sandwell and West Birmingham’s success is that the Trust has only issued six fines since banning smoking. Initially the Trust was accused of adopting a “money making” policy, but the very low level of fines puts pay to that notion.

Chief executive Toby Lewis said: “We continue to enforce our trust-wide smoking ban, including in cars parked on our grounds. Our security team along with staff have successfully challenged a number of people caught smoking on site. However, since the introduction of the ban we have issued six fines.”

“We continue to enforce the policy and smoking wardens patrol the sites along with security officers. CCTV is also monitored. This month is Stoptober and so we also want to take this opportunity to remind people that there are a number of ways they can quit the habit, which includes using the local Stop Smoking Service or by accessing Sandwell’s Everyone Health Stop Smoking Service. Inpatients continue to be offered smoking alternatives such as nicotine replacement therapy."

The Diana Princess of Wales Hospital in Grimsby has been slated in the media for “using public money” to build a smoking shelter. The local newspaper snidely wrote: “The entrance of the Scartho Road hospital is notorious for being littered with cigarette ends and there are always smokers outside - often in pyjamas and others even in wheelchairs with a drip stand. Expectant mums are also often seen having a cigarette outside the maternity wing.”

Scott Crosby, Public Health England, pointed out that the hospital’s “emphasis is shifting efforts away from simply enforcement and rather towards garnering support and continually finding ways to improve compliance.”

It is doing this by using the shelter to advertise the benefits of switching to vaping and offering advice on how to go about it. Maybe its next step could be to open its very own vape store on site? 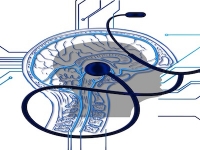