Ten years ago, experts were predicting the end of the American newspaper giants, the mining industry and a curtailment to car part manufacturing. These experts hadn’t heard the bells ringing for the vape sector because it had barely begun. Now, something that created tens of thousands of jobs and contributed millions to the economy (projected to reach $16.5 billion by 2024 at one point), is being forced to take a journey across the River Styx. The U.S. vape industry is being put to the sword.

In the 17th Century, the great and the good of the United States hunted out women and men in order to murder them in inventive ways. The Salem witchcraft trial tried a woman for her "mesmeric mental powers” as late as the 19th Century. The desire to crush others for fictional reasons appears to burn deep in the nation’s psyche as it thoughtlessly pushes vape companies out of business and amorally condemns smokers to quit or die.

The Wall Street Journal [link] reports the CDC’s Human Services Secretary Alex Azar saying: “It is always better to use e-cigarettes or nicotine-replacement therapy instead of combustible tobacco. We are striking this balance between an off-ramp for adults but preventing the on-ramp for kids.” 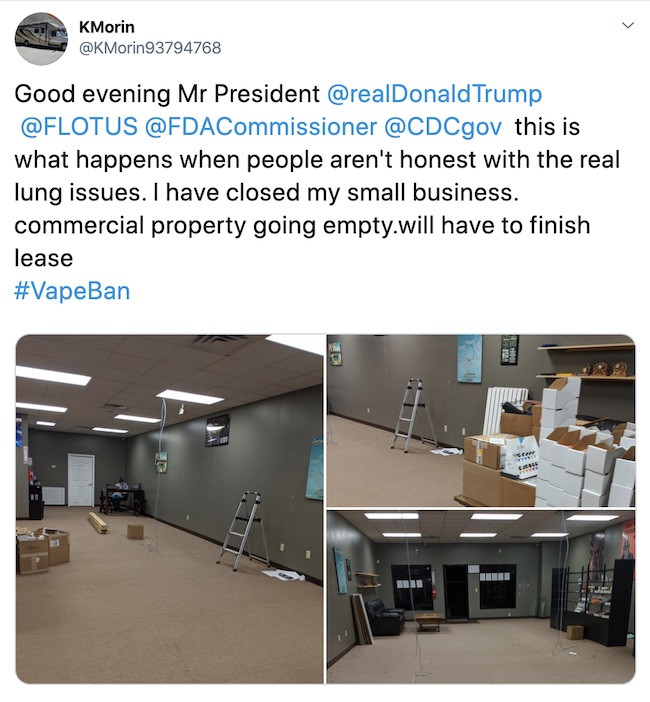 The trouble is, the on-ramp is being blocked with ecig entrepreneurs who have CDC-embossed flaming tyres around their necks – and the acrid smoke is billowing all over the freeway. Everybody within miles of the route is afraid, Mr Azar. Smokers are skipping the exit and vapers are hitting the next on-ramp to leave the area as quickly as possible. That is a freeway to smoking, Mr Azar. It’s the road the CDC built.

Azar has sat on the knowledge that recent deaths were caused by illegal THC products. He and the CDC could have offered clarity and balance, but they chose to add fuel the the anti-vape fire. 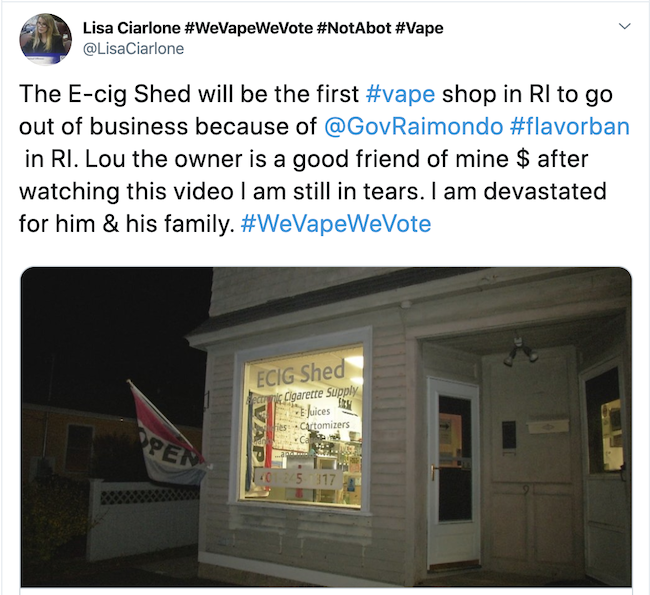 And while the CDC has sat on its hands, states have pressed ahead with their own corrupted versions of public health policy through daft taxes and flavour bans. “It’s absolutely insane,” says New York University’s David Abrams, “to leave menthol cigarettes on the market and take away menthol or mint e-cigarettes. That makes no public health sense, if you’re aiming to save lives you want the least-harmful product to be as appealing.”

In this whirlwind of madness, where smokers are afraid and vapers are returning to smoking, businesses are being squeezed from all sides. It’s an impossible situation – an unresolvable problem. 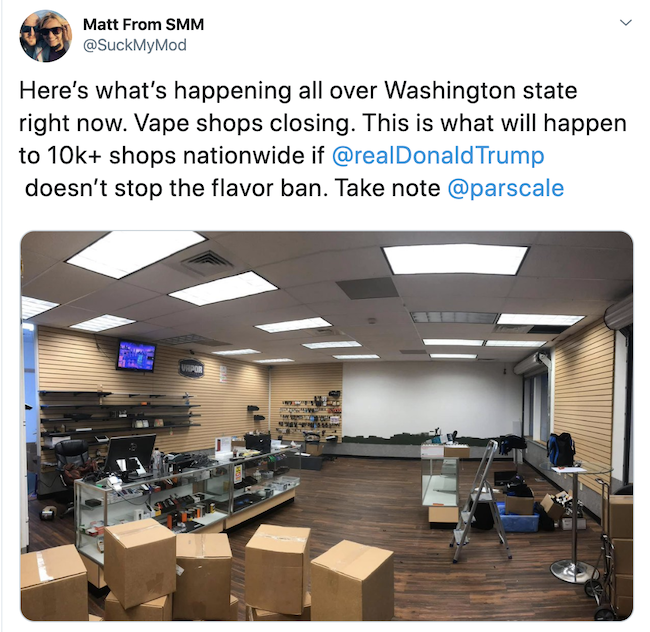 “It is closing day,” owner Dennis Nelson told his local news channel [link]. “We are officially done tonight. Greenlake Vapor will no longer exist in Seattle.”

“I will have to put my LLC into bankruptcy,” Margo Ross, Cloud 509 Moses Lake, told them. “I am not going to be able to afford the bills I have.” 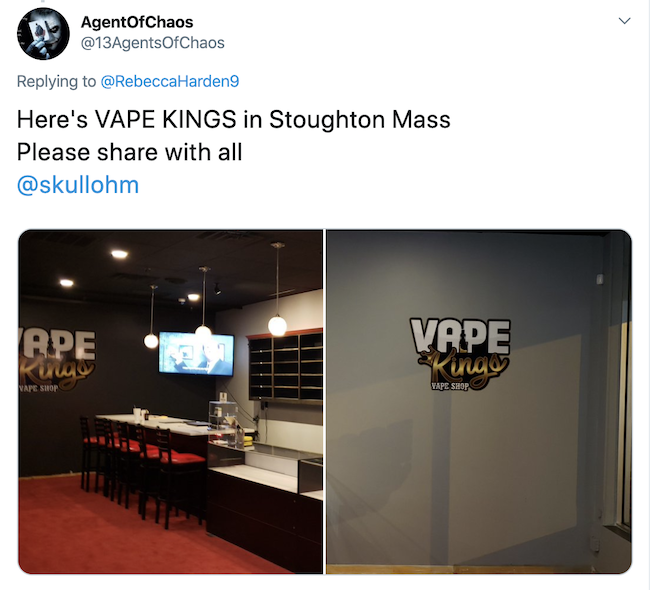 In Oregon, iVape and Str8 Vaping told KATU News they would be closing for good on Monday. "We're liquidating as much as we can to try to make the loss as little as possible," said Marcus Glemser, a Str8 Vaping employee [link]. “With 70 percent of our profits being the juice, it would not be possible having to pay rent and two employees. We only have two employees and we can’t do it.”

Mr. Del Sesto welled up as he told a reporter: "Pride and passion gone. I called the governor four times. Never called back, nothing." Rhode Island’s Ecig Shed is yet another name to be carved into America’s vape tombstone.

Twitter user Skip Murray has set about documenting this sad event in a thread on the social media platform; it’s an ever-growing sad list of the failure of the assorted Stateside public health bodies.

“We vape, we vote,” cry the country’s advocates – but will those who hold the levers of power listen? Will the forthcoming demonstration make a difference or is it going to continue to get worse before it gets better?

While businesses go to the wall, fingers are starting to be pointed at the big juice brands. “Where are they? Why aren’t they doing anything?” It’s a refrain that’s getting louder. Some are pleading with vaping celebrities to raise their heads above the parapet too.

Human Services Secretary Alex Azar is burning rubber, Parents Against Vaping are lining up bodies, the American Lung Association is pointing to the people it’s prepared to see crushed. Where are the juice companies? When is too late? 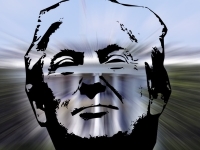