Snus has a very low profile outside of Sweden and Norway (where it has helped to drive down the rates of smoking and smoking-related cancers). This could be set to change with the outstanding news that the American Food and Drug Administration has recognised snus as an a less harmful alternative to cigarettes.

In 2016, Viscount Ridley wrote [link]: “One country is fast heading towards achieving the end-game result. According to Swedish government figures, only 6% of Sweden’s young men regularly smoked in 2015. The only plausible explanation for this extreme outlier is that 25% of Swedish men use ‘snus’, a sort of tobacco tea-bag pressed against the gums – and do so instead of smoking.”

“As a result, not only is Sweden on the way to becoming the first country to get below 5% of men smoking, but it is the country with the lowest rate of lung cancer among men in Europe (it’s higher among Swedish women, who don’t use snus much), as well as low rates of other smoking-related illnesses such as heart disease.”

Viscount Ridley was elected to the House of Lords in February 2013 and, while serving on the science and technology select committee, helped to drive through a positive pro-vaping agenda.

Swedish Match, a Stockholm-based snus manufacturer, celebrated the good news that the U.S. Food & Drug Administration had granted it the right to market the product as a less harmful alternative to cigarettes.

Gerry Roerty, the company’s Vice President, said: “Today's decision is a huge accomplishment for public health in the U.S. and another step toward realizing our vision of a world without cigarettes. There are nearly 35 million adult smokers in the U.S., all of which have been led to believe the only way to reduce tobacco risk is complete abstinence. We now have the opportunity and responsibility to inform cigarette users who cannot abstain that General Snus can be a risk-reducing alternative. If that's enough to make even a percentage of them switch, we've made progress."

"Few products have a proven track record like General Snus," added Roerty. "And while we're hopeful it will benefit the U.S. population just as it's benefited Norway and Sweden, we want to be clear that General Snus reduces risk for individuals who use tobacco products. No tobacco product, including General Snus, is completely harmless, which is why youth and non-tobacco users should not use it in the first place. Our goal is to help adult smokers by educating them, not attract new users."

The smokeless, spitless tobacco product is placed under the upper lip. It contains four ingredients: tobacco, water, table salt and flavourings, such as mint or bergamot oil. Despite its huge success in Sweden and Norway, myths about its safety have been allowed to persist – in the same way they’ve been encouraged about vaping.

In a study earlier this year, Lund and Vedoy wrote: “Perceptions of relative risk between snus and cigarettes is inconsistent with estimates from medical expert committees, which assess the overall health risk from use of Swedish snus to be minor when compared to the risk from smoking. Like the situation in the US, incorrect beliefs about SLT [smokeless tobacco products] risks seem to be prevalent also in the snus-prevalent Norwegian setting. Accurate information on differential harms needs to be communicated. Future research should try to identify reasons why health authorities in the US and Scandinavia allow these well-documented misconceptions to persist.”

Planet of the Vapes strongly supports choice and the use of alternative nicotine products to reduce exposure to smoking-related harm. The New Nicotine Alliance (NNA) took the push to overturn the current European ban on snus to the European Court of Justice in 2018, where lawyers speaking on behalf of the UK government, the government of Norway, the European Parliament, the European Council and the European Commission spoke in favour of continuing the ban.

The inclusion of the U.K. in the opposition to relaxing the ban stood in contrast to the positive steps forward made with vaping and that Early Day Motion 999 congratulated “Norway on the extraordinary plunge in its smoking rate among young women from 30 per cent to just 1 per cent since 2001; applauds Sweden on getting its adult smoking rate down to 5 per cent; notes that the Scandinavian success story in ending smoking has been primarily driven by the use of snus.” 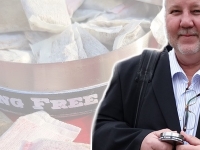