JUUL Labs is still taking a real kicking in the United States, but its response continues to disappoint members of the vape and harm reduction communities. Its response was to remove further flavours from sale and pledge to restrict its advertising. The American Vaping Association slammed JUUL abandoning its adult customer base.

Last week, JUUL Labs was accused of “taking a page from big tobacco’s playbook” as school districts lined up to sue the pod manufacturer. Three districts announced that they were taking the pod company to court in a bid to “reverse the teenage epidemic”.

St Charles in Missouri, Olathe in Kansas, and Long Island, New York are the districts lodging the lawsuit that claims JUUL targets their students.

John Allison, superintendent of the Olathe Public Schools system, said: “As smart as our students are, they don’t understand the long-term ramifications of vaping and the amount of addictive chemicals they are dealing with. It’s our role to protect our students today and in the future.”

Jonathan Kieffer, Wagstaff & Cartmell, said: “In numerous meetings that we have had with educators, administrators and board members across the country, the consistent theme that we have heard is that districts do not intend to stand by and allow this crisis to escalate but instead are taking a stand to protect their kids.”

JUUL did not publicly respond to the lawsuit but moved to take further steps.

Firstly, it agreed to a legally binding settlement that places further restrictions on its advertising. It has now committed itself to being prohibited to placing adverts on any platform that may have at least 15% teen users, readers or viewers, or using models under the age of 28.

A spokesperson commented: “We agree with the Centre for Environmental Health that no youth should use Juul products and we are committed to combatting underage use. This settlement affirms voluntarily responsible marketing practices that Juul Labs has had in place – we have never marketed to youth and do not want any non-nicotine users to try our products."

Then it controversially removed more flavours from sale. 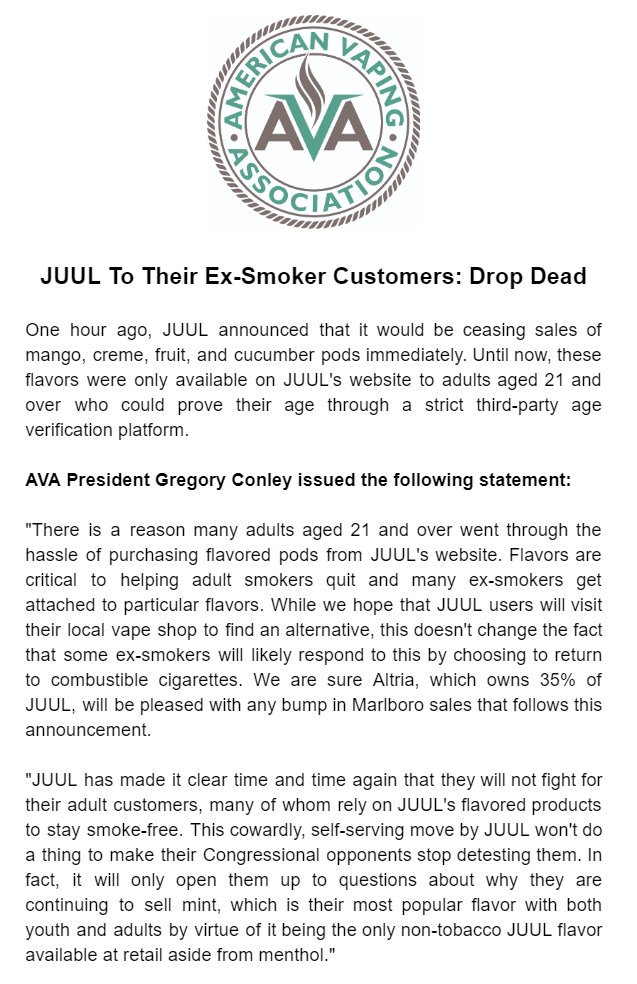 The company removed cucumber, cream, mango and fruit flavours from its website.

"We must reset the vapor category by earning the trust of society and working cooperatively with regulators, policymakers and stakeholders to combat underage use while providing an alternative to adult smokers," explained Chief Executive Officer CK Crosthwaite.

Mango, Apple and Alpine Berry remain available to UK purchasers, but commentators are wondering how long it will be until all faith is lost in a company that continually fails to stand up for harm reduction in the USA. Enabling the Food and Drug Administration to press ahead with restrictions endears it only to the prohibitionists. 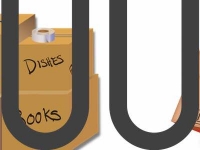 JUUL To Move From Toxic California 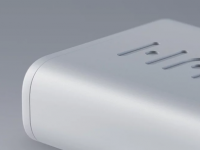