Scott Gottlieb left the post of Commissioner for the Food and Drug Administration (FDA) in April. He was replaced by Acting-Commissioner Ned Sharpless, and many hoped Sharpless would prove to be an upgrade. The disappointment in him appears to be shared by those in the White House as it is ignoring the advice of four former FDA commissioners and an array of advocacy organisations and looking to appoint Stephen Hahn.

Scott Gottlieb resigned from the FDA after just two years in the job, giving the reason that he wanted to “spend more time with the family” – traditionally a euphemism used by politicians after they’ve been sacked or been revealed to be indulging in extra-marital affairs. Gottlieb clearly doesn’t like his family much as, after just two months, he rushed into a job sitting on Pfizer’s board of directors. [link]

At the time, Writer Jacob Grier wrote: “Yikes. I've been critical of Gottlieb's recent actions on tobacco and nicotine, but have to worry that any likely successor will be worse.”

Ned Sharpless will leave his post after a couple of months having achieved the notable successes of raising the value of tobacco company stock, misdirecting the public over recent THC-related poisonings, and telling politicians to ban vape flavours. With such aspirations to keep people smoking, no wonder the Campaign for Tobacco-Free Kids and the American Lung Association wanted him to remain in the post.

President Trump is ignoring their overtures and is pressing the case for appointing Doctor Stephen Hahn to lead the FDA. Hahn is an oncologist and chief medical executive at MD Anderson Cancer Centre in Houston. He was interviewed by Trump last month and rapidly slotted as favourite for the job. Being a long-time Republican donor will certainly not have played any part in the decision-making process. 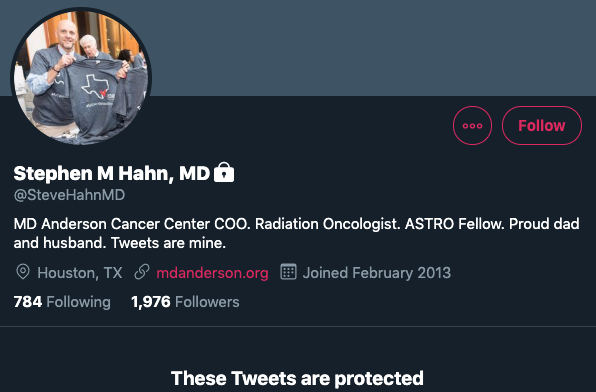 This year the MD Anderson Cancer Centre has had to cope with accusations of institutional racism and has carried itself so as to “substantially limit the hospital’s capacity to render adequate care.”

In 2009, Hahn apologised to patients who had received botched cancer treatments where radioactive pellets were either administered with the incorrect dose or put into in the wrong organ.

Being Health Secretary Alex Azar’s top choice hardly covers him in glory either given Azar’s ineptitude over the vitamin E acetate fiasco.

The Federal Bureau of Investigations is now completing background checks on Hahn and the 59-yr-old could be appointed as soon as these are complete.

Planet of the Vapes attempted to contact Dr Hahn to discover his position on tobacco harm reduction products and vaping in general but he has not responded. Hahn’s Twitter account is locked so it is not possible to see what he has posted; he has not responded to POTV’s request to follow him. 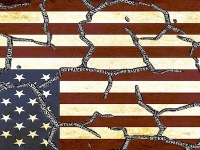 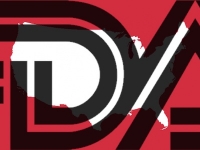