The Public Health Association of New Zealand (PHA) has been forced to make a deserved apology to New Zealander of the Year nominee Marewa Glover. The PPA stated that she had been influenced by Philip Morris International and consequently lied during questioning by a government committee. She hadn’t been influenced; she hadn’t lied. This isn’t the first-time apologies have had to be made following attacks on harm tobacco reduction advocates.

When Marewa Glover was nominated to be New Zealander of the Year several anti-vaping noses were bent out of shape. An admirable tobacco harm reduction campaigner, she holds opinions that irk the likes of Simon Chapman. Speaking about a government proposal to criminalise smoking in cars with children triggered a spate of cultish ad hominem attacks from “the Church of Tobacco Control”.

One of those attacking her was the PHA. She responded by saying: “They want to silence me. They've got to discredit me because it undermines their singing from the same song sheet and I'm singing a different song and it's like, shoot that bird.”

Marewa met with lawyers to discuss appropriate actions and the PHA has formally apologised to her. At the foot of its homepage, the PHA write: “On 29 August, 2019, our PolicySpot newsletter contained a number of statements made by Dr Prudence Stone about Dr Marewa Glover. These statements included comments stating Dr Glover was influenced by Philip Morris International and that Dr Glover had made false statements to the select committee considering amendments to the Smokefree Environments (prohibiting smoking in motor vehicles carrying children) Amendment Bill. These statements by Dr Stone were false. Dr Stone and the PHA retract these comments and unreservedly apologise to Dr Glover for the comments made.”

Simon Chapman insulted Marewa Glover as part of his endless online retching. He is yet to issue an apology to her but has been caught out on multiple previous occasions. He has had to apologise to Dr Sarah Laurie [link] (“These allegations were implied without foundation and are entirely false”), and Dr Joe Kosterich [link] (“My remarks were entirely false and without foundation”). Maybe Chapman should simply stop insulting people and inventing lies?

In 2014, Professor John Ashton quit role as president of Faculty of Public Health following his abuse of harm reduction advocates on Twitter. He labelled them “e-cig trolls” and posted the following:

In 2016, The Times was forced to print the following apology to David Nutt, David Sweanor, Karl Fagerstrom, Riccardo Polosa and Clive Bates [link] : 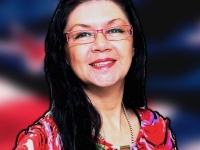 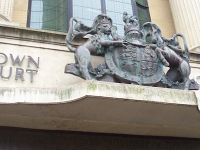