The number of people vaping in the UK has reached 3.6 million - about half the number of smokers - figures from Action on Smoking and Health (ASH) suggest. The data indicates most vapers are former smokers, with the main reason for using e-cigarettes being to give up tobacco. ASH has been monitoring trends in use since 2012.

The National Centre for Smoking Cessation and Training, a body that trains and supports professionals so they can be effective in helping people stop smoking, said ASH’s release should be “read all over the world.”

“So much high-quality information about the ways in which smokers are vaping to improve their health (and the importance of flavours),” the NCSCT added.

Ann McNeill, Professor of Tobacco Addiction at King’s College London, and lead author of the independent evidence reviews of e-cigarettes for Public Health England, said: “The ASH Smokefree GB survey is the longest running survey of e-cig use, providing the most up to date evidence available on how vaping is evolving in Britain. More than half of current vapers are ex-smokers compared with only a third in 2014. However, it’s important that all vapers stop smoking completely, as otherwise they are still exposing themselves to the serious risks of disease and disability caused by smoking. Vaping isn’t risk free, but it’s much less risky than smoking, which kills nearly 100,000 people a year in the UK.”

ASH point out that the figures come “amid concerns about the health effects of e-cigarettes. The US Centres for Disease Control is investigating a mysterious outbreak of lung injuries linked to vaping, in which eight people have died and more than 500 have become ill. Most, but not all, have reported ‘cannabis vaping’, in which the vapour contains THC (the psychoactive component in cannabis).”

The stance from health bodies in the UK has remained that vaping is approximately 95% less harmful than smoking.

Deborah Arnott, Chief Executive of ASH, added: “The outbreak of vaping illness in the US is obviously concerning, but it appears to be linked to the misuse of e-cigarettes for illicit drug delivery. Nothing like this has been seen in the UK to date, where a proper regulatory system is in place for nicotine containing e-cigarettes, which is not yet the case in the US. Vapers should not be scared back to smoking by the news of vaping illness in the US. Nor should smokers stick to smoking rather than switch to vaping.  It is essential however, to only use legal vapes bought from reputable suppliers in the UK and not source illicit unregulated products over the internet.”

The survey highlights that the main reason ex-smokers vape is primarily to help them quit (31%) and secondly to prevent relapse (20%).

Worryingly, the number of smokers who have been convinced that vaping is as harmful or more harmful as smoking still accounts for almost 50%. 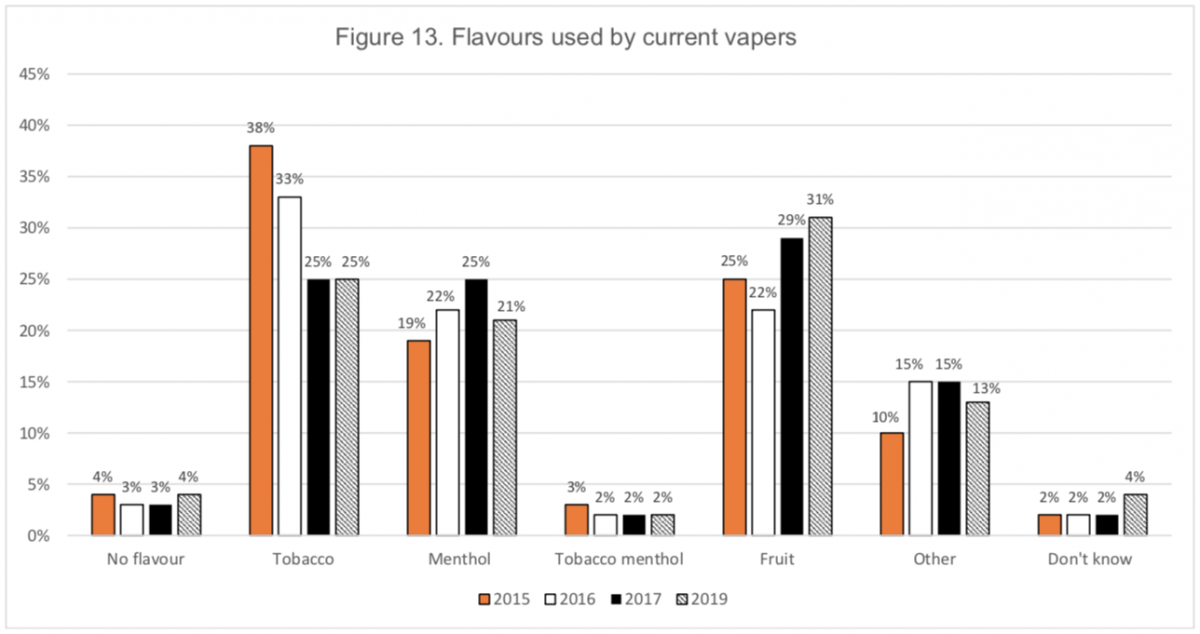 Most vapers say they only use one device and the numbers using tanks has dropped, as the percentage of people using pod systems has risen to 18%. Of those:

Some still attempt to argue that vaping doesn’t lead to quitting smoking, but ASH counters: “the Smoking Toolkit Study (an ongoing series of monthly surveys of the adult population of England) has shown a clear association between changes in population rates of quitting smoking and prevalence of e-cigarette use after adjusting statistically for a range of potential confounding factors.”

“If the association is causal, e-cigarettes were responsible for an estimated 69,930 additional ex-smokers in England in 2017. Furthermore, recent evidence from a randomised controlled trial showed that vaping was nearly twice as effective as NRT in helping smokers quit in a Stop Smoking Service setting in England.” 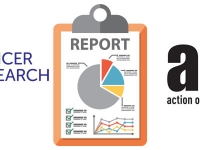