“Can we stop America's teen vaping epidemic arriving in Britain?”, asks the Guardian’s Amelia Tait, a writer who usually specialises in the vapidity of beauty scheme cults, MeToo hummus and social media ‘celebrities’. Newsflash: We already did…and there isn’t one in the USA either.

She ignorantly refers to vaping as a “craze” and states, “You’ve got kids getting up every five minutes to go to the bathroom because you can’t focus without a hit.” Tait mistakenly adds that teens are “drawn to the sweet flavours and sleek design” of JUULs.

Given that there is no ‘teen epidemic’ in the UK, nor any indication from year on year studies that any such phenomena is in the pipeline, many will wonder what Tait’s objective is? 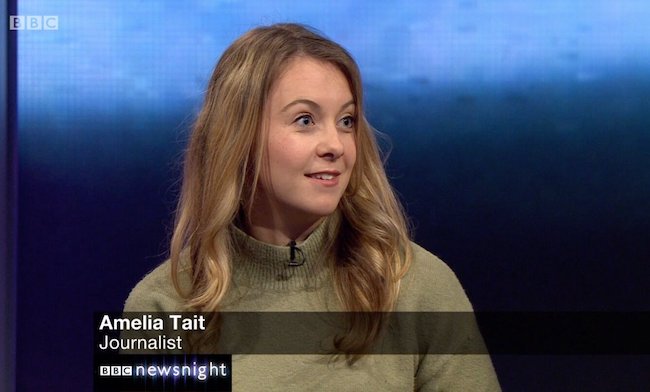 “It doesn’t matter if you’re 11 or 16, like Grace was when she first started smoking the sleek black electronic cigarette.”

Skipping over Grace’s apparent age duality, Tait appears blissfully ignorant (or willingly malevolent) in describing vaping as smoking. Tait believes in attaching more importance to a claimed anecdotal tale of teen vaping at a private school in Switzerland than the data from the Cancer Research UK-funded Smoking Toolkit Study [link].

“You’ve got kids getting up every five minutes to go to the bathroom because you can’t focus without a hit. Like most kids in her school, Grace didn’t smoke cigarettes before she began vaping Juul.”

Yet, if you suffer the rest of the article, ‘Grace’ still isn’t smoking – but this doesn’t matter to Tait and her clickbait scribbling. She rolls out America’s “teen vaping epidemic” with glee; were it not for the Food and Drug Administration’s distortion of the data she’d have to be writing about vlogging mums again.

The wonderful thing about an anonymous teenager in Switzerland is that it is possible for Tait to raise issues of vaping in class in a way that would be impossible if she had used a British educational setting.

‘Grace’ thinks JUUL Labs designed the product so she could secrete it in class, “I do think they knew what they were doing”, which suits Tait because she doesn’t have to explore the possibility that its discrete form was designed for and works with business suits.

It doesn’t seem to matter how many times a JUUL spokesperson repeats the mantra that the pod was developed for adult smokers, people like Tait will use lazy logic to inspire fear about teen use.

In June, ASH UK released the findings from its latest survey. The anti-smoking organisation found: “vaping remains uncommon among young people, and young people vape mainly just to give it a try (52%) not because they think it looks cool (1%).”

When you worry that reality may reduce your position to ashes, go on the attack – and so Tait does, laughably raising the ridiculous prospect of “popcorn lung” again: “researchers found that some e-cigarette flavours contain a chemical, diacetyl, which has been linked to ‘popcorn lung’, a disease characterised by irreversibly inflamed airways.”

What Tait fails to mention is that diacetyl is banned from eliquids in the UK. Moreover, it was dropped from recipes voluntarily by most UK juice makers well before the legislation came to pass.

Who needs facts when an 11 or 16 year old child thinks ending up with a lung condition “is definitely possible.”

But then this isn’t the product of Tait doing any research, this has been served up to her as a press release. This is evidenced by the usual list of objections to vaping she then trots out: flavours, social media marketing (devoid of evidence it takes place), nicotine, reduced sporting prowess and casting doubts on vaping working as a smoking cessation tool.

The only thing Tait’s piece will achieve is to dissuade adult smokers from making the switch and reducing their harm exposure. It’s an amoral piece of guff that reduces The Guardian to the ranks of the Mail Online, devoid of actual research or cognisant of the ramifications of its publication. Shame on you Amelia Tait.