Vaping is so dangerous that people’s hearts are giving out up to ten years before they start using electronic cigarettes. Thankfully, the world has University of California San Francisco’s Stanton Glantz to warn everyone about the pernicious dangers of vaping in not one but two research papers. Brad Rodu, University of Louisville, has asked the Journal of the American Heart Association to retract Glantz’ study because (in our words) it’s absolute nonsense.

Glantz and his co-author Dharma Bhatta said vaping was “associated with” the doubling of risk of myocardial infarction (heart attacks). Away from his two papers, Glantz has stated absolutely that “e-cigs cause heart attacks”.

Professor Michael Siegel has previously stated that Glantz’ work is just “another crappy study … based on crappy science”.

“This is yet another example of the junk science that is rapidly being spewed out by anti-tobacco researchers who are apparently more interested in demonizing vaping than in using rigorous scientific reasoning. The problem with the study's conclusion is that this is a cross-sectional analysis and the researchers have no idea which came first: the vaping or the heart attack, heart disease, or depression.”

Professor Brad Rodu looked at the PATH study used by Glantz – what he discovered displays a shocking level of lying and amoral behavior by Bhatta and Glantz. Most of the patients involved in the work suffered their heart attack while they were smoking, BEFORE they started vaping. Moreover, the heart attacks happened up to ten years prior to switching to the reduced harm product.

Rodu, along with Nantaporn Plurphanswat, wrote: “Their analysis was an indefensible breach of any reasonable standard for research on association or causation. We urge you to take appropriate action on this article, including retraction." 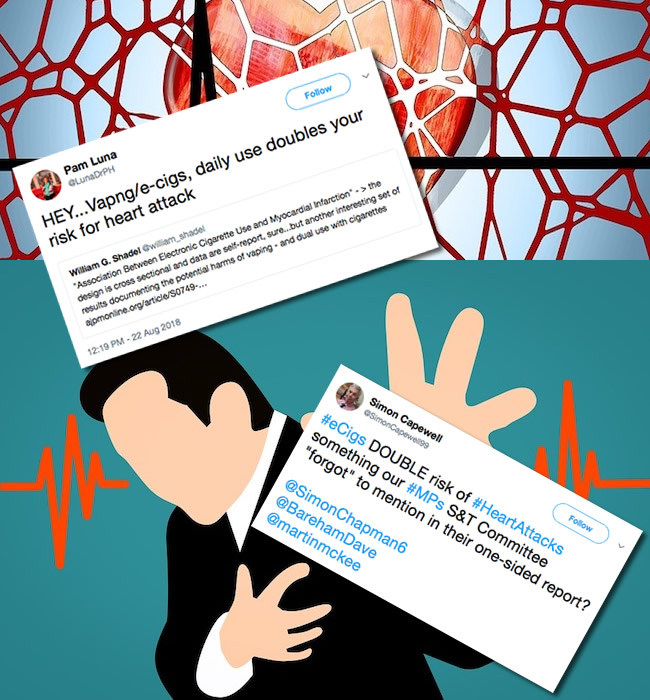 Dr Konstantinos Farsalinos explains what Glantz and Bhatta did: “The study used data from the 1st wave of PATH. However, PATH has a question ‘How old were you when you were first told you had a heart attack (also called myocardial infarction) or needed bypass surgery?’ Interestingly, the authors of the study completely ignored this question.”

He continues: “This should not be considered a joke. It is a serious problem, a fatally flawed study that needs to be retracted immediately if the findings reported in the USA TODAY article are true. There are no ifs or buts, and there is no need for further comments or arguments. I need to emphasize: if the results reported in the USA TODAY article are true, the scientific community needs to protect itself from such a horrendous work that challenges the integrity and ethics of medicine.”

Professor Michael Siegel explained why Glantz’ work causes harm: “It is unfortunate that this crappy science is being reported at scientific conferences and in scientific journals. But what makes this a real tragedy is that this junk science is being used to justify policies to regulate vaping more harshly than smoking, by: (1) heavily taxing these products; (2) banning e-cigarette flavours; and/or (3) completely banning the sale of e-cigarettes in convenience stores.” 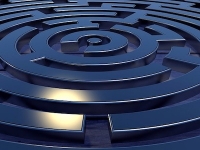