Researchers at The National Institute for Public Health and the Environment (RIVM) in the Netherlands looked at ‘The Health Risks of Electronic Cigarette Use to Bystanders’. Wouter Visser, Walther Klerx , Hans Cremers, Ramon Ramlal, Paul Schwillens and Reinskje Talhout believe their work should lead to the banning of some types of e-liquids.

“Concern about the health risks associated with [vape] devices has grown,” they write. “Most studies to date indicate that e-cigarettes are less harmful than tobacco cigarettes, but much uncertainty remains regarding the absolute health risks of e-cigarette use, especially with respect to long-term effects and the risks of inhaling flavor components and thermal decomposition products. Furthermore, the technical design of e-cigarettes and their operation continues to evolve rapidly, demanding continuous adaptation of research methods.”

The team are concerned that studies have focused on users and not bystanders suffering from so-called secondhand vape. They must have missed the 2015 study by Marco and Grimalt [link] and one earlier this year by Martín, Peñín-Ibáñez, Gonzálvez, Santos-Delgado, and Ureña [link].

Public Health England states that vape has been tarred with a ‘second-hand’ brush simply because it looks like smoke. “Unlike cigarettes,” says Martin Dockrell, “there is no side-stream vapour emitted by an e-cigarette into the atmosphere, just the exhaled aerosol. PHE’s latest evidence review found that to date, there have been no identified health risks of passive vaping to bystanders.”

The UK E-Cigarette Research Forum highlights a number of limitations in their work:

ASH UK stated in its recent briefing paper: “There is no evidence of harm to health from ‘second hand vaping’ and the risks are likely to be very low. The risk to users of inhaling e-cigarette vapour is low and the risk to those who breathe their exhaled vapour is even lower due to only exhaled aerosol being emitted.” 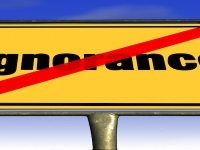 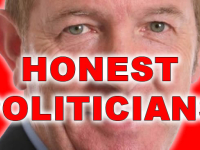