Journalists at The Times newspaper are reporting that inmates in British prisons are adapting “e-cigarettes to smoke smuggled ‘Spice’.” Spice, a synthetic marijuana drug that is a type of new psychoactive substance (NPS), is getting into prisons in liquid form, on photographs and even clothing.

Barrie Meakin, chairman of the Independent Monitoring Board at HMP Leeds, has told reporters that they discovered a number of ways prisoners were using to get the drug into jails.

Meakin told them, “The prisoners are certainly ingenious in the efforts to get drugs into the prison.” This has included an A4 sheet of paper soaked in spice that was worth £100. “The paper is cut into credit-card size bits and sold to inmates who consume it in vaping gadgets.”

Netting was erected to prevent supplies being thrown over the walls, but “they put a stone in a sock, light the sock and then throw it over so that it sets the netting on fire. They will try and do it several times so that the hole in the netting gets bigger and bigger and then they can trying and throw contraband into the yard. The prisoners are always trying to get drugs into the jail. No matter what idea the prison comes up with to try and stop drugs getting into prisoners look to find another way to get the stuff in.”

There are no plans to prevent inmates from accessing the approved e-cigs, although a prison service spokesman commented: “Anyone using vapes to smoke drugs will have it confiscated and face further punishment.”

How Dangerous Is Spice?

Cody Lachey is an ex-prisoner who runs a YouTube video channel. In one video, he talks about the problems posed by Spice – something he describes as being “an epidemic” within the prison system.

He spoke about the drug after his release from a Category B facility: “Sadly, a lad overdosed and died in the prison. He was believed to be taking drugs including Spice.”

“Spice is taking lives and it’s the source of all evils within prisons. There is an epidemic. Each batch is different, no two batches are the same, and you’re playing Russian roulette when you take these drugs.” 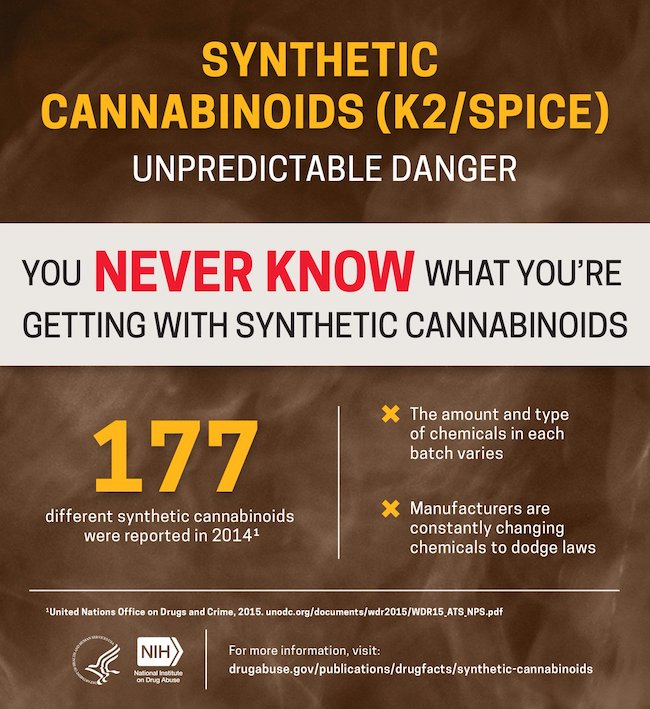 “Spice is big business in prison – massive business. It’s making a lot of people very, very rich. The overall price of Spice has come down because there’s so much in prison.”

“The people who are on Spice, who become addicted to Spice, will steal from their own mother’s to get a hit. It’s that addictive.”

Cody spoke about how he knew people who had tried Spice as a way of getting off heroin but became addicted to it, as it was more potent.

“These people who are on the Spice, they’re getting about like zombies – they’re rattling for the drug, their body’s craving it. And if they’ve not got the money to buy it they’ll go out and get it on tick.”