Omni Youth Programs (OYP) is a non-profit organization based in Sacramento County, California. It aims to “cultivate lifestyles free of alcohol, drugs, and violence among teens and families”, but it’s branched out to repeat Tobacco Free California lies about nicotine.

OYP receives its funding from the Sacramento County Department of Health and Human Services Alcohol & Drug Services Division. Is the money drying up as the State’s revue from tobacco takes a dive? Could this be provoking OYP’s move into attacking tobacco harm reduction and vaping? 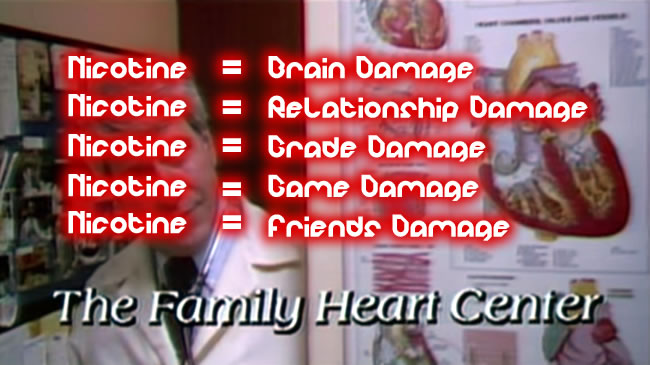 As well as providing general parenting advice, the charity also specialised in substance abuse and mental health. OYP make no mention of vaping on their basic WordPress blog prior to this attack on nicotine.

OYP also published a video made by serial Californian liars Tobacco Free California, from where their ‘facts’ originated.

They claim: “Teens are vaping more than ever. Juul, Suorin, Phix, Bo, and other flavoured e-cigarettes hook kids, but addiction is only the start.”

About flavours, Tobacco Free California says: “The tobacco industry is hooking the next generation of addicts, and flavours are a big way in. Four out of five kids who have used tobacco started with a flavoured product.”

About nicotine, it writes: “The rise in teen vaping is finally news. But we need to know more about kids’ consumption of nicotine, such as how high the doses, and how great the risks. Nicotine is one of the most toxic of all poisons. It can rewire the brain, particularly vulnerable in the developing years, from adolescence to mid-twenties.”

Helping parents, it also offers advice on how to spot if their child is a vaper: “Are there sweet or fruity smells coming from behind closed doors? That might actually be nicotine hiding in vape flavours.”

Fortunately, children are not as stupid as Omni Youth Programs or Tobacco Free California would like to believe. The video is littered with intelligent comments and witty putdowns.

What organisations like these fail to appreciate is that when they are caught out lying in such an obvious fashion they destroy trust in any other comments they care to make. If they were concerned for children’s health they’d embrace honesty rather than distributing lies to influence politicians.

They need to "Serve the public trust", "Protect the innocent” and “Uphold the law”.