Alt New Zealand’s pods use a proprietary nicotine blend that provides similar satisfaction to conventional cigarettes and, unlike some international brand, is also available in zero nicotine should smokers wish to continue their journey all the way to stopping using nicotine too.

The largest Kiwi-owned vaping business has reached an incredible milestone after opening its first shop on Auckland’s Dominion Road just two years ago. Its products are now available in at least 1,000 outlets throughout New Zealand including supermarkets, independent convenience stores, as well as eight of its own VAPO-branded shops. 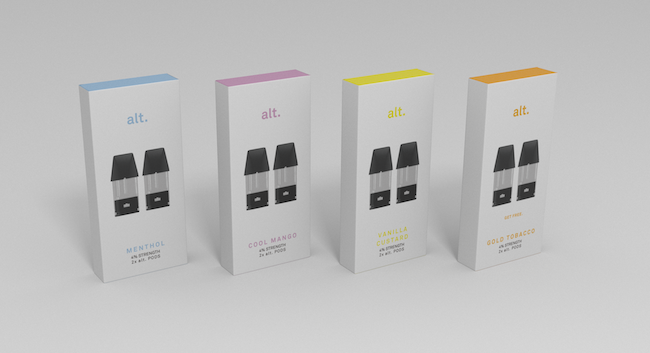 The ‘1,000 outlets’ milestone has been reached with Alt New Zealand securing a supplier agreement with Mobil meaning the company’s products are now available in the country’s three leading service stations - Mobil, Z, and BP.

“Going live with Mobil really confirms our superior reach and locks in our number one status in New Zealand,” says Jonathan Devery, co-owner and co-founder of Alt New Zealand.

In fact the Alt and VAPO stockist network is now bigger than all the other Kiwi vape companies put together.

“Credit solely belongs to our more than 70 staff who’ve delivered incredible growth in a very short time, and to our distributors and suppliers who have been keen to support a New Zealand-owned business focused on helping smokers to quit,” says Mr Devery.

Woolworths-owned SuperValue and FreshChoice were already successfully selling VAPO Haiz and other VAPO branded products. While both Alt and VAPO products have been available in Foodstuffs’ Pak'nSave, New World, and Four Square’ businesses for some time.

Getting into Mobil also follows hard on the heels of the two vaping entrepreneurs recently opening their eighth VAPO store in a beautifully restored historic building in High Street, central Christchurch.

Thanks to their busy online business, they’re also now one of the leading vaping brands in Australia and are looking at further overseas expansion. What’s more, VAPO has just announced it’s authorised to use the sought-after ‘Made In New Zealand’ certification mark.

Servicing such growth is their factory and laboratory in Auckland’s Penrose, where they manufacture their e-liquids in their IS07 cleanroom using the highest grade imported and local ingredients.

The business partners also run a large distribution centre in Mt Wellington and expect to employ over 100 people across their business by the end of this year.

“Achieving great coverage throughout the country means Kiwis are able to stick with our brands almost wherever they are. Mass accessibility has helped our growth but importantly it also gives people a better chance of quitting cigarettes,” says Ben Pryor, co-owner and co-founder of Alt New Zealand. 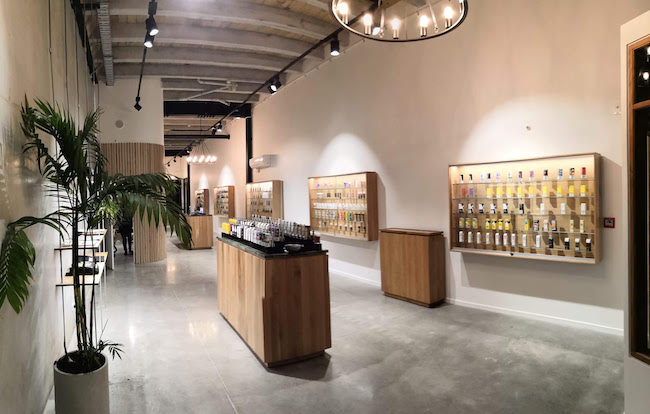 The business owners say key to achieving good market penetration has been the great relationships they have with many national retailers, who like them want to provide a significantly less harmful and cost-effective alternative to tobacco.

“If New Zealand is to get anywhere close to being Smoke Free in 2025, accessibility of vaping products is critical, as is more acceptance overall for vaping’s proven health and economic advantages. There are possibly 200,000 vapers in New Zealand and growing. That’s why we’re seeing smoking rates falling which really keeps us energised,” says Mr Pryor.

Both men say it’s great the Government is now on board with the imminent launch of the Health Promotion Agency’s campaign to encourage smokers to switch to vaping.

They look forward to the Government tabling its amendments to the Smoke-free Environments Act over the coming months. They say key to any legislative or regulatory changes is ensuring Kiwi business like theirs can continue to flourish despite big international tobacco giants now bringing their vaping products into New Zealand.

“Having our products in at least 1,000 outlets can only be positive for the thousands of Kiwis desperate to quit smoking who are looking for a brand they know and trust,” says Mr Pryor. 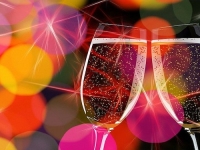 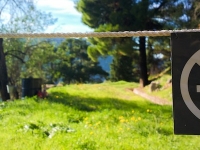