The Food and Drug Administration (FDA) has finally granted approval to Philip Morris International’s (PMI) IQOS heat-not-burn (HNB) product for sale in the United States. It’s a move that the American Vaping Association (AVA) has called “a win for public health”.

PMI’s IQOS is a device that heats up PG-soaked tobacco instead of burning, thus producing a smoke that is less harmful than traditional tobacco cigarettes. PMI has placed the product at the forefront of its growth plans and has achieved huge success with it in Japan. Predictably, being owned by PMI and containing tobacco, IQOS has met with strong opposition in the States and European countries.

Michael Eriksen, former Centres for Disease Control official said: “People opposed to it will point out rightly that it’s not safe. If people in the U.S. end up using devices like this in addition to smoking, it would have been better for them to have never bought it at all.”

In granting its approval for sale, the FDA said the decision was “appropriate” as “the products produce fewer or lower levels of some toxins than combustible cigarettes.” The agency is currently not allowing PMI to make claims that IQOS offers reduced harm or lowers the risk of tobacco-related disease.

PMI will be rolling out IQOS to 500 retailers in Georgia to begin with, creating a dedicated IQOS store in Atlanta, selling the product for $70.

AVA President Gregory Conley commented: “This is a big win for public health and adult smokers who are seeking out satisfying reduced-risk alternatives. Heated tobacco products are not safer than traditional vaping products, but both products are clearly far less hazardous than smoking cigarettes. With IQOS freely available in several dozen countries, it would have been a travesty of justice if the FDA had denied this application.”

Noting a word of caution, Conley added: “No one should confuse the FDA's approval of IQOS with a sign that the FDA's tobacco regulatory system is actually working in an efficient manner. PMI spent billions of dollars to establish the necessary scientific basis to file this application with the FDA. The FDA then ignored statutory requirements and took more than two years to issue a decision on just one part of PMI's application. Unless the FDA's regulatory system is reformed, no one but the largest of tobacco companies will ever get a vaping product through the FDA's premarket approval process.”

Last month, PMI announced that it had set up a life insurance company in the United Kingdom to offer discounted policies to vapers and people switching to IQOS. 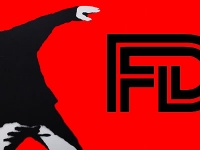