Professor Martin McKee, London School of Hygiene & Tropical Medicine, is no friend of vapers and opposed to tobacco harm reduction. He never got over his snub by the All-Party Parliamentary Group when they ignored his submissions, and has continually been sniping from the sidelines. This week, he resumes his whining in a national newspaper article.

“A leading academic has criticised health officials for ‘promoting’ e-cigarettes despite growing evidence of their harms,” writes Victoria Allen in the Daily Mail.

He repeats his position that vaping offers up “serious concerns” and drags up a debunked study led by David Thickett from the University of Birmingham to justify his nonsense.

McKee said that Public Health England, “seems to be doing everything it can to promote e-cigarettes’, while choosing to ignore global warnings over the risks. The nicotine in e-cigarettes is not a harmless drug and then there all these other things such as flavourings that are inhaled.”

“We haven’t had e-cigarettes for long enough to know the true effects,” blustered the mendacious McKee. “But when we look at the evidence we do have, there’s enough grounds for serious concerns.”

“Given the short-term effects on lung function and cardiovascular effects, there is enough evidence to say we should be very, very careful. It’s not whether e-cigarettes are safer than cigarettes, it’s whether they are actually safe.”

McKee likes to cling to the plethora of paid-for-results hysteria coming out of the United States rather than the more balanced science being produced in the rest of the world. It was with joy that he read David Thicket’s conclusion that vaping damages lungs. Thicket’s work, published last August, was roundly debunked upon launch.

Just to compound his problematic, if not corrupt, approach to the subject, McKee spoon feeds the Mail’s readers fear about bronchiolitis obliterans: “diacetyl, used in e-cigarette flavourings, may lead to an incurable condition called ‘popcorn lung’.”

Diacetyl has not been used in British liquids for years and is banned under the Tobacco Products Directive – McKee knows this.

McKee then rounded on JUUL Labs, stating that teens could become addicted to them – despite there being a cap on the nicotine content in the UK, rendering them weaker than the American versions.

He added: “It is now very clear these products are being pushed very hard to children. This creates an entirely avoidable risk of a new generation that will be addicted to nicotine.”

Then, conflating the vape industry with Big Tobacco, McKee reportedly added: “The firms are trying to become socially acceptable. They have been international pariahs and now they’re trying to present themselves as part of the solution.”

Martin McKee resolutely refuses to listen to reason, repeats ridiculous lies and conflates to suit his own argument. His stance is a danger to the lives of smokers and an insult to the scientific process. He should not be given such coverage in the media and credited with the term “expert”.

Vaping is not safe, it is safer than smoking by many orders of magnitude.

Public Health England’s John Newton commented: “There is widespread academic and clinical consensus that while not without risk, vaping is far less harmful than smoking. This view is held by many across the world, including the Royal College of Physicians, Cancer Research UK, the British Medical Association and the National Academy of Sciences in the US. We are alert to the risks and the UK has taken a careful approach to maximise the opportunities that e-cigarettes present to help more smokers quit.” 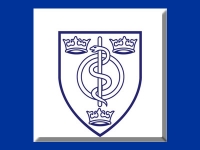