Berkshire bus driver James Barnes swapped smoking for vaping but forgot to follow the simple safety steps to ensure he didn’t short his batteries. While driving to work last week, he had to pull over and hop out as a lithium-ion cell began to vent, causing serious burns to his leg.

Three months into his vaping journey, everything had been “fine”, according to Barnes. This was until his morning commute to work on Thursday, March 26. 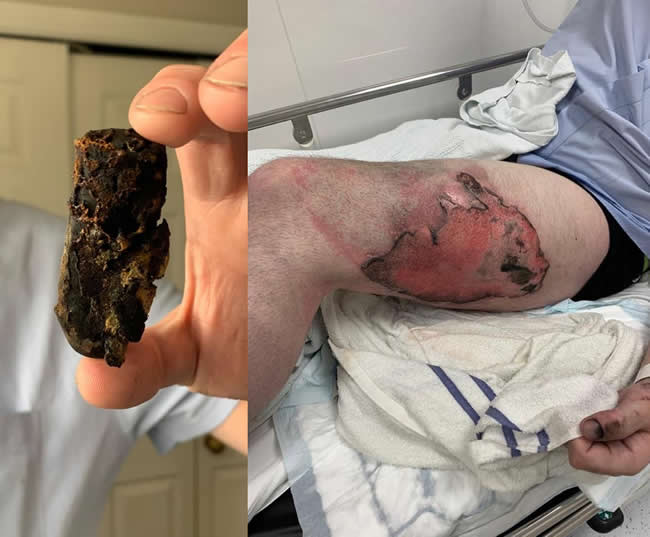 He heard a “sizzling noise”, pulled the car over, hopped out, and watched as his leg “went up in flames”.

“I didn’t really feel much pain at the time because the adrenaline was kicking in. When I got home I realised I was in more pain than what I first thought,” he said.

He drove home then was taken to his local Accident and Emergency department at Frimley Park Hospital in an ambulance. A little while later he was transferred to the Chelsea and Westminster Hospital in London.

His wound was cleaned and dressed, and now he faces a wait of up to three months for a skin graft. Barnes claims he has been left unable to walk.

Although this has been painted as a vape-related incident, it is simply a battery care matter. Lithium ion cells are used to power everything including watches, cellphones and laptops.

A “short” occurs if the top of the cell is connected directly to the bottom. In a pocket this can be caused by anything metallic such as loose coins or keys. The short causes the battery to go into “thermal runaway”, where it gets very hot and gases are released.

Barnes has decided to quit vaping, but it remains a far safer method of using nicotine than smoking. Public Health England and the London Fire Service emphasise that vape devices cause far fewer fires than smoking.