Scott Gottlieb’s resignation from the FDA gives people the opportunity to look at his legacy, and is writ large in the inappropriate actions of Athletic Director Rich Edwards. Thanks to Gottlieb’s part in promoting the notion that there is a teen vaping epidemic, and that nicotine somehow impairs brain development, children have seen their basic rights restricted. A child in Arizona has been strip searched in the hunt for a vaping device.

Evan George attends the American Leadership Academy's Queen Creek campus in Arizona and he is one of those really bad lads. Evan has previously been disciplined for wearing jeans that were ripped and chewing gum. An exceptionally bad lad.

Evan had finished school for the day and was hanging around with friends doing, according to him, a trick producing clouds with his mouth in the cold air. School staff were made aware of the heinous goings on and rushed to grab him and drag him off to the administration office, believing he was doing the epidemical vapes.

Athletic Director Rich Edwards arrived on the scene, took Evan into another room, and proceeded to search for the exceptionally dangerous electronic vapes.

So far, this is a scene similar to most schools where a member of staff is hunting for a prohibited item – but things soon turned exceptionally sour.

According to Evan: “He told me to take my pants down, and he put his fingers in my underwear, I felt scared.”

No vape device was discovered yet Evan was suspended for eight days.

Understandably, Evan’s parents were furious. According to Arizona Republic, they believed their son had been treated unjustly. His father George is quoted as saying: "Evan was never afforded due process. He wasn't able to speak to his accusers, and the dismissal hearing was a farce. There was no interest in what the truth was."

This isn’t an isolated incident in America. In January four 12-yr old schoolgirls were taken aside when someone at the school thought they were “acting giddy”. Their parents say they were then questioned and strip-searched for drugs. One girl refused and was given an in-school suspension.

Governor Andrew Cuomo said: “The allegations are deeply disturbing and raise serious concerns of racial and gender bias. Asking a child to remove her clothing — and then commenting on her body — is shaming, humiliating, traumatic sexual harassment.”

In Tinker v. Des Moines (1969), the court found that established that students do not abandon their constitutional rights “at the schoolhouse gate”. This includes the Fourth Amendment’s guarantee against “unreasonable searches and seizures”.

This changes if the school believes it has evidence of “Power” or “Quantity”, meaning it can then search for serious items such as weapons or illicit drugs – neither of which would adequately describe a vaping device.

The problem for Evan is that the American Leadership Academy is not part of state provision and therefore not covered by the Fourth Amendment.

Regardless of whether Rich Edwards’ conduct was legal or not, it is morally reprehensible and without just cause.

This is Scott Gottlieb’s legacy: a nation so gripped by panic that men are stripping boys in school and using vaping as an excuse to stick their miserable, sweaty hands inside a child’s underpants; a paedophile’s charter.

POTV hopes that Commissioner Gottlieb enjoys the time he is now going to spend with his family. 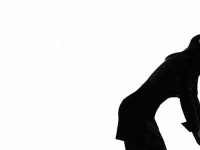 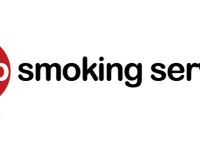