Rather than address the issues of research and the veracity of findings, anti-vape campaigners are indulging in attempting to discredit findings and perspectives by attacking the people behind them. Simon Chapman left rational debate at home in his attempt to discredit Colin Mendelsohn, ATHRA and LGA. Robert Jackler refuted research by questioning the funding and publishing journal.

Ad Hominem: “You attacked your opponent's character or personal traits in an attempt to undermine their argument. Ad hominem attacks can take the form of overtly attacking somebody, or more subtly casting doubt on their character or personal attributes as a way to discredit their argument. The result of an ad hom attack can be to undermine someone's case without actually having to engage with it.” 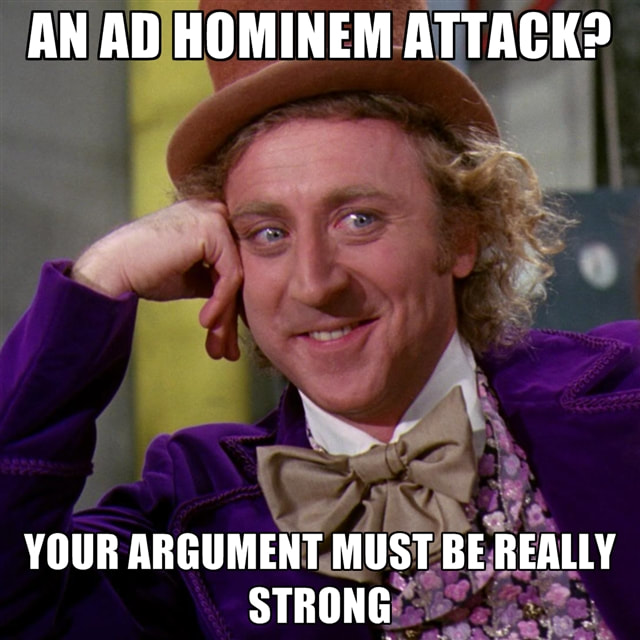 In his latest blog post, Chapman asks: “What is it about far right conservatives and vaping activists in Australia?”

He has set his sights on discrediting ATHRA (the Australian Tobacco Harm Reduction Association) and Legalise Vaping Australia (LGA) by linking them to political opinions he doesn’t share.

Chapman continues: “In this blog, I’ll mostly just let the pictures do the talking. See if you can spot a trend.”

He posts a picture of Colin Mendelsohn, a board member of ATHRA, with two politicians and says: “Mendelsohn’s public brown-nosing of this pair in this tweet caused hilarity among people I talked to.”

Then, adding an image showing Colin with the LGA, he links them all to “a miscellany of far right ‘groups’,” before offering a tip on fashion.

It’s despicable behaviour from a man who ought to know better but rarely seems capable of achieving it.

The level of sneering contempt reaches a peak when he talks about awards presented by the LVA: "I’ve been unable to ascertain whether the value of these plaques takes them over the threshold for mandatory disclosure on the parliamentary gift register. But suffice to say they are obviously priceless, coming from such an esteemed organisation as the LVA.”

Paul Graham's Hierarchy of Disagreement lists ad hominem as the second lowest type of argument in a disagreement. Chapman manages to make it look grubbier. 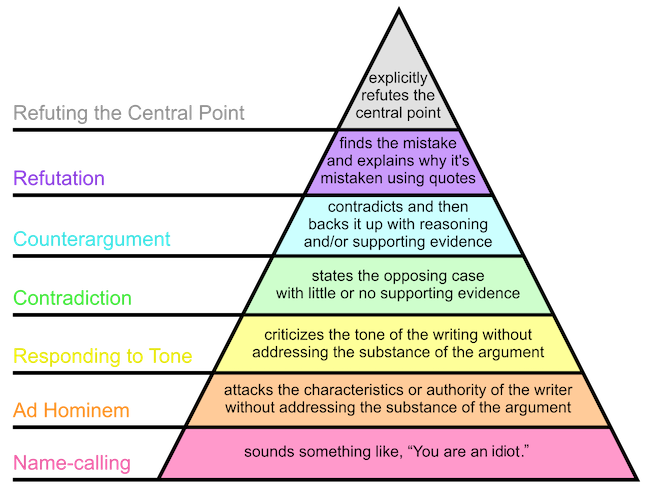 Business Insider carries an article about a Juul-sponsored study conducted by Neil McKeganey, and includes disparaging comments from Robert Jackler (who conducted his own ‘study’ recently). Harm reduction advocate recently described Jackler’s irrelevance and the exceptionally poor quality of his research recently on POTV.

McKeganey found that vaping helped smokers to quit tobacco cigarettes. Jackler, told Business Insider: “the author has a conflict of interest, and the study appeared in what [Jackler] called a low-quality journal.”

He focussed on the “impact factor” of the journal that carried the paper rather than the contents of the paper itself: “They will publish virtually anything if you pay their fee.”

Advocacy means working with politicians across the political spectrum in order to achieve change. Scientific research should be judged on its merits, not where it can be read. Chapman and Jackler have cheapened the value of their contributions by engaging in such underhand methods of criticism.

Links to the two above articles can be found below, but please avoid leaving negative comments. Chapman in particular has a penchant for playing the victim, claiming attacks are part of a coordinated campaign, and it would be best not to give him the ammunition.