Cardiff University researchers have discovered that the number of woman stating that they smoke at their first pregnancy assessment has risen. It calls into question the social stigma they face when in public. In addition, a study by the Royal College of Surgeons in Ireland (RCSI) discovers vaping is not associated with low birth weight or preterm delivery.

The Cardiff research team discovered a 21.1% rise in mothers-to-be smoking, and the participants of the study expressed irritation and alienation due to negative reactions if they smoke or drank in public.

The women spoke about how relationships with midwives would become awkward if they confessed to these taboo behaviours; with the advice they received frequently taking a "judgemental tone".

The reactions had two major impacts, first it solidified the belief that smoking and drinking is fine during pregnancy and, secondly, it drove the behaviour indoors – making the women far less likely to engage with stop smoking services.

"Moral judgements are commonly directed towards mothers through reference to health behaviour in pregnancy, and working-class mothers are particularly subject to this criticism, ignoring the challenges of living on a low income,” said Dr Aimee Grant.

"Our study shows that these looks and comments - including by members of the public - irritate and alienate pregnant women, making them less likely to seek help. No one wants to be judged and shamed."

Dr Dunla Gallagher added: “Rather than stigma, women need empathy and a recognition of the challenges that pregnancy can bring in terms of women's independent choices.”

Dr Marewa Glover, not part of the study, commented: “It’s what I’ve been saying: stop smoker-bashing! It makes it harder to get cessation support to our pregnant mums if they feel they need to hide that they smoke to avoid a bollocking.” 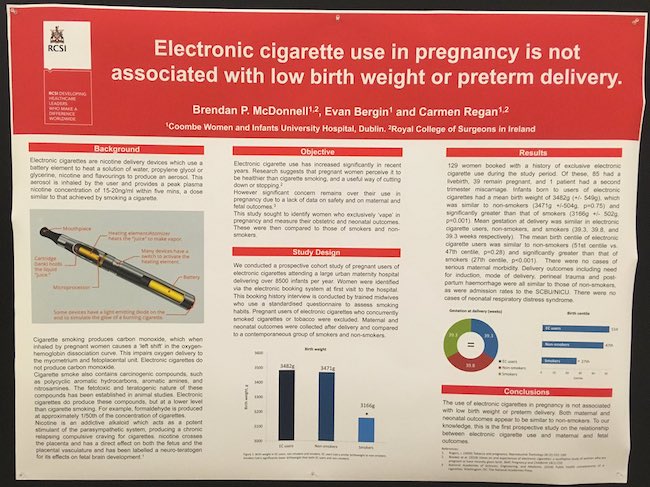 The findings are released at the same time vaping has been given a boost in an abstract presented at a conference last week. Three researchers at the RCSI have looked at how vaping impacts pregnancy at the University Hospital in Dublin.

Many interested in public health have advocated that pregnant women should consider switching to vaping as it eliminates all of the carbon monoxide and carcinogenic compounds produced by burning tobacco.

The study focussed on 125 women and the team noted “The mean birth percentile of electronic cigarette users was similar to non-smokers,” and, “there were no cases of serious maternal morbidity.” In addition, “There were no cases of neonatal respiratory distress syndrome.” 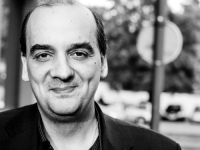