Norwegian academics Rikke Tokle and Willy Pedersen have looked at vaping to assess “user motives, self-identity as vapers and involvement in vaping subcultures.” They claim to have identified two groups, “cloud chasers” and “substitutes”, and think that most of us are “politically engaged in improving vaping regulation regimes”.

Tokle and Pederson write about how previous “findings suggest that vapers as a group are diverse. One may hypothesise that parts of the vaper culture, such as those who develop rituals for vaping (Hoek et al. 2017) and those who vape for pleasure (Farrimond 2017), may have characteristics typically associated with visible and often self-confident subcultures.”

They explain: “Drawing symbolic boundaries, we can distinguish “us” from “them”, and separate people into groups that feel similarity, unity and group membership. In this respect, the use of symbolic boundaries also offers people who engage in a certain behaviour the ability to distance themselves from those defined as stigmatised.” 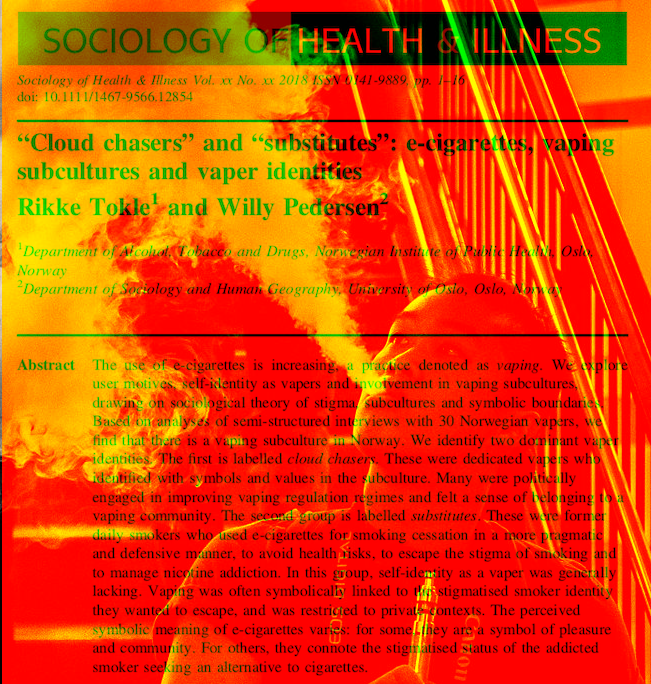 Given the wealth of vaping groups and forums available to the researchers, it is odd that they felt comfortable with a sample size of thirty vapers, contacted over a four-year period from 2014-2018. They managed to obtain this massive cohort, each receiving around £30, by attending vape meets, visiting stores, and “venues in the nightlife economy” – we’ll assume the latter means “pubs”. They do acknowledge that this might not be a representative sample.

“Some seemed to be proud “public” vapers; others were more reserved and reluctant.”

They cite excerpts from conversations with these vapers:

Tokle and Pederson continue: “These differing approaches to the vaper subculture were echoed in the rest of our data material. Two dominant vaper identities became evident; we labelled them ‘cloud chasers’ and ‘substitutes’.”

The duo felt that cloud chasers all shared four traits: 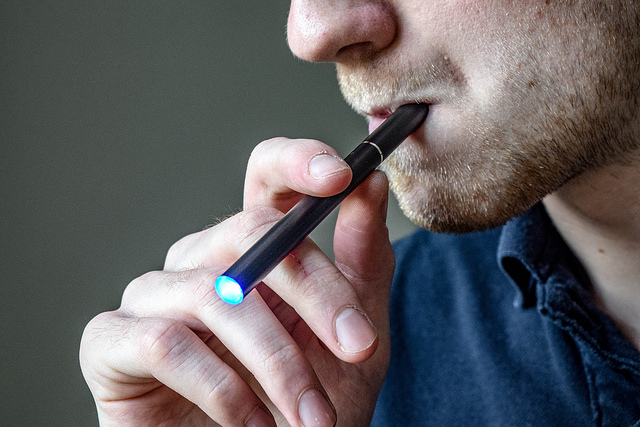 Of actual interest, the interviews were all conducted in Norwegian, yet vaping terms were all in English in order to demonstrate, so the researchers believe, “insider competence”; “a flexible communication system that is … hidden from mainstream culture.”

From their snapshot, the pair drew the conclusion: “these interviewees were politically engaged with regard to the legislation of e-cigarettes”. It would be interesting to see if this finding could be reproduced with a larger sample size given the lack of support for previous campaigns across Europe?

Where they got it right: “The vaping subculture was described as inclusive, inviting trust, affective friendships and social networks.” Many of us have first hand experience of this from the Planet of the Vapes forum and social media groups.

They concluded: “The social meaning of e-cigarettes and vaping varies and involves a vaping subculture, ideas about health through harm reduction, pleasure and community, as well as addiction and stigma. The existing vaper subculture has played a significant role for some vapers; however, the aesthetic and performance part of the subculture in particular may have little appeal for large groups of other vapers.”

Vaper image on report by micadew