Steve Brine MP, The Parliamentary Under-Secretary for Health and Social Care has responded to vape and general tobacco harm-related questions from Alex Cunningham MP, Bob Blackman MP and Gregory Campbell MP. The frequency of such points being raised in parliament is indicative of the higher profile vaping and harm reduction now enjoy.

Alex Cunningham, who represents Labour for Stockton North, asked the Parliamentary Under-Secretary for details about the meetings and discussions the government has held with companies representing the tobacco and vaping industries. He was particularly interested in discussions relating to vape regulation and policy over the last three years.

Steve Brine told Cunningham: “The Department has held discussions and meetings with the Independent British Vape Trade Association (IBVTA), who is independent of the tobacco industry, over the past three years. I also met the IBVTA on 12 March 2018 to discuss United Kingdom vaping and regulations.”

IBVTA claimed to have met with the Chancellor of the Exchequer during August, but Brine said The Department of Health and Social Care does not collect data on discussions with the vaping industry from other government departments.

Bob Blackman, Conservative MP for Harrow East, asked the Under-Secretary how much The Department of Health and Social Care has spent on campaigns to promote the smoking cessation during the current financial year. He also wanted to know how much money was going to be committed for the rest of the year to April. 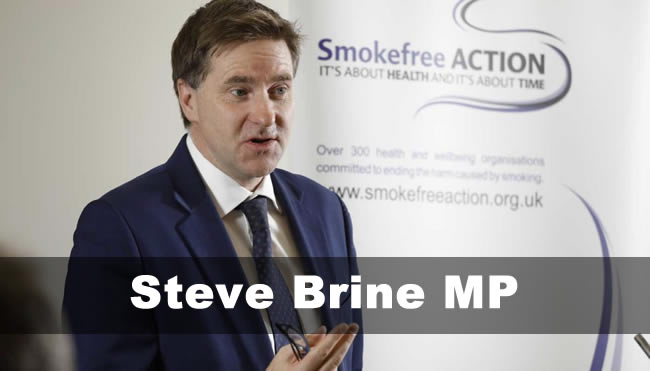 “As the 2018/19 financial year is not yet complete and campaign work is ongoing, these figures should be considered provisional. Figures are net plus agency fees and commissions (rounded to the nearest £100,000). Figures exclude Value Added Tax.”

Gregory Campbell, the DUP Shadow Spokesperson for Health, what initiatives the National Health Service has undertaken as a result of the March 2018 World Conference on Tobacco or Health.

Steve Brine informed Campbell: “We are not aware of any local initiatives launched in the National Health Service as a direct result of the 2018 World Conference on Tobacco or Health. As with previous World Conferences, the United Kingdom Government attended the 2018 World Conference to share our experiences as a world leader on tobacco control, and to inform our thinking on future policy development. NHS England has a number of commitments to tackle smoking, as set out in the 2017 Tobacco Control Plan and associated Delivery Plan.” 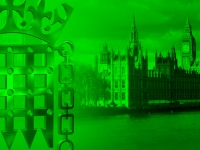