New Zealand has set out a common sense approach to the regulation of vaping and has been widely welcomed by consumers, advocates and experts. New Zealand’s Associate Minister of Health Jenny Salesa announced the measures two weeks ago and some are hoping Australia can adopt a similar reasoned approach.

The new policy has been based on the following accepted evidence:

Jenny Salesa explained: “We are supporting New Zealanders to be healthier by helping smokers switch to safer products, and at the same time protecting people who don’t smoke, especially young people.”

“The proposed changes to the Smokefree Environments Act will put a stop to vaping and similar smokeless tobacco products in places such as bars, restaurants and workplaces – as we already do with cigarettes. There will also be changes to the way vaping products are displayed in retail stores. This will be similar to retail advertising of tobacco products.”

“Vaping is a significantly less harmful alternative to smoking and it has been used as an effective tool to quit smoking. However, it is not completely risk free and that’s why we need to make it as safe as possible and protect young people from taking it up. Vaping is also cheaper and this is important because people on low incomes have some of the highest smoking rates.”

Dr Robert Beaglehole, chair of Action on Smoking and Health (NZ), said: “I still think we should be doing everything we can to encourage smokers to switch to vaping and anything that restricts that we need to seriously consider."

Associate Minister of Health Jenny Salesa added: "The public will have a say on the legislative amendments proposed. That opportunity will come next year when the select committee calls for submissions. The Ministry will also consult on implementation of the changes."

ATHRA applauded the regulations and said they “find a sensible balance between helping smokers to switch to safer products and protecting people who don't smoke, particularly young people.” It believes the New Zealand government’s approach is “supportive and non-judgemental”, especially in that it recognises that alternatives beyond “just quitting” are needed for some smokers

Colin Mendelsohn calls for a similar approach to be adopted in Australia: “New Zealand smokers are fortunate to have this level of support by a government who genuinely understands their plight and is keen to support them. Their progress highlights how far Australia is falling behind best practice in denying safer alternatives to smokers who are unable to quit.”

“Vaping is effectively banned in Australia and discouraged by most tobacco control, government, health and medical organisations. Smokers who are unable to quit are forced to either vape and break the law or take a two in three chance of being killed by smoking. Australia continues to have a thriving black market with a lack of product safety and quality standards." 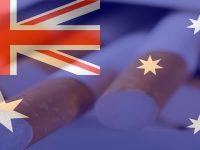