Researchers at the Institute for Therapy and Health Research in Germany have conducted a study looking at vape marketing. Despite data demonstrating that there is no significant increase in the numbers of young people smoking, they concluded that seeing ecig adverts drove teens to tobacco.

Julia Hansen, Reiner Hanewinkel, and Matthis Morgenstern produced a paper titled Electronic cigarette marketing and smoking behaviour in adolescence: a cross-sectional study. It is a ludicrous and shameful piece of work.

Hansen explained her reasons for carrying it out: "The World Health Organization recommends a comprehensive ban on tobacco advertising, promotion and sponsorship in its Framework Convention on Tobacco Control. Despite this, in Germany, tobacco and e-cigarettes can still be advertised in shops, on billboards and in cinemas after 6pm. Elsewhere, although tobacco advertising may be banned, the regulations on advertising e-cigarettes are more variable. We wanted to investigate the impact that advertising might be having on young people."

Anonymous questionnaires were completed by almost 7,000 German children, aged 10-18. Two fifths claimed they had seen adverts for vape products, and the researchers say this made them around twice as likely to be vapers.

Translation: This type of research can’t prove cause and effect – but we are going to suggest it anyway despite there being far more sensible explanations.

Translation: Fruit is something created by Big Food to act as a child gateway to broccoli.

Translation: This study adds nothing. 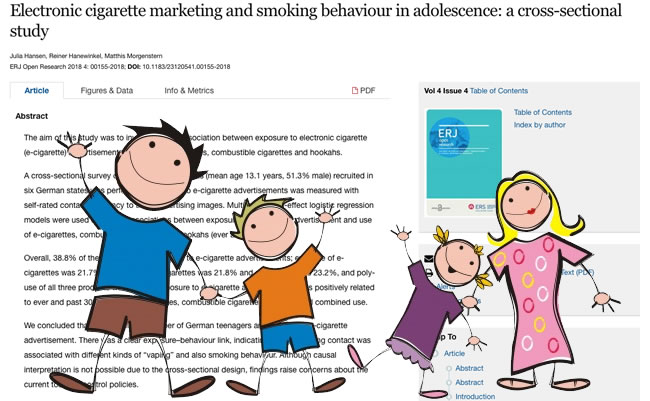 “There are concerns that e-cigarette use might act as a 'gateway' to cigarette smoking and may contribute to the development of a new generation of cigarette smokers. So youth should be protected from any kind of marketing actions.”

Translation: We are ideologically opposed to the use of nicotine in any form so we want to keep the entire population of Europe in the dark about harm reduction.

Martin Dockrell, tobacco control lead at Public Health England, has said previously: “Evidence shows that vaping is not leading to an increase in the number of young people smoking.”

If the authors had read Dockrell’s statement and looked at the data prior to carrying out this study they could have saved a lot of money and time - but then is that the desired outcome for a state-approved psychotherapy training centre promoting an alternative method of smoking cessation? 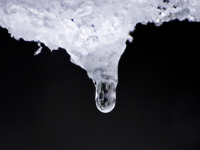