The Sunday Times carried an article with the salacious title “Vaping flavours sold on Amazon dodge rules to appeal to children”. It focussed on brands that steal the intellectual property of major food and confectionary products manufacturers. Trade body UK Vaping Industry Association (UKVIA) would support an increase in oversight of this unregulated section of the juice market.

Due to the fact that non-nicotine liquids do not fall under the Tobacco Products Directive, according to the newspaper, it has allowed a free-for-all market to blossom. The article highlighted that consumers can purchase the following on Amazon: 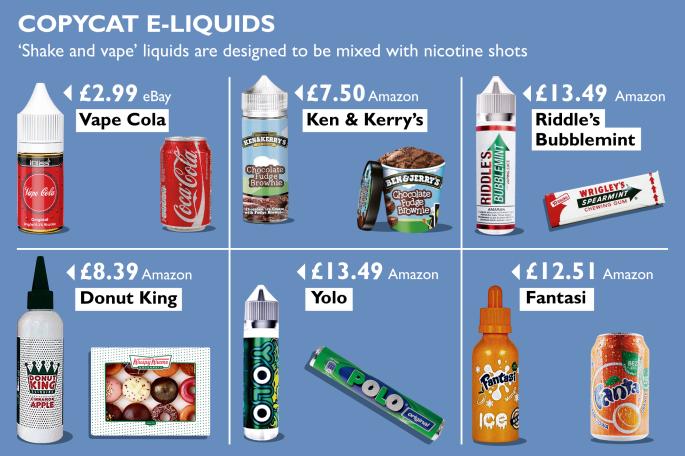 All these products steal the intellectual property of other companies and (whether they actually appeal to children or not) portray vape businesses in an exceptionally poor light. The bulk of such liquids are manufactured abroad and do not reflect the work of UK-based producers.

An additional problem is that some of the foreign shortfills have tested positive for acetylpropionyl (otherwise known as AP). Like acetoin, AP can convert itself into diacetyl and was highlighted as an issue in Dr. Farsalinos’ 2014 work looking at juice constituents. Collectively, these chemicals are known as the diketones and cause respiratory tract epithelial damage and fibrosis to lungs.

It is impossible to understand how anybody could support this business practice, but Vaping With Vic’s Vic Mullin gives it a good attempt: “I’m pretty sure UKVIA will pull all these tweets down when I go public with this. UKVIA is throwing the shortfill market under the bus.”

UKVIA hasn’t seen any reason to withdraw from its position, and stands by the fact that untested, unregulated liquids pose a credible risk to vapers and the industry. It’s press release states:

“The UKVIA is concerned that 0-nicotine vaping liquids could present a potential danger to consumers unless brought in to line with the existing regulations and testing standards that govern nicotine containing liquids.”

“Liquids without nicotine fall outside most of the existing regulations and standards, that ensure quality and safety. We have conducted tests on a number of products that were of concern to us and found worrying levels of acetylpropionyl that would otherwise be banned in a nicotine containing liquid.”

“This situation is a classic example of poorly thought through regulation and the law of unintended consequences. We have raised this issue with government, regulators and Parliament on a number of occasions – and so far our concerns have fallen on deaf ears.”

“Our members are focused on providing best in class products, that have consumer enjoyment and safety at their core. To be clear we are only concerned about a minority of products. However, elements of the industry are exploiting this ‘loophole’ and are thereby undermining the hard work of responsible manufacturers.”

“This situation is being perpetuated by irresponsible marketing utilising platforms such as Amazon. Consumers, understandably, cannot be expected to know the exact components of the liquids that they are purchasing. A lack of due diligence by prominent online retailers, like Amazon, is allowing the market to be flooded with potentially dubious unregulated liquids.”

“What’s more, 0-nicotine liquids are not subject to the same advertising and marketing standards. We are deeply concerned that a number of products are ignoring copyright and utilising marketing methods that most reasonable people would regard as irresponsible. Due to the lack of consistency of regulation, these products are able to be released to market without sufficient testing which is creating a race to the bottom on standards, leaving consumers unnecessarily exposed.”

“There is no longer a level playing field for those companies who have invested significantly to comply with regulations and are trying to do the right thing. Urgent action is required to bring regulations inline to protect consumers, prevent a potential public health issue and ensure vaping remains a viable alternative for those seeking to reduce or stop smoking.”

Unquestionably, something has to be done about preventing this handful of miscreants abusing intellectual property, including harmful substances and lowering the reputation of the vaping industry.

It remains a fact that all the independent juice companies who grew from of being POTV forum members, who invested all of their profits in better clean rooms and product testing to become TPD compliant - the likes of Manabush, El Diablo and Colonel Boom, who have done everything correctly – are all struggling due to unregulated and untested shortfills. They all went to great lengths to formulate liquids that do not contain diketones. It is these responsible small-scale businesses we should be supporting, not those who ruin our reputation with the public and politicians.

Mood music emanating from parliament is that this issue will be addressed during the next review of the Tobacco and Related Products Regulation Act 2016. Steve Brine MP recently stated: “Nicotine shots are regulated under the TRPR as they are a nicotine containing product. As shortfills do not contain nicotine when sold they are not regulated under the TRPR, but are covered by General Product Safety Regulations. The Government is committed to conduct a review of the TRPR at a later date.” 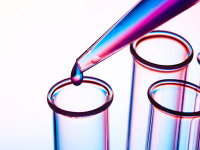