A soon to be published leading article in the BMJ has accused Public Health England of being “pusillanimous” in its approach to vaping. The trio of authors state that they are not experts in the area – which poses the question ‘how did they find just the list of negative studies?’ The finger of suspicion points towards a certain anti-vape zealot.

“This is not an area of expertise for these authors, so we have to rely on the published literature,” write the authors of Tar wars: the (tobacco) empire strikes back (Bush, Bhatt and Grigg).

They are not experts, but swift to cite the World Health Organisation, The National Academies of Sciences and Engineering and Medicine, Stanton Glantz, Jessica Barrington-Trimis, Adam Leventhal, and Maciej Goniewicz. They are not experts, but expert enough to avoid referencing a single study from the United Kingdom. The opposite of expert is ‘amateur’ – and this is an attack of the most amateurish construction.

They are not experts, but apparently able to state that vaping should have had its metaphorical head cut off and a burning firebrand placed on the stump of its neck, because they are filled with ire that it has been “enthusiastically embraced by Public Health England, Members of Parliament and others as ‘at least 95% safer than cigarettes’.”

“In one study,” the non-experts write, “all 122 vaping refill liquids studied contained substances having some level of hazard/risk of danger according to the globally harmonised classification system for respiratory irritants.”

People aware that the dose makes the poison might well feel they are clearly not experts in toxicology either, and they set up all future investigations to fail: “Even if an investigator could be sure that one fluid was blameless, that certainty could not rationally be extended to any others.” 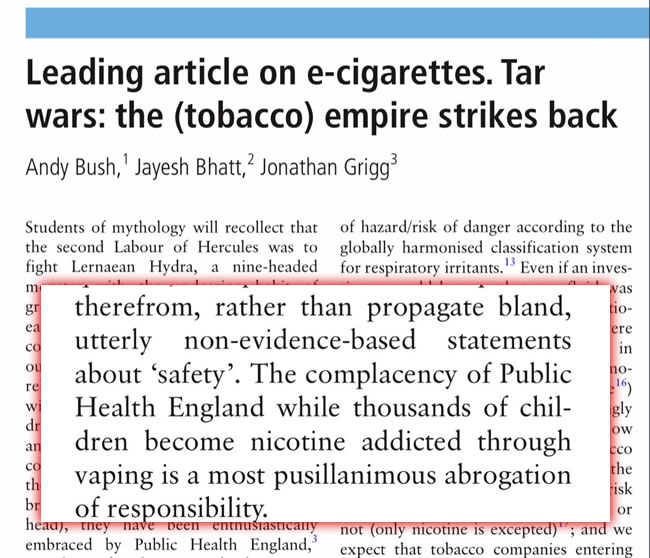 But shouldn’t we all be scared of vape? After all, there was that problem with humidifiers in Korea. You haven’t heard of it? Don’t worry, the tedious trio are here to help: “We should also remember the devastating effects of inadvertent inhalation of one specific humidifier disinfectant in causing interstitial lung disease.”

These chemicals are not found in eliquid. This is akin to saying people shouldn’t vape because of the nasty ramification to breathing in mustard gas in the First World War.

Following on from talking about Hercules’s hydra, they raise the spectres of Big Tobacco influence, flavours roping in children through gateways, mouse lungs, and the possibility that lung cancer and COPD may takes decades to manifest…ignoring the possibility that the latter would be strongly associated with previous heavy smoking.

These non-experts then state there is absolutely no evidence to support the use of vaping as a tobacco harm reduction tool: “Young people must be warned of the adverse consequences, and protected as far as possible therefrom, rather than propagate bland, utterly non-evidence-based statements about ‘safety’.”

“The complacency of Public Health England while thousands of children become nicotine addicted through vaping is a most pusillanimous abrogation of responsibility.”

All in all, it’s quite apt that Bush, Bhatt and Grigg began their piece with a mythological reference given that their objections could be filed in the same part of the library. But if we take them at their word that they are amateurs when it comes to vaping and vape research, where could all this be coming from?

As one genuine expert at Public Health England responded: “I can hear a distinct ulster cadence to the Edwardian pomposity.”

Martin McKee has been the hand behind anonymous articles in The Lancet that poured similar blinkered bile. His ‘recklessly negligent, ideologically loaded, click-bait approach to publishing’ is as irresponsible as it is cowardly. Getting other people to push forward his duplicitous agenda is carried out with the aim of building a sense of apparent consensus, something that doesn’t exist in the U.K.

The article is absolutely correct when it states, “non-evidence-based ‘consensus’ should not be allowed to determine public policy,” and this is why ‘Tar Wars’ should be roundly mocked and ignored for the junk that it is.

Bush, Bhatt, Grigg, and possibly McKee have the temerity to call Public Health England pusillanimous? The same Public Health England that has taken a very courageous step in addressing the deaths of millions of smokers in encouraging harm reduction? The condition seems more applicable to the authors when it comes to looking at evidence: Medice, cura te ipsum. 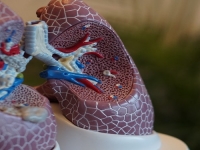