Clive Bates spoke about disruption during the third session at the E-cigarette Summit 2018. He highlighted the areas that have driven or undergone change and made a forecast for how he sees the future, both in the USA and globally. Ultimately, he argued, the power remains in the hands of the consumer.

“I’ve missed the last two and it’s great to be back – it’s been really stimulating so far, so lets hope it doesn’t take a dip now. I keep trying to understand what is going on with the technology and what it’s effecting, so I’ve tried to draw out ten different aspects of the disruption.” 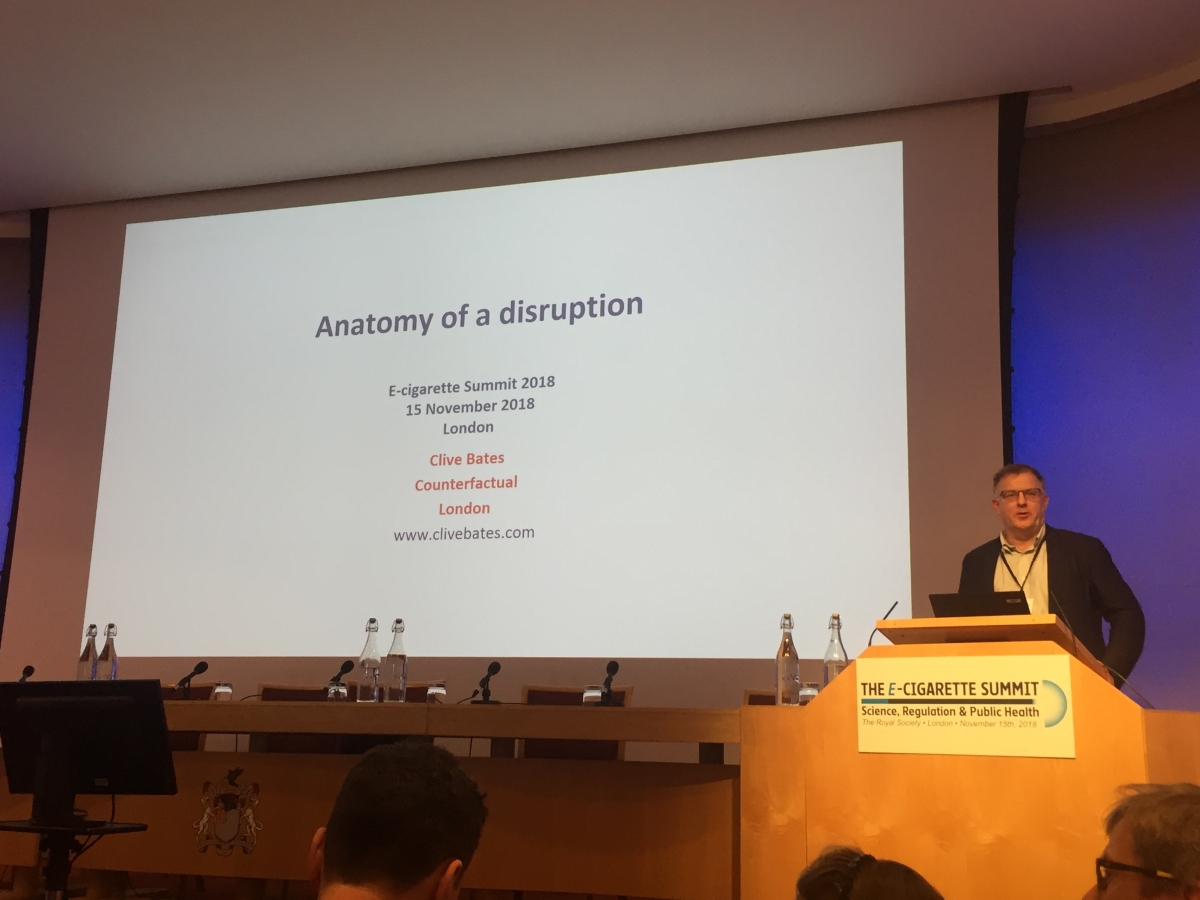 “This has been the thing that has made e-cigarettes and tobacco heated products viable. This has created a rival to combustion as a means to which an inhalable aerosol can be created.”

“The second thing I believe has been disruptive is institutions, particularly regulatory institutions. My concern here is that these institutions have not responded well to innovation; they have adopted many of the patterns that we would see as enemies of innovation – they’re throwing out a kind of regulatory antibodies in response to something that could actually be extremely good.”

“An example of this: when you’re uncertain about a risk, as a regulator you can take action that is defensive or you can approve it. What regulators are obsessed with is not being wrong about approving things. They are concerned about approving something that is risky – loss aversion.”

“What they almost never bother about is harm caused by refusing something that would have been beneficial. You can see this throughout impact assessments – whether it’s the EU, the UK, or the WHO. They are never counting the consequences of taking a hostile approach to these things.”

Thirdly, Bates spoke about law and regulation: “So, along comes a product with completely new characteristics: how should we regulate it and what body of law should we draw upon?” 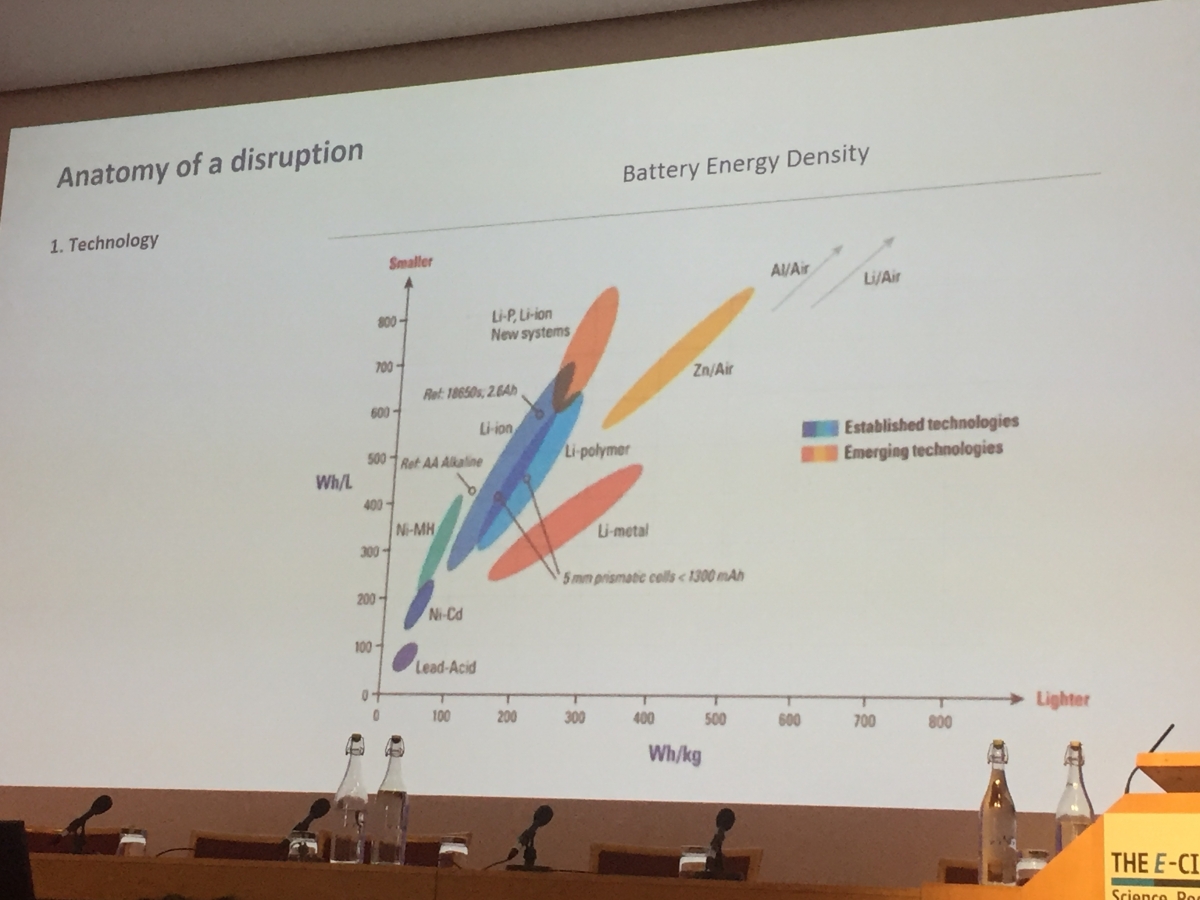 “The products are not medicines, they are not used as medicines by people who regard themselves as patients in need of treatment to cure themselves of an illness.  They are not tobacco products in the way that tobacco regulation has been set up – which is to defend against a harmful pattern of use. Tobacco regulation, particularly in the United States, has been terribly misapplied: the objective has been to stop innovation.”

“When we see the full operation of the FDA’s approach, we will see that it all but destroys the vaping market, leaving (probably) a few tobacco companies and a few relatively simplistic products on the market.”

“Poison regulation has been used in Australia. Regulators have just drawn in and adopted whatever regulation there is, rather than thinking carefully about what the needs of the market actually are.”

Next, Bates led to the heading of politics: “This is an issue that offers itself up brilliantly to grandstanding politicians.” Clive displayed a letter from a group of U.S. senators, telling the audience that we could ignore what they are actually saying, “it doesn’t really matter because it’s who is saying it and the impact of this.”

“It’s perfect: there’s kids involved, there’s a marginal group of unpopular people (smokers), there’s new technology, there’s big tobacco companies. Honestly, if you can’t string together a compelling political narrative about how that is a threat to be dealt with urgently then you’re not doing your job. And, of course, that is exactly what they’re doing.” 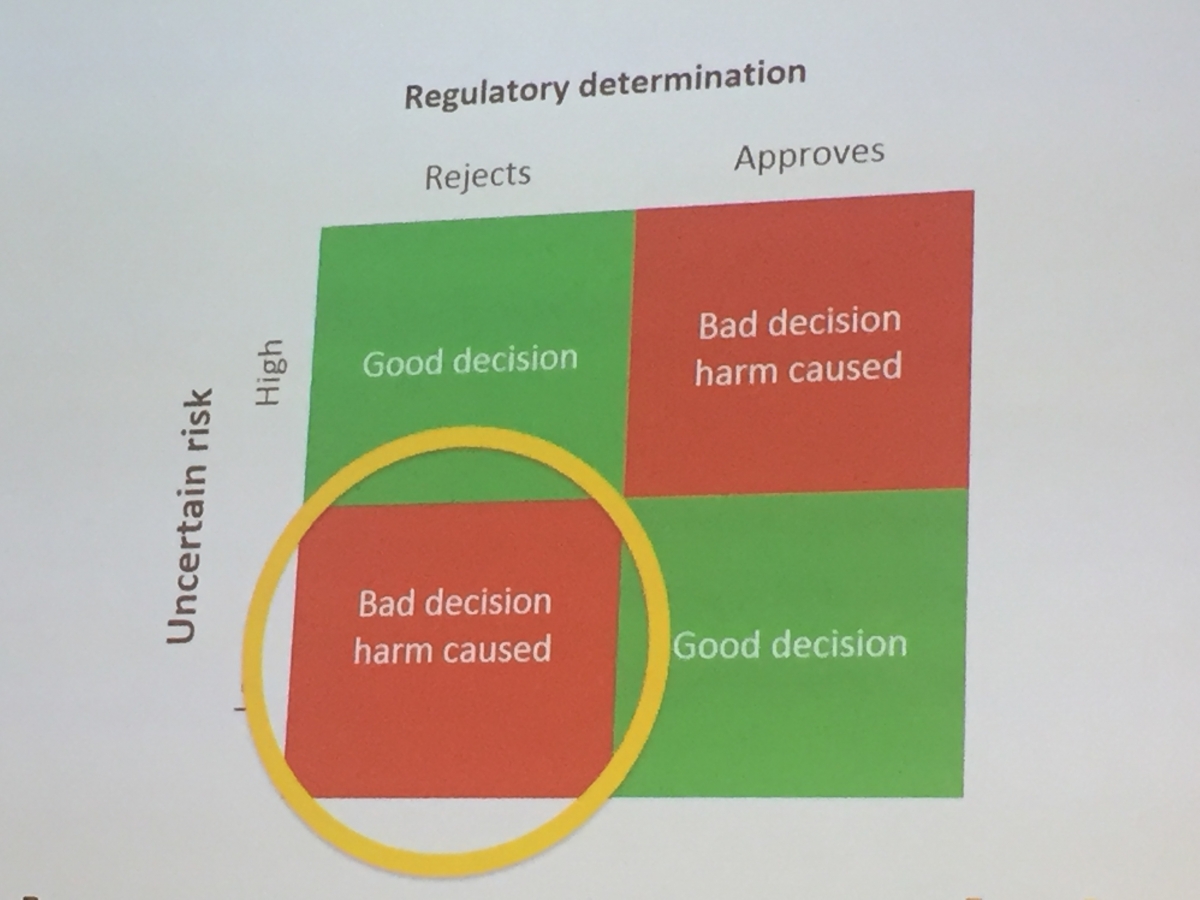 Activism: according to Clive, vaping has rejuvenated jaded lobbying organisations, tired of the long battle against cigarettes: “This is a massive enterprise now, it’s extremely well funded. But they’re not embedded in any community or any kind of affinity with the population or the client group at risk. They’re mostly funded by outsiders, notably by Gates and Bloomberg, with huge flows of money going into this marketplace – and this comes with an American-based hostility to tobacco harm reduction.”

Clive stated that he could do a lengthy dissertation on the sixth subject, that of academia – or, as he referred to it: “the malevolent malfunctioning machine of academia.” The system for publishing papers, he said, isn’t open to innovation, is defensive of its own interests, and locked into asking the wrong questions.

“It’s been quite dispiriting, but I would draw on this quote from Jonathan Haidt (from The Righteous Mind): ‘Intuition comes first, and strategic reasoning second’. In other words, people feel what they should think about tobacco harm reduction and then they fill in a rationalisation for it subsequently.”

“Vaping is an affront to the authority structures in public health. It’s basically consumers and businesses getting on with it without their involvement or permission.” 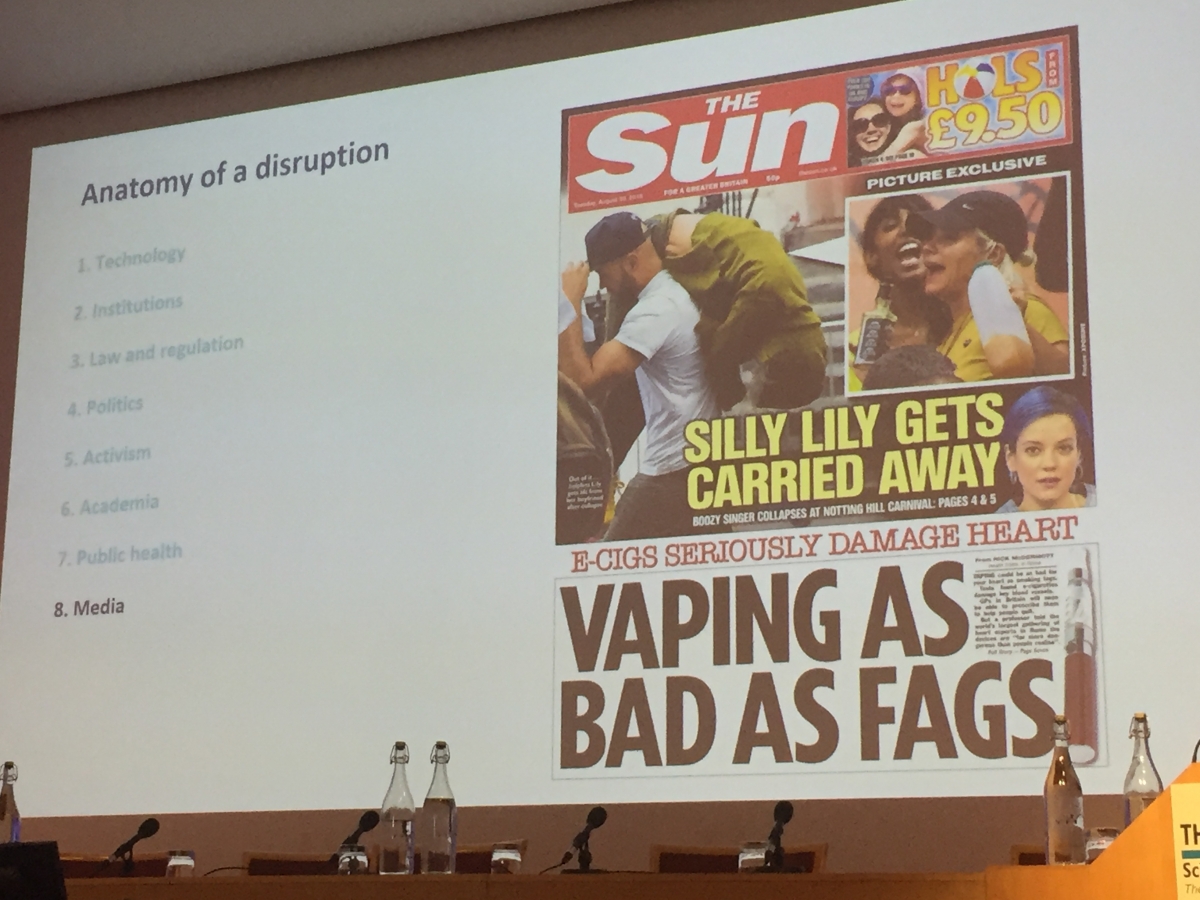 Next, the media: “I think the media is interesting in and of itself because it’s undergoing a disruption around digitisation and the way media is now judged to be successful. They are constantly looking for page hits, engagement scores and there are many more metric now available to newspaper owners. That creates a terrible incentive to go for click-bait stories.”

Ninth, business, to which Clive felt his opinion would be unpopular in many circles: “More or less, I think the companies are doing the right thing. There’s one or two things around the edges; I was particularly unhappy with the way Atria conducted itself last month, but more or less I think these companies are going to markets with reduced harm products because that’s where the future is.”

Finally: “I think the consumer is the real player in this. This is why I’m basically optimistic. Consumers will ultimately make these choices, using their own money in their own interest, to protect their own health irrespective of what the regulators do. And markets will facilitate that, whether they are licit or illicit.”

What next for Clive?

“I don’t think the outlook is particularly good. I think the regulators, academia, the media will carry on demonising this area, but the hope comes from the consumers and the basic essence of the transaction in vaping: people will act in their own interests to do things that benefit them, and markets will form around that.”

“The main influence of the tobacco control community, public health and academia will be to slow those developments down – but they will never be able to stop them.”