Vaper Expo took place at the National Exhibition Centre (NEC) in Birmingham this weekend but some had their trip ruined by alleged vendors fighting in the thoroughfare, next to the Souljar Eliquid stand. Representatives of Nasty Juice Worldwide/Nasty Juice Europe Ltd/Nasty Juice EU have taken to Facebook to deny that they were involved.

Vaper Expo is an bi-annual event at the NEC and attracts hundreds of vapers from across the country. Crowds gather to sample liquids, try out new vape kit and grab some freebies. 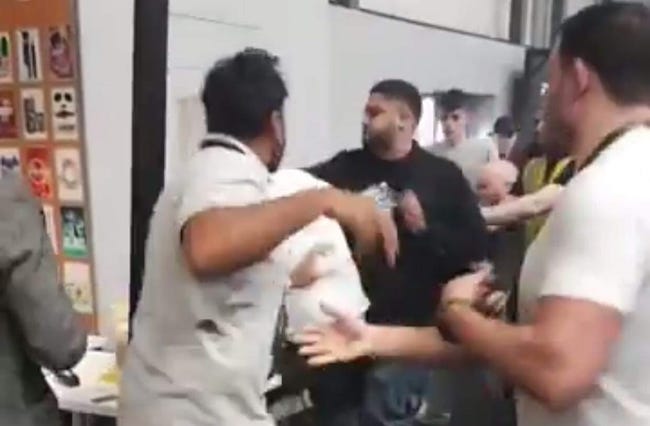 The organisers of Vape Expo say: “We have been working on creating a show that works for all our exhibitors, trade visitors and consumers, combining the right mix of professionalism, entertainment, retail and B2B.”

Professional standards slipped when it came to alleged vendors taking issue over the claimed copying of a liquid recipe. Photographs, video and individual accounts report witnessing a fight breaking out as a man with a light beard and wearing a black shirt attacked a group of people wearing Souljar t-shirts standing next to the Souljar stand. 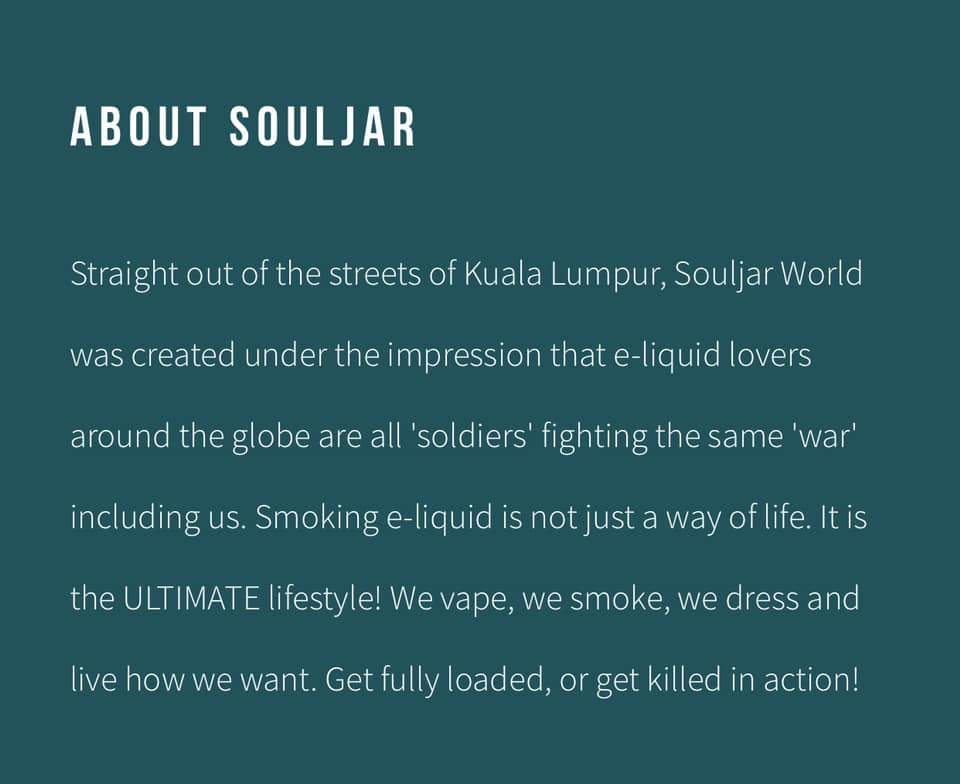 Witnesses to the event claim the fight also involved a representative of Nasty Juice, a company taking a strong line against counterfeit products.

On its site, Nasty Juice writes: “Fake e-juice is popping up everywhere now. You might have encounter [sic] some yourself. There’s no point sugar-coating this. Fake e-juices are dangerous, both to the industry and yourself.”

The company claims that counterfeit products are dangerous because: 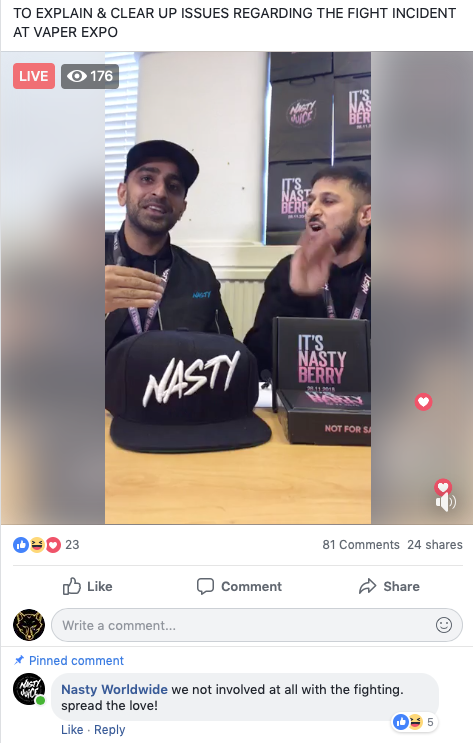 Nasty Worldwide took to Facebook to “explain & clear up issues regarding the fight incident at Vaper Expo.”

In the video, seen by 3100 people at the time of writing, representatives of the company repeatedly denied any involvement, stating that they were all too busy to eat during the day – let alone get involved in an altercation with other vendors.

Souljar has been approached for comment but has not replied at this time, the page will be updated if they do. 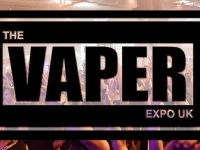 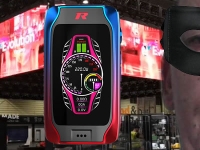