Martin Dockrell has celebrated the success of a video made by the New Nicotine Alliance (NNA) and the National Centre for Smoking Cessation and Training (NCSCT), and urged more people to watch it. The video has achieved 145,000 views in eleven months and Dockrell hopes it can reach more people still. He has also spoken out about tougher health warnings for e-cigs.

Martin Dockrell is the Tobacco Control Programme Lead for Public Health England, a role he took on after 7 years at Action on Smoking and Health (ASH UK). He wrote: “When the NNA and NCSCT made this video for us last year we said ‘who’ll watch 13 minutes of talking heads?’ Eleven months and 145k views later I’m thinking can we make it 150k in a year.”

In the film, experts look at the evidence surrounding vaping. This includes coverage of the safety of e-liquids, the possible danger posed by vapour, the so-called 'gateway' effect, and how vaping is safer than smoking.

Advocate Clive Bates commented on the short film: “Everyone with an interest in vaping and harm reduction - including and especially those who oppose it - should watch these UK videos. Great collaboration between government agency Public Health England, the public health experts at NCSCT and expert users and consumers at the NNA.”

The NCSCT supports the work of local stop smoking services with training and assessment programmes, support services for local and national providers and conducts research into behavioural support for smoking cessation.

The NNA is concerned with improving public health, through a greater understanding of the full range of risk-reduced nicotine products and their uses. It receives it’s funding from independent sources and mobilises volunteers to speak at public events. 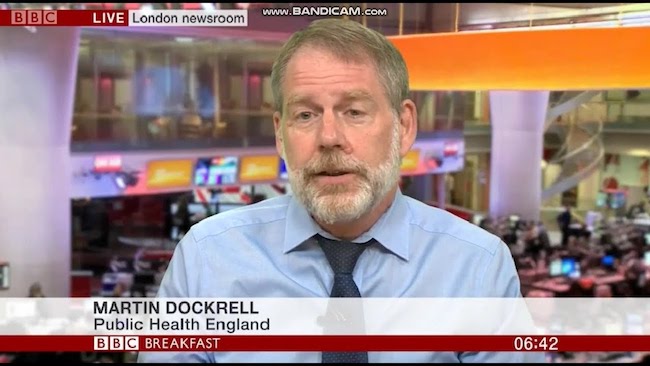 Dockrell has also addressed the subject of proposals for tougher health warnings for vape products. He said that although “over 90% of regular vapers are current or ex-smokers,” a problem is growing because “the perception among [current] smokers that e-cigarettes are as harmful as smoking is rising.”

The prospect of tougher warnings poses a problem, according to Dockrell, as it would “increase the false belief that e-cigarettes are as harmful as smoking”. He thinks it would lead to fewer smokers trying vape products and increase the numbers dual fuelling.

Furthermore, “Among never smokers, given regular vaping is extremely rare, there is almost no scope for these warnings to discourage the uptake of vaping or smoking.”

You can support the work of the NNA for free by becoming a supporter or making a donation.

You can share the video using this link: https://www.youtube.com/watch?v=qljBzXmTqjE