The latest Health Matters guidance from Public Health England (PHE) covers vaping and includes it in the best ways to quit smoking. It also directs professionals to accept the use of electronic cigarettes and develop a better understanding of vaping.

Public Health England’s Health Matters, published by the UK Government, begins by addressing the scale of the problem confronting the nation: “Smoking is the leading cause of preventable illness and premature death in England. In 2016 alone, there were around 78,000 deaths attributable to smoking, representing 16% of all deaths across the UK.”

It notes that misinformation about nicotine is rife “amongst smokers and health professionals”, and that people believe it causes most of the harm of smoking. 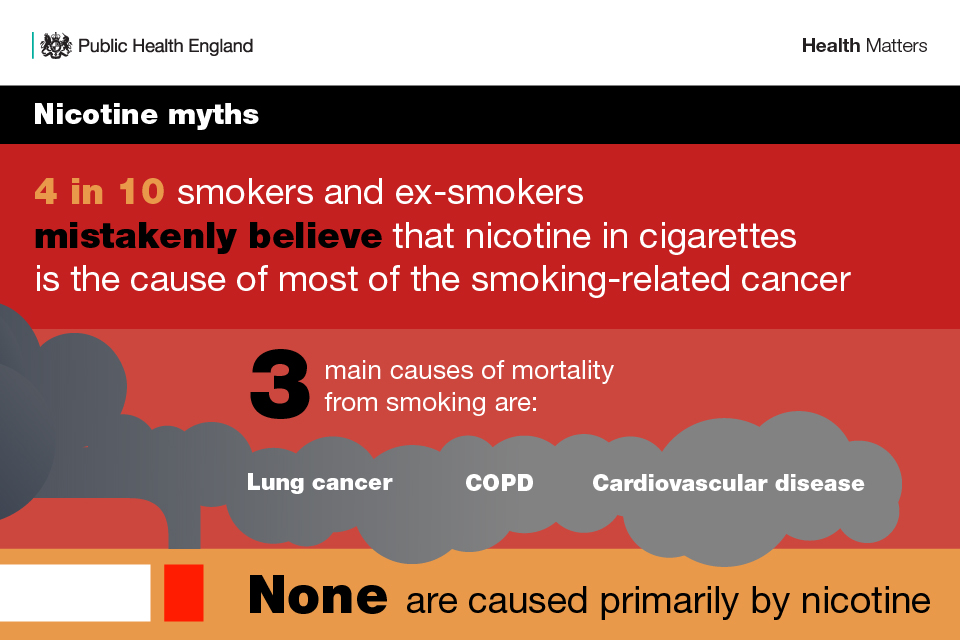 The update states that nicotine is “relatively harmless.” Even anti-vape campaigners would be hard pressed to argue otherwise seeing as it is “licensed for use even in pregnancy and for people with cardiovascular disease.”

Most importantly, “Nicotine is not a carcinogen.”

The instruction to local stop smoking services is that they should “engage actively with smokers who want to use an e-cigarette to help them quit.” This is important because only around 4% of those using stop smoking services are using an e-cigarette in their quit attempt. “More can be done to combine the popular quitting method with the most effective quitting aid, to maximise the number of smokers quitting successfully.”

To pharmacy teams: “Smokers interested in quitting may also ask about e-cigarettes, so pharmacy staff should update their knowledge on the evidence and products available, by completing the NCSCT online training module.”

PHE’s blog: ‘Clearing up some myths around e-cigarettes’

Public Health England has much to say on the subject of vaping: “Leading UK health and public health organisations including the RCGP, BMA and Cancer Research UK now agree that although not risk-free, e-cigarettes are far less harmful than smoking.”

“Based on an assessment of the available international peer-reviewed evidence, PHE and the RCGP estimate the risk reduction to be at least 95%. In 2018 so far, 3 major US reports (National Academies of Sciences, Engineering and Medicine, American Cancer Society and the US Annual Review of Public Health) have found that e-cigarettes are substantially less harmful than smoking.” 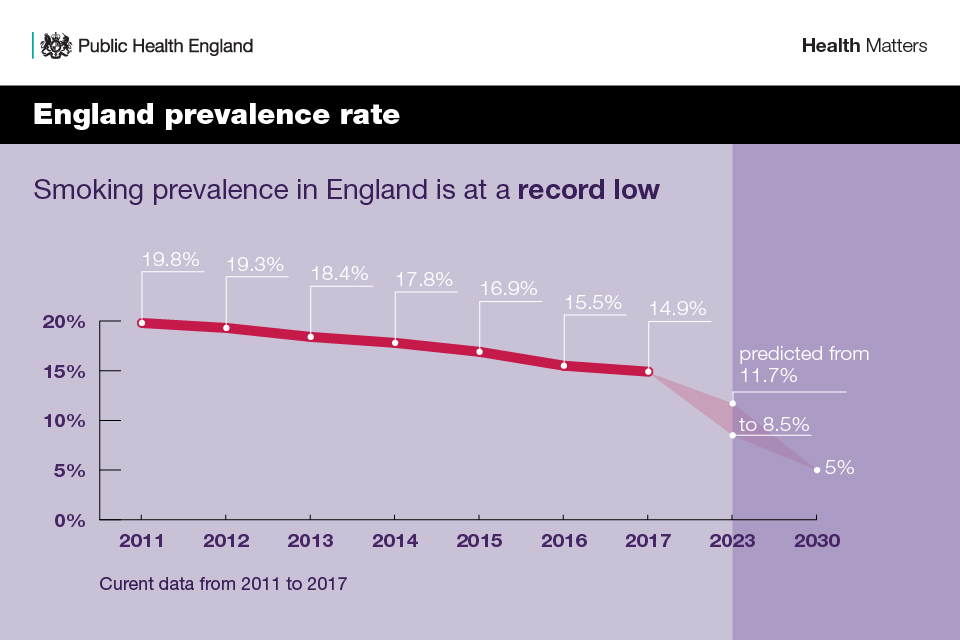 At the moment, the update states, vaping is the most popular stop smoking aid in England, with over half of vapers having quit tobacco and the rest saying that this is their aim.

It is quite unequivocal that, despite ridiculous protestations from those indulging in science-denialism, “there is growing evidence that e-cigarettes are helping many thousands of smokers in England to quit. The available evidence from research trials suggests that their effectiveness is broadly similar to prescribed stop smoking medicines and better than NRT products if these are used without any professional support.”

“E-cigarettes are particularly effective when combined with expert help from a local stop smoking service,” it continues. “In 2017 to 2018, around two-thirds of smokers who got this support stopped smoking successfully.”

Addressing health specialists directly, it points towards NICE guidance NG92, the advice produced by the British Medical Association and the video released by the Royal College of General Practitioners.

Finally, it adds: “The National Centre for Smoking Cessation and Training (NCSCT) has developed a free online training module on e-cigarettes for healthcare professionals.” 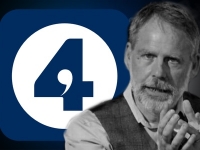