Australia On The Brink

Australia is the home to box jellyfish, bull sharks and a host of other dangerous creatures. It harbours more deadly snakes than any other country in the world, and some of them stride on two legs opposing vaping and harm reduction. A valiant effort by the Liberal party has managed to secure an independent inquiry to look at the impact of vaping. 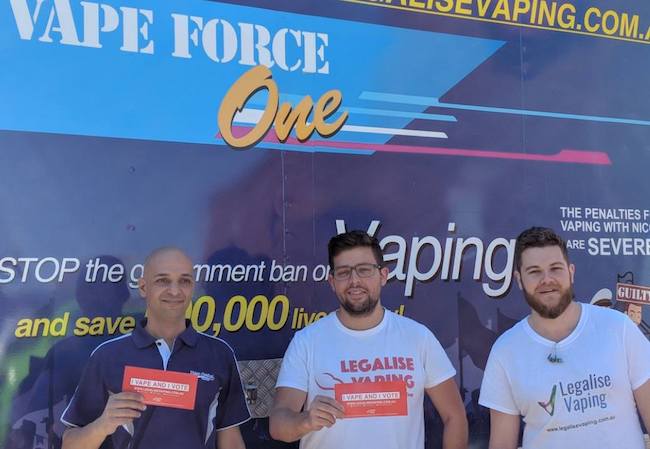 Ludicrously, it is illegal to possess nicotine vape liquids in all states and territories, with penalties of up to $45,000 and 2 years in prison.

Australia has already held one inquiry looking at vaping; the report was published in March. A mark of how reasonable it was is evident in the time given and weight it accorded to the opinions of Simon Chapman, Mike Daube, David Bareham and Martin McKee. It even treated research by Stanton Glantz like he’d conducted proper grown-up science.

Of note is that the report included two dissenting reports – one from Andrew Lamming and the other by Trent Zimmerman and Tim Wilson. Lamming’s was exceptionally short and to the point: “Life is short and shorter for smokers. Just legalise vaping.”

Last month, Brian Marlow, Campaign Director for Legalise Vaping Australia, said: “The federal parliamentary committee handed down its report six months ago, and the federal government – consumed by in-fighting and self-interest – has done nothing about it.”

Then came the news that smoking rates in South Australia increased from 14.9% in 2016 to 16.5% in 2017. Still people like Chapman harped on about quitting cold turkey working – even though it clearly isn’t. In fact, Chapman couldn’t even read the data table correctly that he was using to support his ridiculous position. 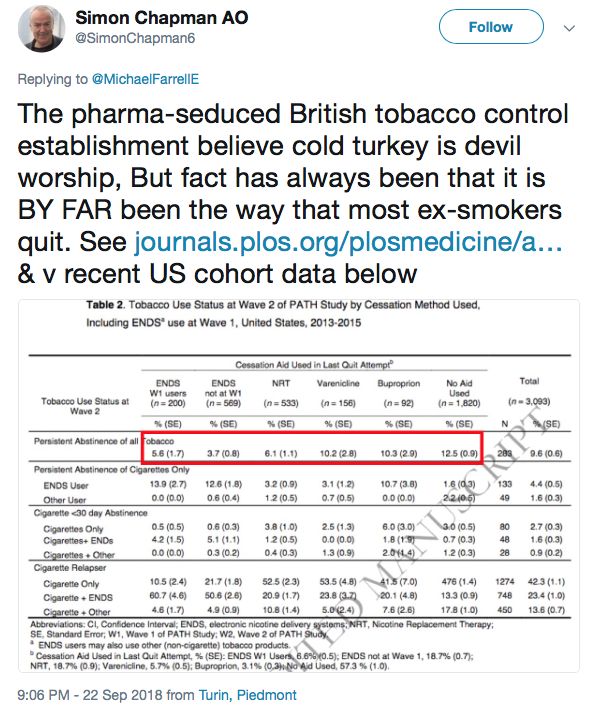 Carl Phillips commented: “I am not saying Chapman is an idiot or anything[*], but he managed to highlight row that excludes those who switched to vaping (i.e., still using something) and failed to notice that the VERY NEXT ROW is the measure of smoking cessation. [*Confession: I actually am saying that.]”

Time is running out for the entrenched positions of the Australian anti-vape brigade. Trent Zimmerman pushed health minister Greg ‘not on my watch’ Hunt into a corner and managed to get him to agree to an independent inquiry.

Immediately the forces of opposition sprang into action. David Gillespie threatened that the Australian Medical Association would oppose any moves to legalise vaping. Then up piped Chapman again, this time threatening researchers directly: “Any research agency which grasps this poisoned chalice will suffer major reputational damage.”

It’s clear, a genuinely independent review that doesn’t revolve around the Chapman-McKee-Glantz axis is striking terror into the hearts of those with vested interests in old approaches to tobacco control. When events in the UK, Canada and New Zealand are taken into consideration, the question can no longer be ‘if’ Australia will legalise vaping, but ‘when’. Snakes had better beware. 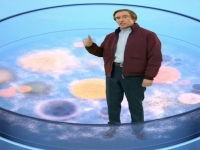