Something Stinks in Gottlieb’s Toilet Campaign

The Food and Drug Administration (FDA) is rummaging around in the sewers as part its on-going marketing campaign to attack vaping. It has released a video that looks like a trailer for a teen horror film and is going to be advertising in school toilets. Meanwhile, Scott Gottlieb is clear that adult smokers and vapers will have to suffer.

Gottlieb, the FDA’s Commissioner, is on record saying: "It's now clear to me, that in closing the on-ramp to kids, we're going to have to narrow the off-ramp for adults who want to migrate off combustible tobacco and onto ecigs."

He has tossed aside all pretensions to balance and evidenced-based regulation as he and the FDA plough forward with measures aimed at hitting the vaping world hard. 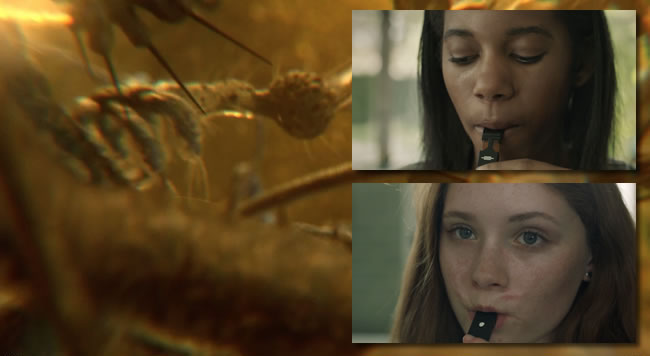 It's become apparent why Gottlieb has been saying “epidemic” as though it was the side effect of a nasty virus he contracted while on holiday. In fact, “epidemic” is now the new “it’s the wild west in the vape market” for all foaming anti-vape campaigners. The word features in the new FDA campaign announced yesterday; which features a video that looks like it was made by Sam Raimi and has Bruce Campbell showing everybody his ‘Boom Stick’.

Gottlieb continued: “Based on our evidence, we believe the presence of flavors is one component making these products especially attractive to kids. The mandate to reverse this trend in youth addiction to nicotine is one of my highest priorities.”

“The new campaign we’re announcing today seeks to snap teens out of their ‘cost-free’ mentality regarding e-cigarette use” – displaying yet more evidence of the FDA’s evidence-free approach to regulation.

“The FDA won’t tolerate a whole generation of young people becoming addicted to nicotine as a tradeoff for enabling adults to have unfettered access to these same products.”

So, Americans can look forward to flavour bans nationwide. 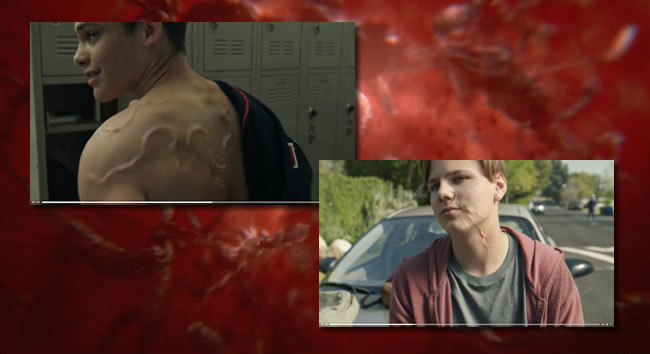 Neither the voiceover actor, advertising company producing the video or anybody at the FDA noticed that ‘acrolein’ was mispronounced (sounding like Acro Lion) – prompting Carl V Phillips to write: “This really says something: FDA spends millions on this and will be touting it all year. But no one involved knew enough about the topic to know the voice actor was mispronouncing a word. That is how much the FDA … and Scott Gottlieb care about science.”

It’s impossible to watch the video and not be reminded of Reefer Madness, a 1936 propaganda film whipping up baseless fears and intended to bend public to the will of a bunch of ideological truth-deniers.

Jerome Adams, 20th Surgeon General of the United States, threw his oar in to comment on the campaign: “We must make it crystal clear to today’s young people that e-cigarettes deliver nicotine to the brain, making them addictive, and that using e-cigarettes can expose them to dangerous chemicals, which can cause irreversible lung damage when inhaled.” 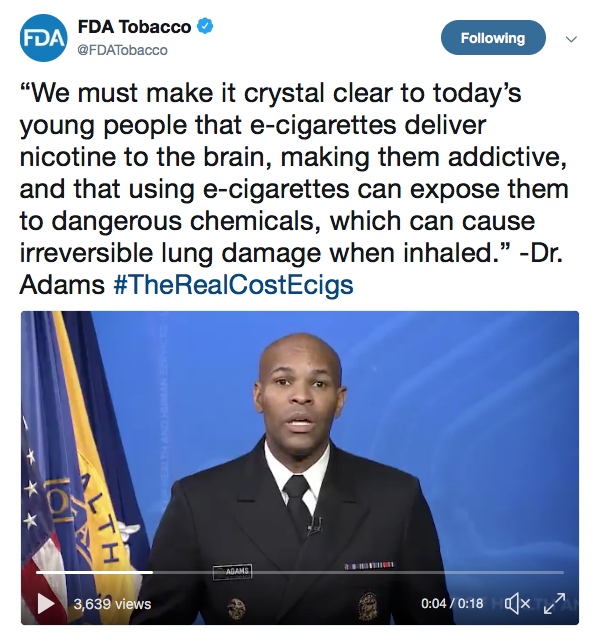 Adams’ protestations and public display of ignorance is redolent of the hysterical nonsense comedian genius Chris Morris managed to engineer with celebrity denunciations of CAKE.

But this situation is far from funny.

Kathy Crosby, Office of Health Communication and Education at the FDA's Centre for Tobacco Products, announced the in-school part of the campaign: "For the first time ever, we are bringing the campaign into high schools to the point of contact where they are doing the behaviour.”

Kids checking their homework marks online will now see a video with a voiceover telling them: “Flavoured vape juice may not be as sweet as it sounds.” This film depicts strawberries rotting and fungus forming – because that’s exactly what happens when eliquid enters the lungs presumably.

Teens venturing into the school bathrooms will see posters bearing the legends: "Strangely enough, some students come in here to put crap into their bodies”, "Vaping can put dangerous chemicals, like diacetyl, into your lungs”, and "Vaping can deliver nicotine to your brain, reprogramming you to crave more and more”. 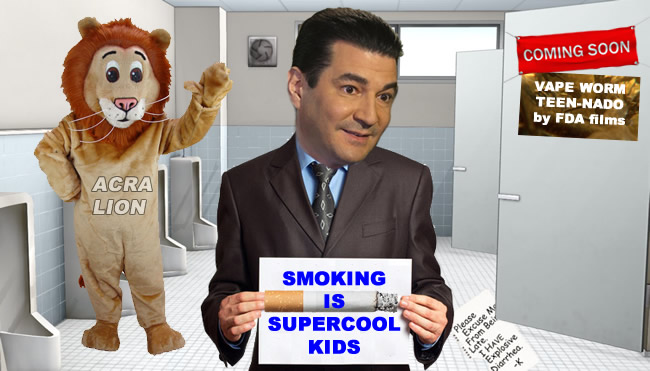 Clive Bates called the campaign an “anti-proportionate assault on relatively benign products.” He said the language and imagery are “grossly misleading and abusive”.

Gottlieb concluded: “I am meeting with largest manufacturers myself, and I won't stop until this problem is solved. It may be the most important thing I do in my time as commissioner.”

The war the FDA is waging against harm reduction and evidence is certainly one of the most irresponsible things Gottlieb will ever do in his life. 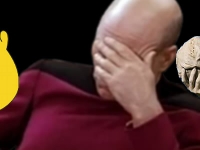 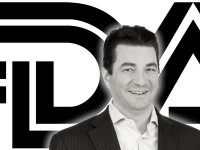