Norman Lamb presented the “Seventh Report of the Science and Technology Committee, E-cigarettes, HC 505” during a debate in the House of Commons on Thursday. He combined this with an article in The Times clarifying some of the wilder statements put about in the media following the report’s release.

Our coverage of the Report of the Science and Technology Committee, E-cigarettes, HC 505

Norman Lamb, the chairman of the committee, introduced the report and began by thanking the other MPs involved in its process. Lamb continued: “It is strictly an evidence-based report. The bottom line is that we produced this report because smoking kills.”

“In 2016, the government’s own figures estimated that 2 million smokers had used these products and stopped smoking, and a further four hundred and fifty thousand were using them to stop smoking.” 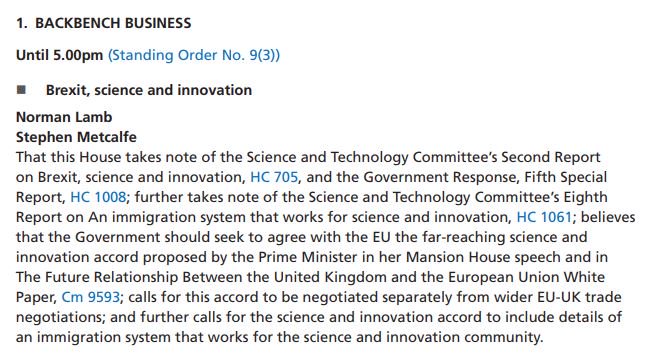 He spoke about the growing consensus that e-cigarettes offer a sizeable level of reduced harm – and he reeled off a list of the respected bodies who take this view.

“The clarity of our message is really important. Some people urge a more cautious approach because we do not know everything about long-term risk – but we can conclude, and I quote, ‘any judgement of risk has to take account of the risk of NOT adopting ecigarettes, that is continuing to smoke conventional cigarettes, which are substantially more harmful. We know they kill’. There is a price to be paid in human lives through adopting a more cautious approach.”

He addressed three of the main points from the report: the need for more research, the use in mental health settings and vaping in public spaces.

Lamb stated that this is not the end point, evidence will be collected annually and the government will sponsor research to ensure that evidence is fair and balanced.

Bob Blackman, chairman of the All-party group for Action on Smoking and Health, welcomed Lamb’s presentation and said: “The clear message to smokers is that the safest way to restore your health is to give up smoking completely, but alternatively, as a route towards that, taking up ecigarettes instead of smoking is clearly a better outcome.”

Blackman was concerned over vaping in closed public spaces and said he thought it could encourage smokers to smoke again. Lamb debunked that position by quoting Dr Jamie Brown of University College London: “Any perceived risk associated with offering reassurance before we have full long-term data must be balanced against the risk associated with the opportunity cost of failing to inform millions of people, who are currently smoking uniquely dangerous products, that they believe ecigarettes are safer – when they believe, wrongly, that they’re not.”

Lamb addressed Blackman’s concerns in the house, but also in an article he submitted to The Times: “One recommendation was for a much-needed public debate on how e-cigarettes are dealt with in public spaces. That debate should be informed by the evidence. Although there is no public health rationale for treating e-cigarettes and conventional cigarettes as one and the same, there are nuisance justifications for restricting their use in enclosed spaces such as public transport.”

“The challenge is to strike the right balance by addressing the concerns of the many people (including myself) who find e-cigarette vapour unpleasant and intrusive, while capitalising on the huge benefits that e-cigarettes can bring in helping to bring down smoking rates. It surely makes sense, for example, not to send vapers to the same smoking shelters that smokers use.”

Carol Monaghan sat on the committee wants employers and public buildings to take a more realistic view of the use of e-cigarettes: "Perhaps a room or a dedicated area set aside so e-cigarette users are not being forced to come face to face with the thing they are trying to give up?"