The BBC, The Independent, The Mail and more besides, have leapt on a paper claiming to prove that vape is dangerous to lungs. Hysterical headlines are couched in terms like “possibly” and “could”, with minor balancing comments at the end. It’s yet another shameful chapter in the media’s desire for page hits over the damage done to tobacco harm reduction.

The team consisted of Scott, Lugg, Aldridge, Lewis, Bowden, Mahida, Grudzinska, Dosanjh, Parekh, Foronjy, Sapey, Naidu, and was led by David Thickett from the University of Birmingham. The bulk of this team has form for finding a similar negative spin on harm reduction. Scott, Lugg, Aldridge, Dosanjh and Thickett previously worked to find a way of proving that vape is more dangerous than eliquid in 2016.

This study continued that work, even down to the choice of out of date equipment. They used “a second generation Kanger e-cigarette device which was the most popular in UK at the beginning of 2016”.

The device consists of a standard 650mAh battery and they fitted a fresh 1.8Ω coil head prior to each sampling exercise. No details are given about whether or not they primed the coil head but we do know that they took 3 second puffs every thirty seconds and used a 36mg liquid. 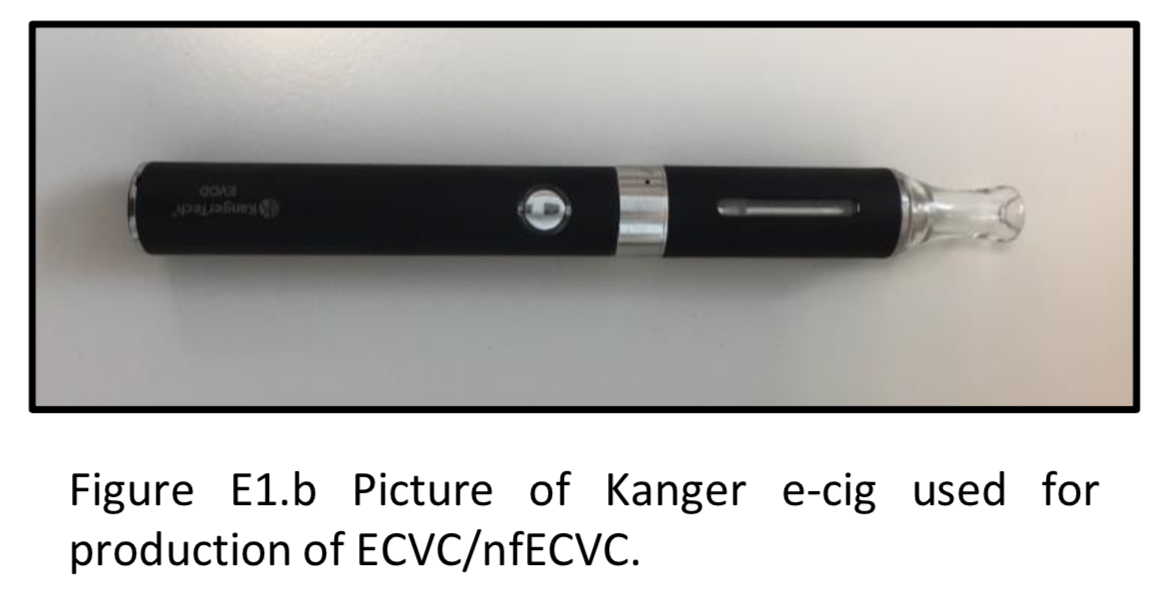 The team states: “E-cigarettes may be more harmful than we think, as some of the effects were similar to those seen in regular smokers and people with chronic lung disease.” 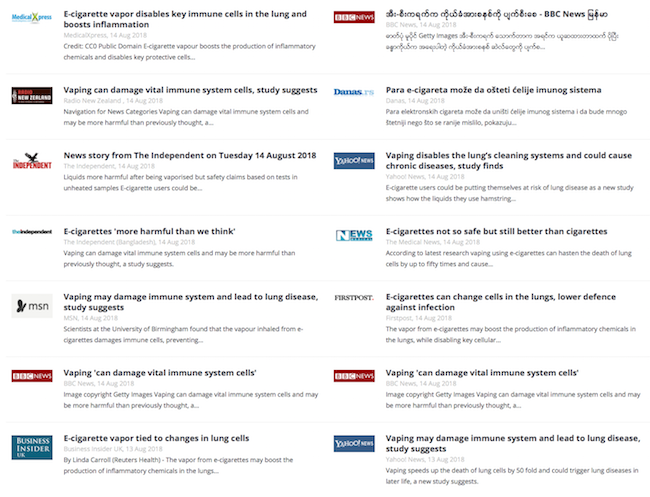 The repeated samples were turned into liquids, which was then applied to dishes containing cells. The cells were left exposed to this liquid for 24 hours. Once again, an experiment is absolutely failing to replicate conditions experienced when vaping – and makes a nonsense of their use of the term ‘may’.

The researchers concluded that the vaping process ‘could’ damage vital immune system cells, but does not state that it ‘does’, and (again) this is only under lab conditions and not in-vivo. 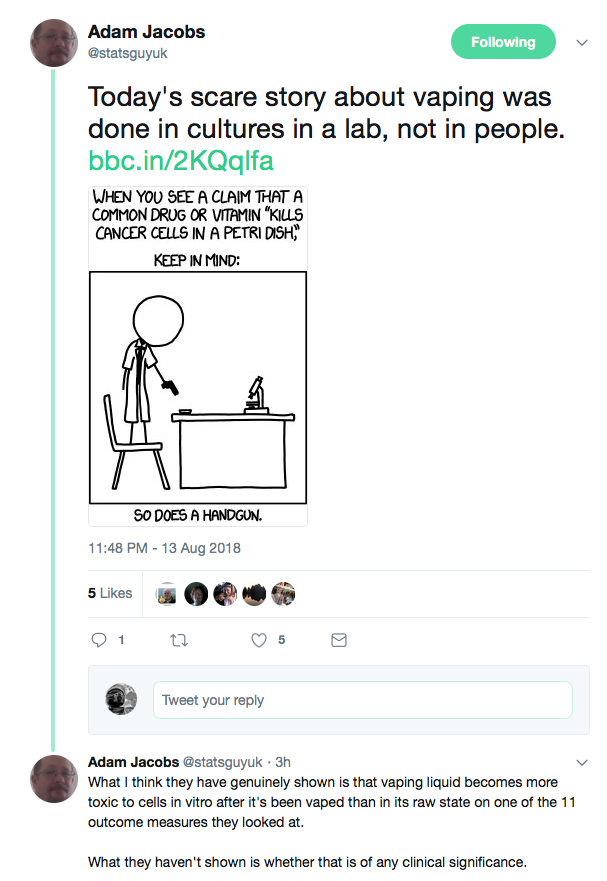 Thickett makes the bizarre claim “that many e-cigarette companies have been bought up by the tobacco giants,” and, “there’s certainly an agenda to portray e-cigarettes as safe.”

Vapers accept that vaping is not safe, because nothing in life is “safe”. It is safer than smoking, at least 95% safer. This is what harm reduction is. As for the reference to the tobacco industry, it’s utter nonsense. Juul, an independent company, owns over two-thirds of the only section of the vape market Big Tobacco operate in – and this doesn’t include third/fourth generation devices and the massive independent eliquid market.

Thicket sees some kind of conspiracy where there isn’t one. He probably suspects that Public Health England has been duped when it states there is “overwhelming evidence” in support of vaping and that it poses “negligible risk to bystanders”.