The highlight for every Planet of the Vapes forum ape was the POTV marquee, full of laid back tunes, comfy chairs and an endless supply of free tea. Members came from far and wide to enjoy the relaxed atmosphere, browse stalls and drop pizza on the floor.

It was agreed that being able to meet up, swap stories and have a good laugh was key to the weekend being fun. Hundreds arrived in Shropshire to enjoy the incredible weather, amusingly-priced pulled pork rolls, visually challenging clothing and guzzle everything from pints and shorts to bottles of wine by the containerload.

It all began on Friday, when vendors began turning up to set up their stalls. 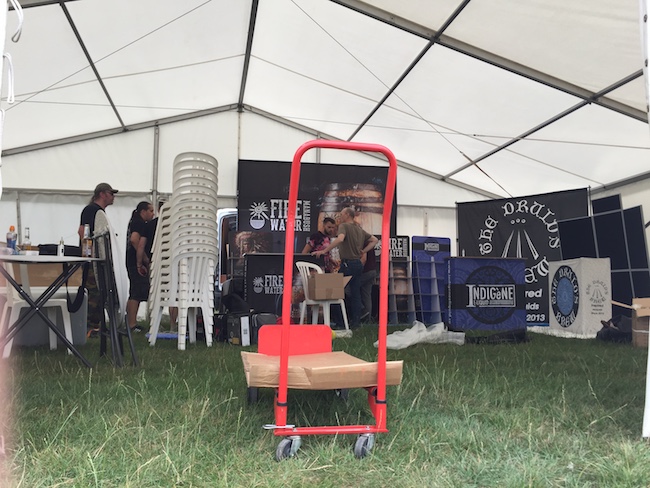 There was plenty of work to do and the incredible heat didn't make it easy. Shelves, flags, and stands needed erecting. Bottles and devices needed laying out - and, over in the POTV marquee, tables and chairs needed to be placed in very precise positions. 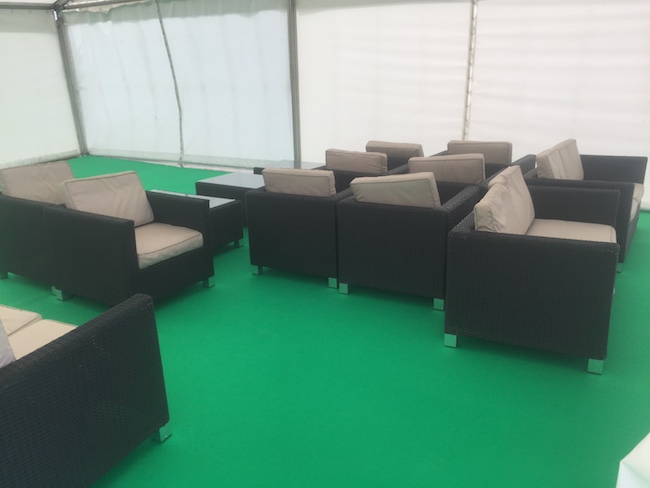 It was a work of love that called for a well-deserved beer - but the beer van had yet to open its shutter. Fortunately for some dehydrated chair chuckers, some members had already arrived in the camping field, replete with vans containing fridges and ice-cold bottles of Sol.

Then it was off to find cold showers and comfy rooms. Shrewsbury had spared no expence in order to roll out a warm welcome to the hordes of vapers descending on its doorstap. One hotel in particular made up some friendly notices. 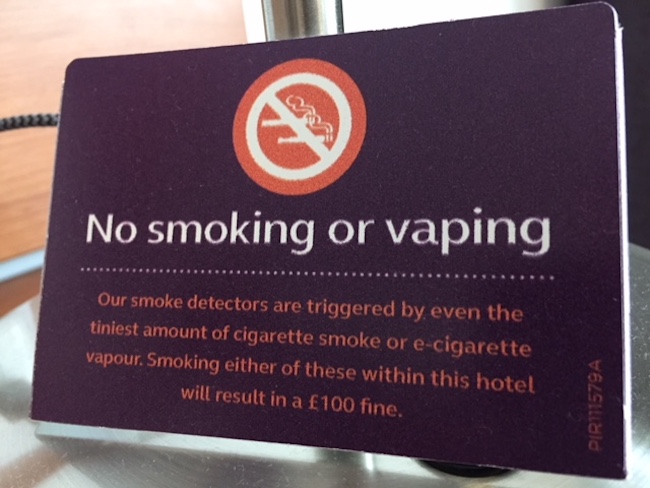 Soon pubs and outdoor tables thronged with chatter, the sound of glasses being filled and emptied, and laughter. A lot of laughter.

Good friends greeted each other, while strangers who had only known each other by lines of text discovered they had a lot more in common than enjoying a good vape. Vendors and customers, organisers and attendees, POTV owners and members mingled to chat about devices, juices, the state of vaping and everything else under the sun.

Then, after a fitful sleep, it was time for breakfast and for some to join queues at the showground. 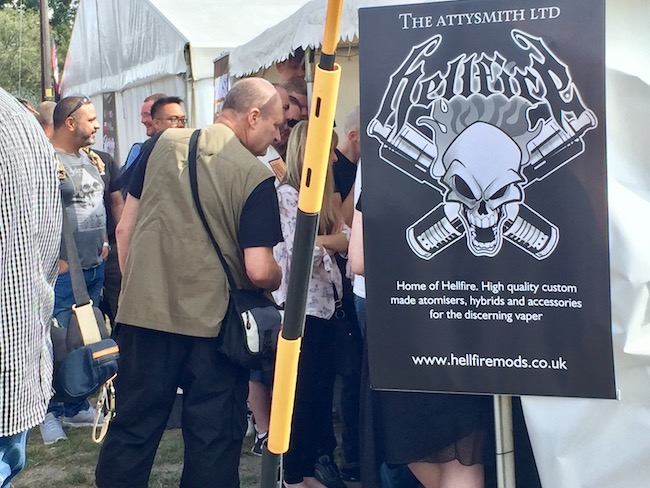 Clearly, the first port of call for people in possession of a fat wallet was the Hellfire tent. Poor journalists are unable to afford such luxury, but many others could avail themselves of the new mod as the line stretched back towards the entrance. 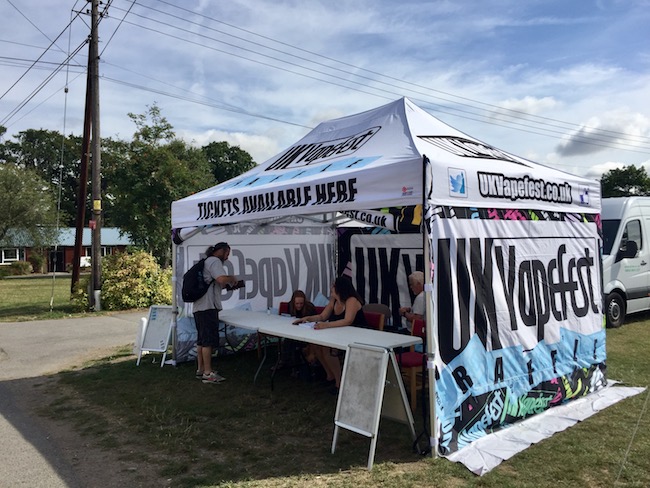 Raffle tickets were purchased, and then it was time to wander around in the hope of spending money on new liquids, a shiny atomiser or a mod to make a vaper the envy of the rest of the community.

Top of many shopping lists was the new dripper, the Salix, from Eden Mods (now available from their website or one of their distributors). Andy and Lee were also selling other items at incredible prices and it was the perfect opportunity to stock up on Trillium windows or a bargain Rose V3.

POTV lost a key member in Tubbyengineer recently, a gentle man who went out of his way to help everybody and was a font of knowledge when it came to regulated devices. Following an unfortunate incident, Eden Mods very generously donated a Salix to be sold so the proceeds could go towards Tubbyengineer's fund. We would like to express our deep gratitude to Lee and Andy's generosity - and that of all the other people who contributed over the course of the weekend. Thank you. 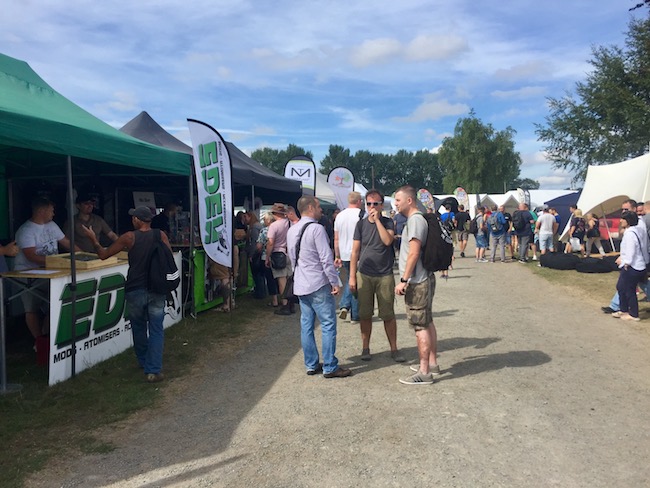 By now, people were beginning to drift into the POTV marquee (some in considerably worse condition than others). Mods were poked, prodded and vaped - and nobody at all wondered out loud if forum member tobywonkanobi was overcompensating for something with a device the size of a small family hatchback. 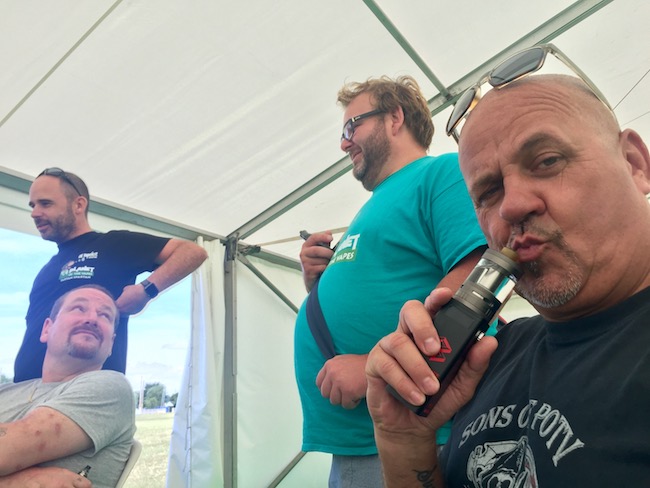 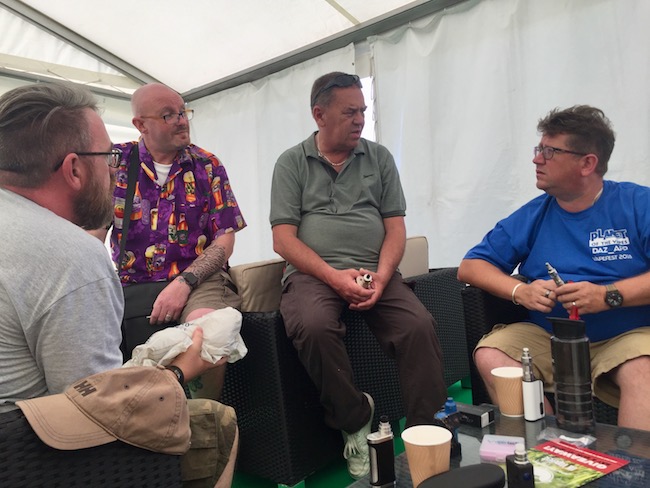 Readers will be relieved to discover that rumours of a forum moderator being arrested by the police for wearing an offensive shirt in a built up area during the hours of daylight are unfounded.

Before long it was time to go off to do some more shopping, grab a pint of refreshment and get ready to do it all over again on the Sunday. 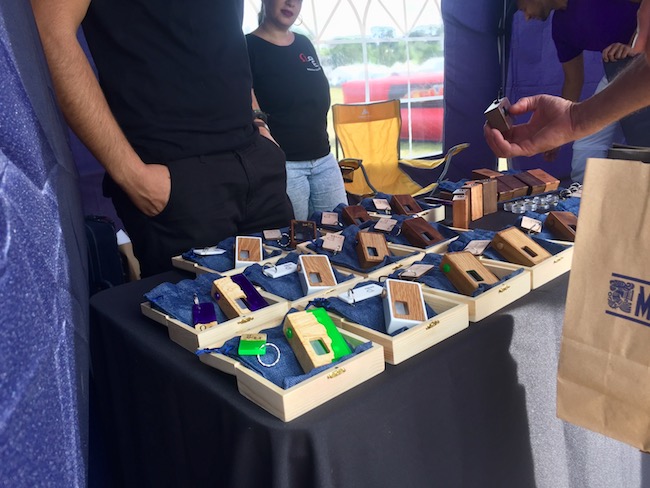 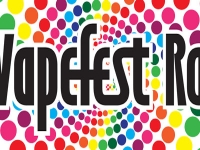 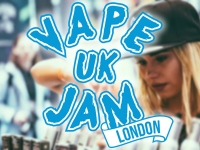