The New Nicotine Alliance (NNA) has applauded Sir Kevin Barron for vocalising his support for vaping. In a parliamentary Tobacco Control Plan debate, Sir Kevin spoke of his commitment to electronic cigarettes and called for the government to be more positive about the benefits of tobacco harm reduction products.

The debate took place on the 19th July in the House of Commons, where Barron highlighted the gulf between the UK and Ireland, two countries with identical traditional tobacco control policies but with differing approaches to e-cigarettes. Between 2012 and 2016 smoking dropped by nearly a quarter in the UK. In Ireland, where e-cigarettes are viewed with suspicion, the smoking rate actually went up in this period. 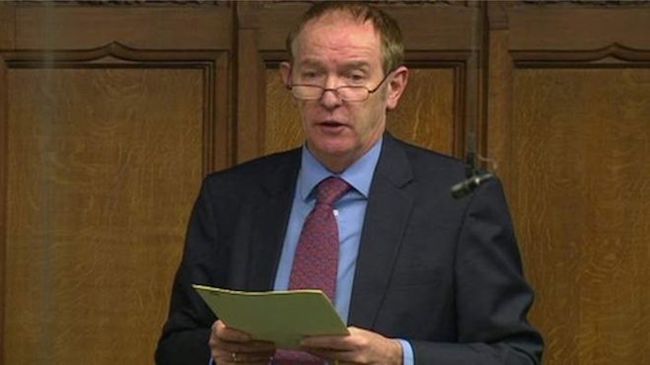 Sir Kevin is a widely respected MP for the two decades of experience he has working in the field of tobacco policy. He suggested that a “proper harm reduction strategy” which further welcomed the advent of innovative nicotine delivery products could deliver significant further benefits to public health in the UK.

NNA’s Sarah Jakes wrote: “The NNA applauds Sir Kevin’s bold vision of the increased role that tobacco harm reduction could play in the future of tobacco control policy and calls on Under-Parliamentary Secretary of State, Steve Brine, to be less cautious and to commit to promoting a better understanding of risk reduced products amongst health authorities under his charge.”

She said: “E-cigarettes are a proven safer alternative to smoking and the UK boasts 1.5 million former smokers who have converted from combustible tobacco to exclusively vaping instead. Sir Kevin’s comments are most welcome, but it is continually disappointing that Steve Brine is reluctant to recognise the part that recreational use of these products can play. Instead of adhering to a goal of total nicotine abstinence, it would be better to install policies which would encourage long-term use of alternatives.”

“As mentioned during the debate, many smokers genuinely enjoy smoking and view giving up smoking as giving up on an enjoyable part of their life. Devices that can deliver the nicotine they enjoy without the harm of combustible tobacco are a perfect solution for huge numbers of people. Government should be more understanding of the pleasure that nicotine can deliver and of the reasons that current smokers continue to smoke.”

“Pleasure should not be a dirty word when it comes to nicotine, just as it isn’t when talking about a pint in the pub or a welcome coffee in the morning. It is the combustion of tobacco, which causes the harm, and if smokers are more confident in trying reduced risk products, there will be even more future public health successes, like the ones highlighted by Sir Kevin yesterday," added the NNA chair.

“The UK is regarded worldwide as a global leader in tobacco harm reduction and the results speak for themselves”, said Jakes, “therefore we hope that Mr Brine will show more leadership, and less caution, towards safer nicotine products to better enable him to achieve the ambitious targets that he has set in the government’s Tobacco Control Plan.”

The New Nicotine Alliance is a charity concerned with improving public health, through a greater understanding of new (risk-reduced) nicotine products and their uses. You can support their hard work by joining as a supporter for free.