Recently, the Royal College of Physicians (RCP) has been at the forefront of a drive towards tobacco harm reduction. When it reported that vaping held at least 95% less risk than smoking, it created waves around the world. In its latest document, the RCP argues (among other things) for vaping to be accepted on NHS hospital grounds.

“One area where policy and practice have singularly failed to achieve their potential, and that is in helping our patients who smoke to quit,” begins the RCP report.

It’s a job that was difficult to begin with, but combined with budget cuts it has become almost impossible to address. Spending has fallen by 30% since 2013-14. It’s something the RCP’s president Professor Jane Dacre believes needs to be addressed immediately: “Our consistent failure to act on the largest avoidable cause of premature death and disability in the UK needs to be remedied.” 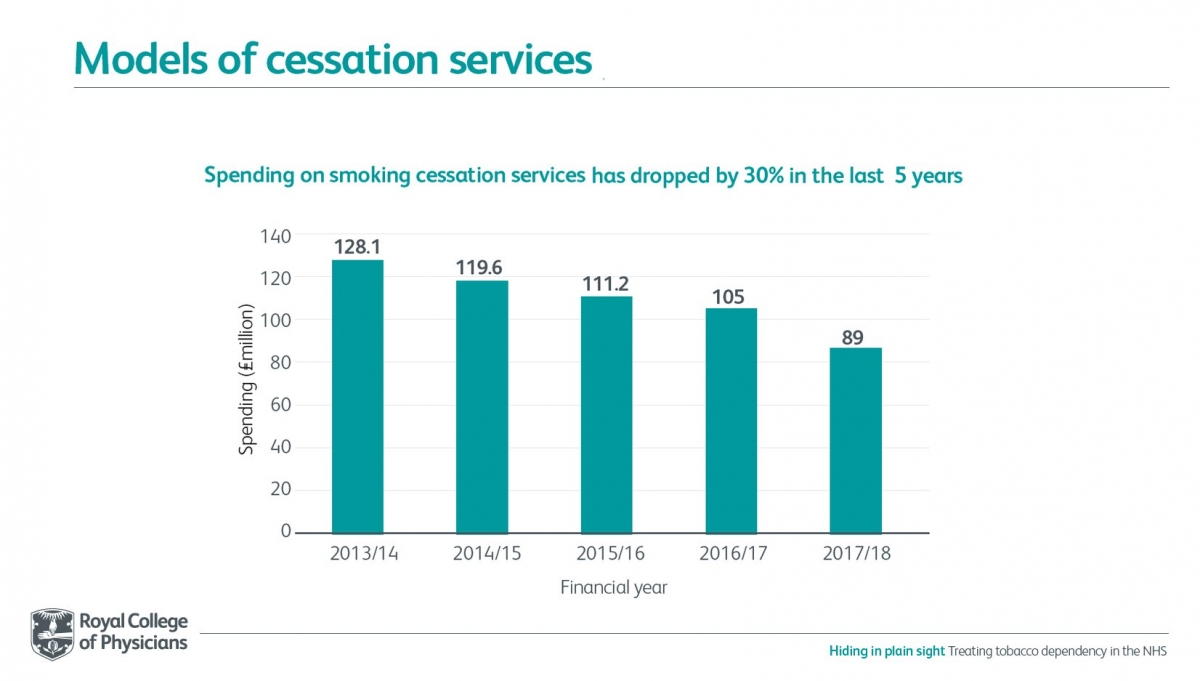 The RCP tweeted: “The impact of the cut in smoking cessation services over the past 5 years. With 3,000 smokers admitted to hospital every day ‘Hiding in plain sight’ says we ignore this continuing pubic health issue at high cost.”

The RCP’s press release states: “The report, Hiding in plain sight: Treating tobacco dependency in the NHS, says that giving smokers the help they need to quit smoking while in hospital will save lives, improve quality of life as well as increasing life expectancy, and help to reduce the current £1 billion per year cost to the NHS of smoking by patients and staff.”

The authors argue that treating tobacco dependency is not confined to disease prevention as, “in many cases it represents effective disease treatment.” They believe that all clinicians, not just those working in areas related to tobacco harm, can work to improve patients’ lives by helping them switch or quit.

The report contends: “Current models of delivering stop smoking services separately from mainstream NHS services, while successful in the past, may now not be the best approach because the patient has to seek help themselves,” and that, “most health professionals receive little or no training in treating smokers”.

The authors note that smoking treatment has become a Cinderella service, as the NHS doesn’t: 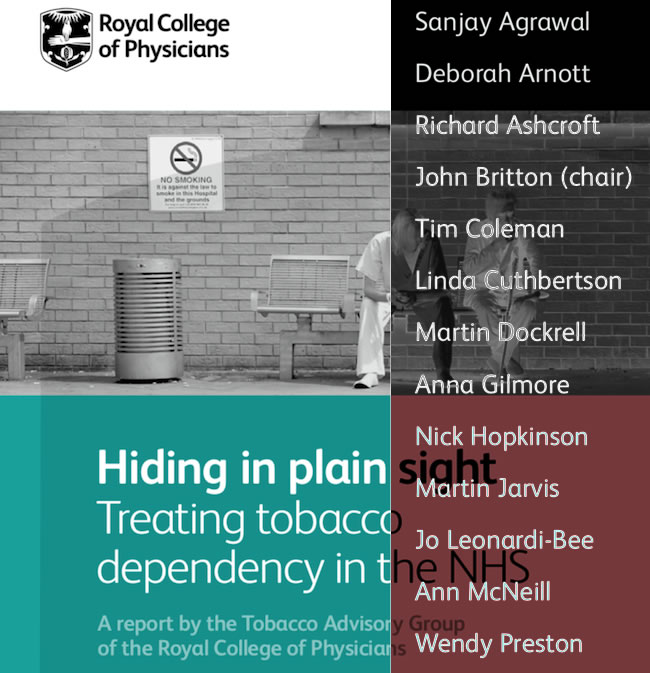 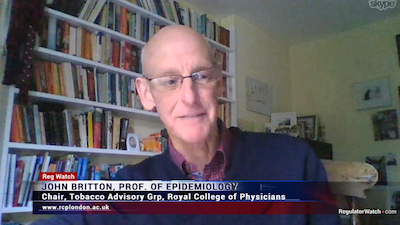 Professor John Britton said: “Treating the more than one million smokers who are admitted to hospitals every year represents a unique opportunity for the NHS to improve patients’ lives, while also saving money. For too long the NHS has failed to take responsibility for smoking, while prioritising other, less effective activity.”

He continued: “Smoking, the biggest avoidable cause of death and disability in the UK, is hiding in plain sight in our hospitals and other NHS services; the NHS must end the neglect of this huge opportunity to improve our nation’s health.”

Dr. Sanjay Agrawal, consultant in respiratory and intensive care medicine, University Hospitals of Leicester NHS Trust commented: “This is an ‘open goal’ for the NHS. We can save lives and save money by applying simple effective treatments in the same way that we do for millions of other patients - these treatments are very low cost. The changes would be pretty straightforward to make and we would start reaping the benefits in the first year, taking some of the strain off the NHS.”

Agrawal made a direct plea to Jeremy Hunt MP: “A million smokers use NHS hospitals each year and go untreated despite falling prevalence - costs to the NHS of £1bn each year. Lets use the NHS settlement to mainstream treatment.”

Professor Britton continued: “The NHS has ignored smoking for decades. Doctors are not trained in smoking cessation, even though it works well. Patients are not offered guidance and in many cases are not even asked if they smoke. Those who are asked and say yes are unlikely to be offered smoking cessation services and, if they are, often fail to take them up.”

The British Medical Journal reports that nobody knows how many smokers attend Primary care – but “what is recorded are the numbers of people who use smoking cessation services, and these are falling sharply.”

By implementing the recommendations, and supporting smokers to switch to vaping, the report concludes that there are massive savings to be made: “Basing its costings on a programme originated by clinicians in Ottawa, the report estimates that the plan would cost £24 million in its first year but save £84 million. The long term savings are far higher: £1bn, made up of £800m saved from treating disease and another £200m saved in productivity of staff who have smoking related diseases.”