Residents of San Francisco have voted for ignorance, to support lies and to uphold the right to do the stupidest things possible – consigning a safer product to the bin and revisit the failed approach of prohibition. Nearly 70% have voted to support a ban on flavoured eliquids.

The media framed it, as was the desire of those campaigning for the ban, as a battle between Big Tobacco Vs. former New York mayor and billionaire philanthropist Michael Bloomberg – with immoral public health groups also campaigning with Bloomberg for an outcome least beneficial to the health of the public.

The vote obtained 46,452 votes from people with common sense, decency and an enlightened view of harm reduction. Their goal was crushed by the massed ranks of stupid, numbering 100,580 (68.41%).

Campaign for Tobacco-Free Kids’ resident idiot Matthew Myers lied to the end: “San Francisco's ground-breaking law stands, and will stop the tobacco industry from targeting kids, African Americans and other populations with menthol and candy flavoured products, as the industry has done for far too long.”

The Truth Initiative has produced some pro-vaping papers recently. Increasingly representing a bi-polar organisation, it added: “Flavours play a significant role in drawing youth and young adults to tobacco products. San Francisco voters have made the wise choice to ban all flavours, including menthol, to protect their peers and improve public health.” 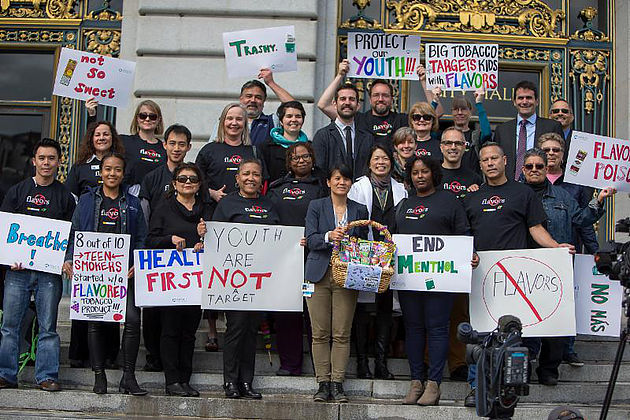 Reason.org’s Guy Bentley said: “Shameless demagogues rejoice in taking away the freedom of others.”

Carl Phillips warned of a continued drift towards feudalism, and pointed out that the vote represented: “bad news from the perspective of vapour product sales, human rights, and fundamental health ethics.”

Vaping 360’s Jim McDonald warns that Chicago is now looking at introducing a similar ban. The Vapour Technology Association is reporting that the New York senate is preparing to vote to ban all juice flavours except tobacco and menthol. 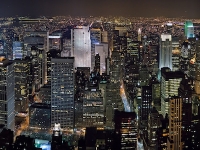