Does vaping help smokers quit? Not according to these people. The New England Journal of Medicine (NEJM) carries another study purporting to be a balanced and reasonable investigation of an aspect of vaping. Unfortunately, this is yet one more piece of scientific work that ignores common knowledge among vapers and thereby fails to discover anything of worth. 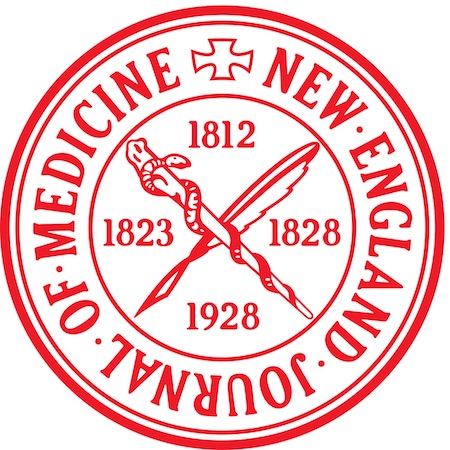 They write: “We randomly assigned smokers employed by 54 companies to one of four smoking-cessation interventions or to usual care. Usual care consisted of access to information regarding the benefits of smoking cessation and to a motivational text-messaging service.”

So far so good.

The team claim to have discovered that from 6,006 subjects, “sustained abstinence rates through 6 months were 0.1% in the usual-care group, 0.5% in the free cessation aids group, 1.0% in the free e-cigarettes group, 2.0% in the rewards group, and 2.9% in the redeemable deposit group”.

This all seems very clear cut and supports the team in stating that offering financial incentives was more successful than smokers being able to vape – even if vaping was twice as successful as the traditional quit products. 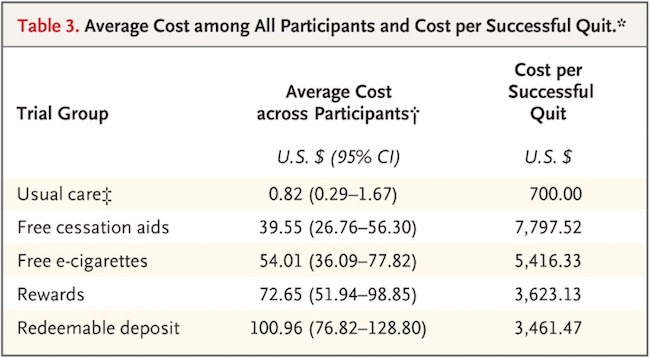 The team gleefully state that their work has “several strengths”.  This might be good news for employers looking to help employees quit smoking, the NEJM having another opportunity to bash vaping – or maybe offering Simon Chapman and Stanton Glantz something else to tweet about?

What is clear is the single, very major flaw in the entire proceedings: vaping works when the smoker can successfully substitute cigarettes for something that delivers nicotine successfully.

No doubt this study will go on to be quoted, but its glaring error means that they found out nothing regarding the efficacy of vaping products – just that poor cigalikes as twice as good for quitters than traditional Pharma nicotine replacement products. 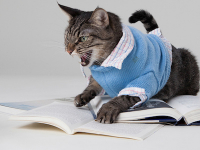