UNICEF has written to the (increasingly discredited) journal Pediatrics. The complaint regards “serious inaccuracies and misrepresentations” made by the authors. It follows widespread condemnation of the gateway from vape to smoking study and demands that it is retracted by the journal that is acting deplorably.

Benjamin Chaffee, Shannon Watkins, and Stanton Glantz wrote the risible study ‘Electronic Cigarette Use and Progression From Experimentation to Established Smoking’, demonstrating a woeful grasp of statistical analysis and concluding: “using e-cigarettes was positively and independently associated with progression to current established smoking”.

It is possible that anti-vape Glantz wasn’t able to focus on producing quality work due to the fact that he is facing two court cases (first, second) where he stands accused of sexual harassment and racism, among other claims.

In line with the peer-review process, letters pointing out the fatal flaws in the study were sent for publication in Pediatrics. The journal decided to then delete them. The Internet doesn’t forget and stores things that were previously published. 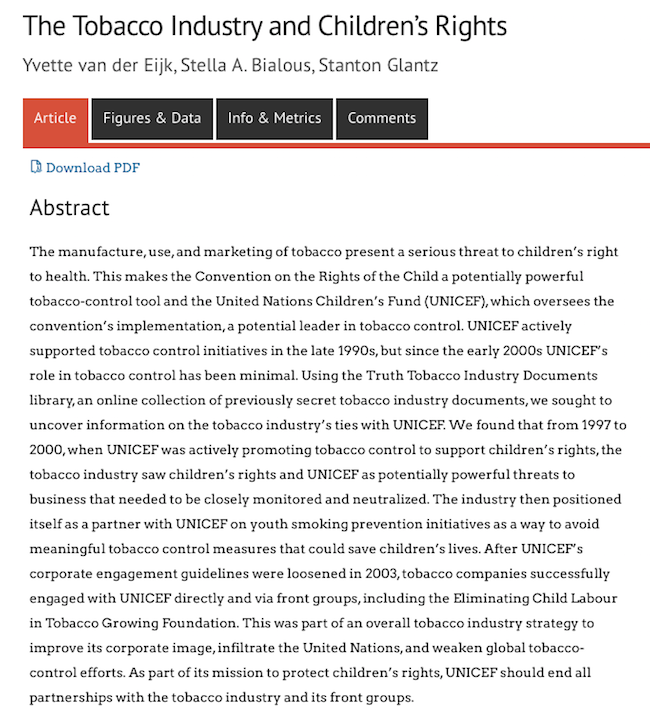 Professor Brad Rodu pointed out: “the authors omitted lifetime cigarette consumption … which is well known to be a profoundly important variable relevant to adolescent progression from experimental to established smoking.”

Then, following a ridiculous reply from the authors, Clive Bates, David Sweanor, David Abrams, and Raymond Niaura replied: “The response of Chaffee et al to the comments of Rodu & Plurphanswat is inadequate, disappointing and surprising.”

To remove any uncertainty, the foursome concluded that Pediatrics should “retract or insist on correction of such an obviously flawed paper when the flaws have been so clearly and dispassionately pointed out.” 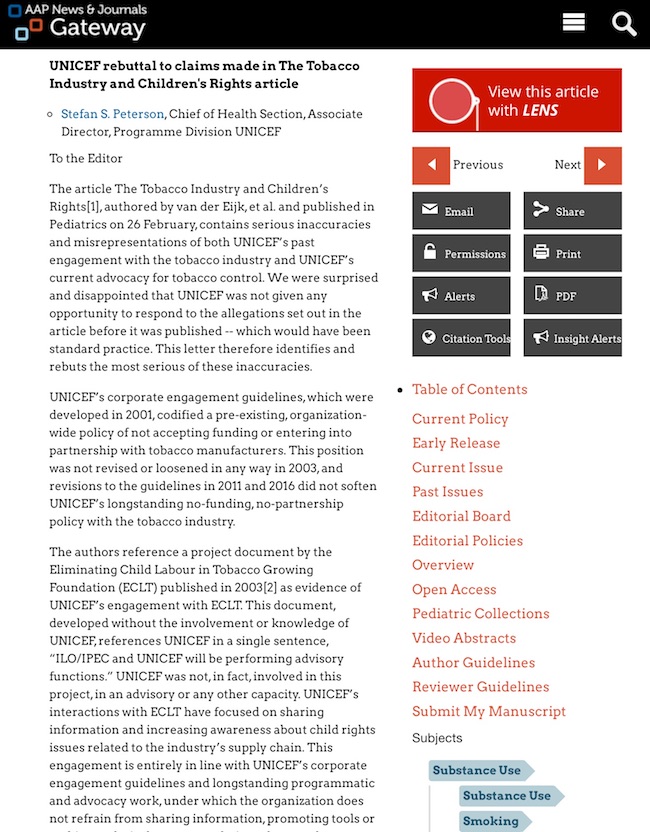 Carl Phillips summed up the state of affairs when he wrote: “instead of responding properly to this revelation, the editors not only redoubled their commitment to having published it, but went to great lengths to try to hide the problem from their readers. Once again, we have evidence that the phrase ‘according to a peer-reviewed public health article’ means little more than ‘I read this on the internet’.”

UNICEF have now entered the fray, condemning the authors for lying about its “past engagement with the tobacco industry and UNICEF’s current advocacy for tobacco control”.

It refuted allegations that it did anything other than have an overview of a project, not working in cahoots with tobacco companies, and then damns a funding lie: “The authors’ allegations that UNICEF received funding from tobacco manufacturers are also unfounded. UNICEF did not receive any funding from Philip Morris or Japan Tobacco International.”

The study has still not been retracted for its fatal errors. As long as this situation is allowed to continue the reputation of Pediatrics will sink to that of Stanton Glantz. 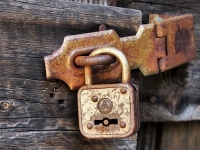 Call For Another Retraction 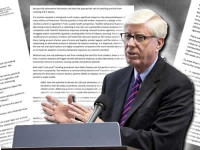