Kansas Paediatricians On The Marijuanas

This month’s issue of Pediatrics contains a study that plumbs new depths of ludicrous. The American Academy of Paediatricians (AAP) conducted a farcical exercise in data manipulation in order to come to the conclusion that if teens vape then they will go on to use cannabis.

At some level, this so-called study should be celebrated because (unwittingly or not) the Kansas authors actually admit that harm reduction is working. Citing that teen smoking rates have plummeted from 28% in 1996 to 8% in 2016, they still fail to join the dots when they write: “electronic cigarettes (e-cigarettes) are now rapidly replacing traditional cigarettes among youth.”

Worse, having just written that vaping is killing off smoking, they then trot out a lie that “a growing body of longitudinal studies [show] that youth who use e-cigarettes have higher odds of smoking cigarettes later”.

A longitudinal study is a one that takes repeated observations of the same thing over periods of time and is often a type of observational study. The authors claim that their work is also a longitudinal study, it isn’t. They have simply taken a data set from the Population Assessment of Tobacco and Health 2013-14 and applied some multivariable logistic regressions.

The team set out to see if they could link the question “Have you ever used marijuana, hash, THC, grass, pot, or weed?” to an ‘ever tried e-cigarette smoking, even 1 or 2 puffs’ type of response. 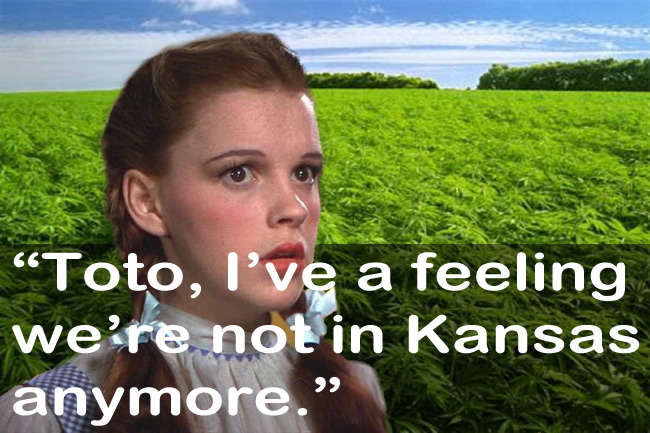 Surprise surprise, they did – although the other findings might have given them a clue on how to interpret it all if they’d considered them for a while: “E-cigarette ever users were more likely than e-cigarette never users to be older, male, white, and have poorer grade performance. They were also more likely to report sensation seeking, smoking cigarettes, drinking, and ever nonmedical use of prescription drugs and using other illicit drugs.”

Their conclusion, coming to a tabloid newspaper near you soon, is: “Our study revealed that e-cigarette use was associated with an increased risk of subsequent marijuana use among youth, with a stronger temporal association among younger adolescents. With these findings, we suggest that the widespread use of e-cigarettes among youth may have implications for the uptake of other drugs of abuse beyond nicotine and tobacco products.”

Of course, it could just be that people predisposed to trying marijuana might just also be those who will try vaping and that there’s absolutely no causal link from vaping to smoking cannabis? Or is that too simple for them? Maybe they should lay of the marijuanas for a bit.