Claiming that children’s lives are being put in danger because of the potential to mix up eLiquid with real food, the Food and Drug Administration (FDA) has written to a number of companies demanding they change their product design. The FDA appears to have an issue with cartoons, flavour descriptions and colours.

The letter has informed the juice manufacturers that the FDA and the Federal Trade Commission believe their products are “misbranded” under the Federal Food, Drug, and Cosmetic Act. The claim continues: “[This is] because their labelling and/or advertising imitating kid-friendly foods is false or misleading.” 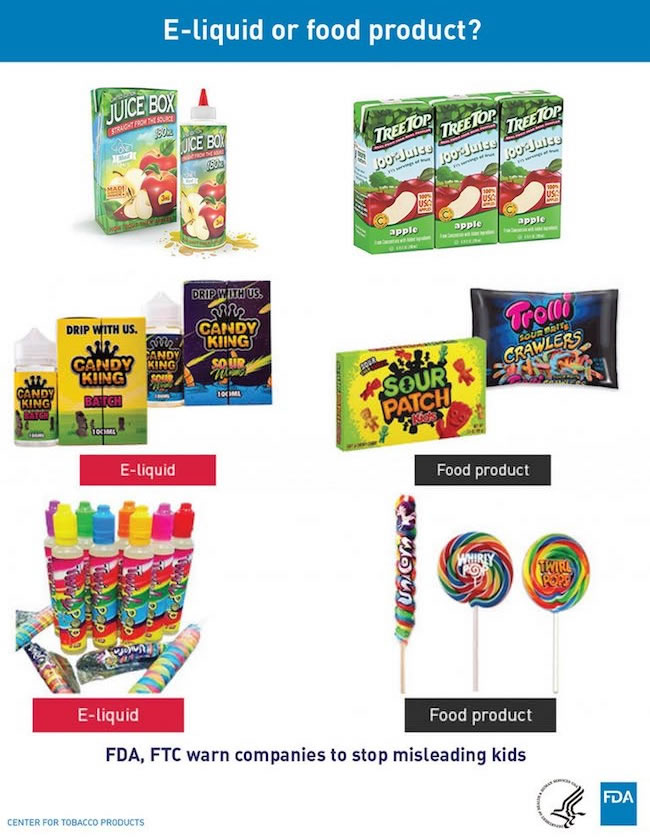 Lifted Liquids owner said: “It was something we already saw as a problem. Our goal is complete compliance with the F.D.A. and the F.T.C – and also to provide products that are going to give adult smokers the ability to get away from cigarettes and also something they are going to enjoy."

It’s a similar story at NEwhere, Inc., ex-makers of the apple juice box juice. They ceased production of the product back in 2017 in order to be “proactively responsible”.

All bottles in the States already have to have childproof caps. 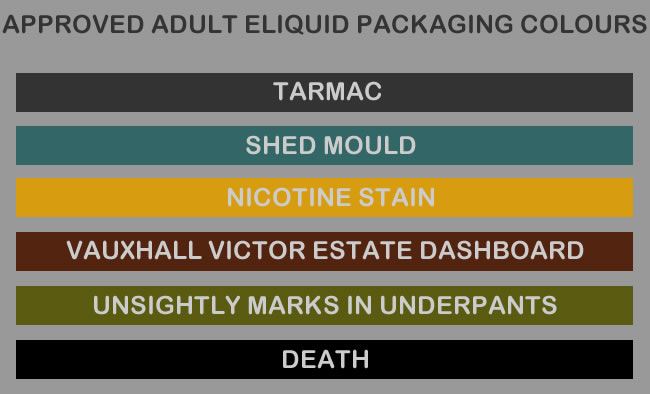 The remaining companies have 15 days to respond, indicating how they intend to amend their designs, or face “further action such as seizure or injunction”.

Oddly, calling the juice manufacturers above “egregious”, Gottlieb said: “It is hard for any reasonable person to see [these products] and not come to the conclusion they are deliberately being packaged and marketed in a way that is designed to not only be appealing to kids but also to confuse them by mimicking items they frequently consume.”

The second problem for the FDA was illustrated by the director of the Centre for Tobacco Products’ Mitch Zeller, who admitted that there hasn’t been a single recorded case of a child having an accident because they confused eliquid for real food. “Frankly, we are trying to nip this in the bud,” he attempted to explain – but failed to account for the last eight years of no incidents.

The Twitter account associated with the Centre for Tobacco Products sought to support the action by making a claim that the boom in vaping has led to an increase in the numbers of calls to poison centres - this statement was swiftly rebuffed by harm reduction advocate Carl Phillips, who called such claims “false”, because “poison control calls have dropped”. 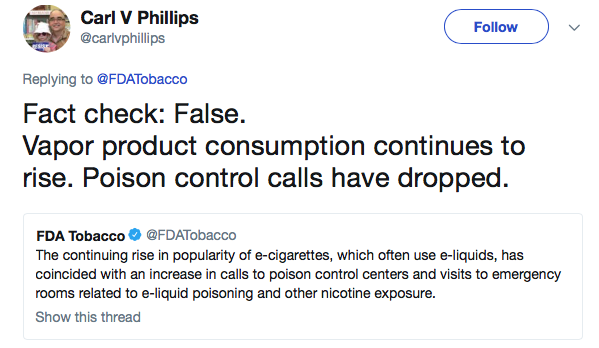 The American Vaping Association applauded action being taken, but warned against a war on flavours. The association’s president, Greg Conley, said: “I don’t have a lot of sympathy for companies that rip off the trademark of an existing product. That's not responsible marketing.”

Although this isn’t the issue for the companies named, the situation has been exasperated by irresponsible juice makers stealing designs from companies like popular donut, juice and sweet manufacturers. The worry is that the FDA’s action will role over into an attack on flavours in general.

"Flavours are critically important to helping adults quit smoking,” Conley added, “but that is no excuse for crass, bottom feeding marketing that violates US trademark laws. While we applaud this particular crackdown by the FDA, we are concerned that the agency will expand their campaign to include responsibly marketed flavoured products that are popular with adults looking for alternatives to combustible cigarettes."

"Thus far, FDA Commissioner Scott Gottlieb has wisely focused his Youth Tobacco Prevention Plan on cracking down on youth access to nicotine products. Adding predatory marketing to his list is a sound move. Nonetheless, we are disappointed that the FDA is continuing to neglect its obligation to focus on adults as well, as the FDA still refuses to inform adult smokers that vapour products are far less harmful than cigarettes."

The FDA's announcement can be viewed here.